With the title race in full motion, Ajax travelled to Alkmaar to face fourth-placed AZ. Ten Hag’s men hoped to go into the international break only trailing PSV by a mere two points, with the two pacesetters set to clash on 31 March. Unfortunately for the Amsterdam side, they were undone in a rather convincing way by Van Den Brom’s side.

Their 1-0 loss, thanks to a Guus Til tap-in from a corner, leaves them five points adrift heading into De Topper. This tactical analysis will look to untangle the situations that faced Ajax during the game and to point out ways in which they could have improved their buildup play. 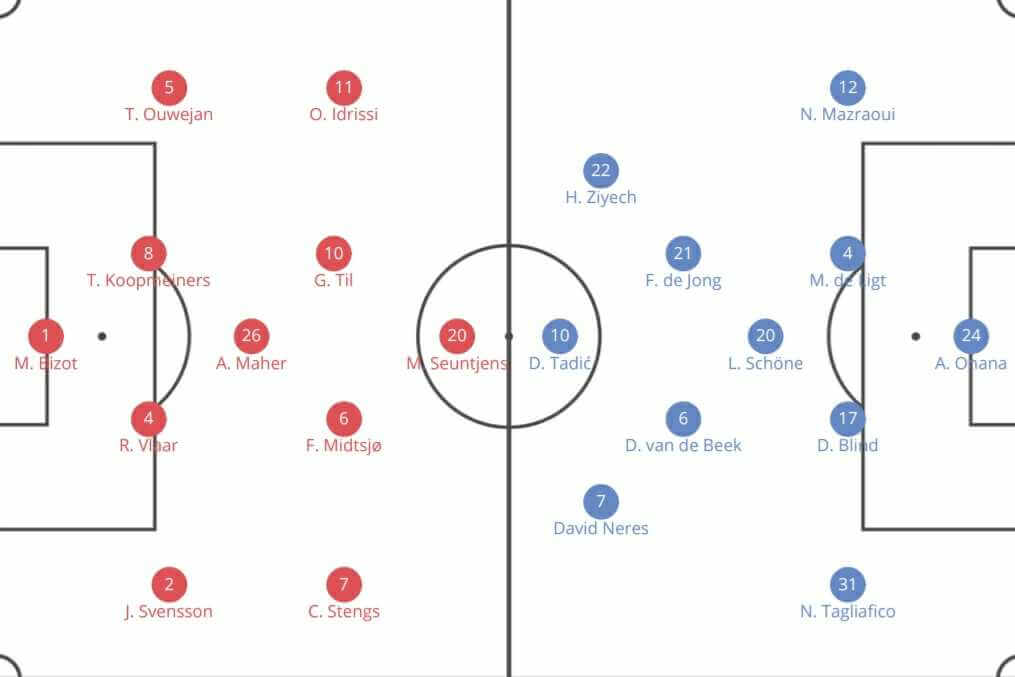 Future Barcelona star Frenkie de Jong returned to the starting XI in this game after being out of action midweek vs Zwolle. Hakim Ziyech also returned but was unfortunately forced off mid-way through the first half due to a muscle injury.

Dusan Tadic, who performed a plethora of roles in this game, started in the striker position, a familiar sight to those who watched their triumph in the Champions League. Teenager Noa Lang was rewarded for his assist midweek by not only retaining his space on the bench but being the first tactical sub utilised by Ten Hag.

Under the microscope: What made Ajax so dominant in the group stages of the UCL?

Under the microscope: Can Jurrien Timber provide Ajax with the defensive...