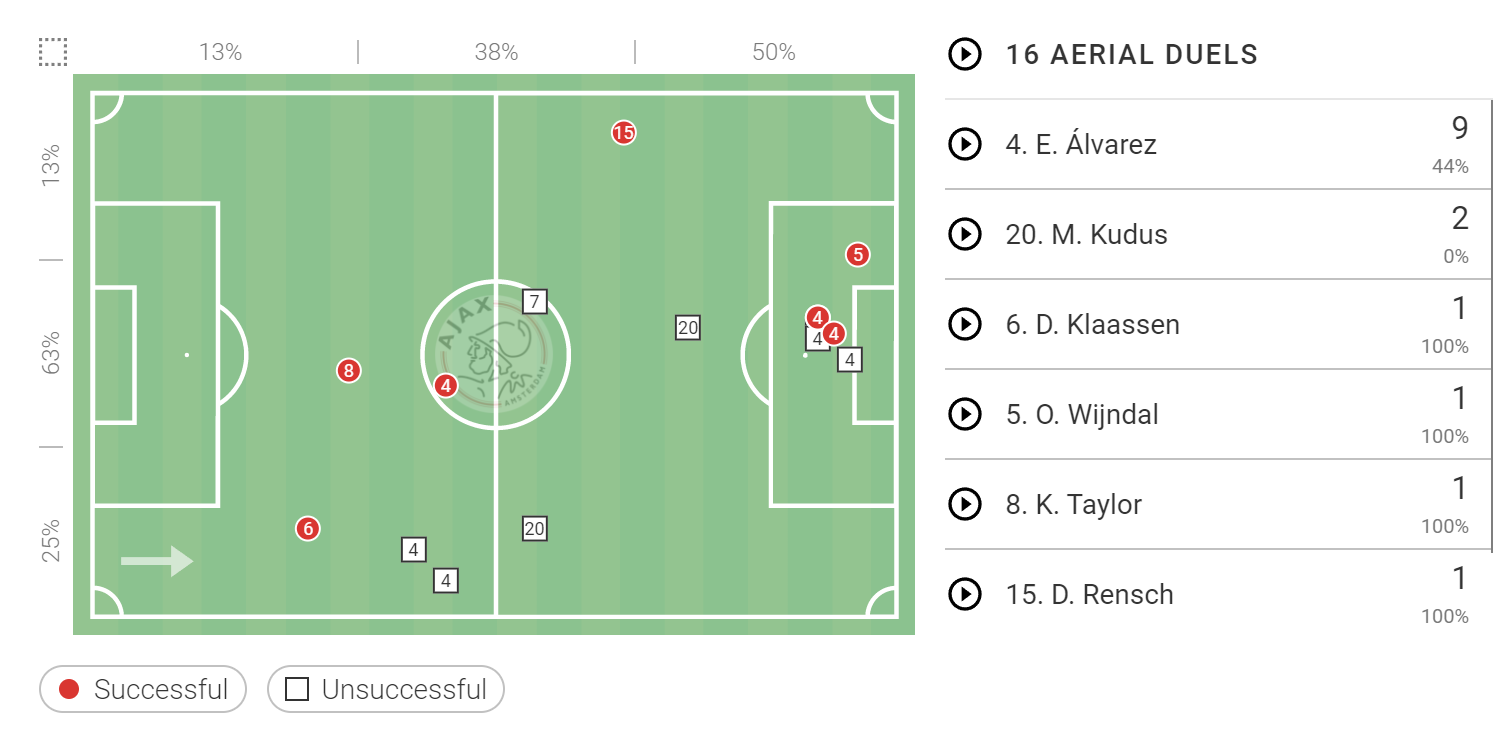 Ajax contested 16 aerial duels, and Edson Alvarez won nine of them. Mexican International had a success rate of 44% as well.

Ajax finished their forgetful UEFA Champions League campaign the same way they started it, with a win over Rangers. They had a tough time at the competition this year, but it’s over now, and they can focus on the rest of the tournaments. The Dutch side won the game in fashion and will be preparing to draw inspiration from this match to succeed in the Europa League.

This Ajax player could be a World Cup phenomenon and United...

Is Dest looking for Bayern move?