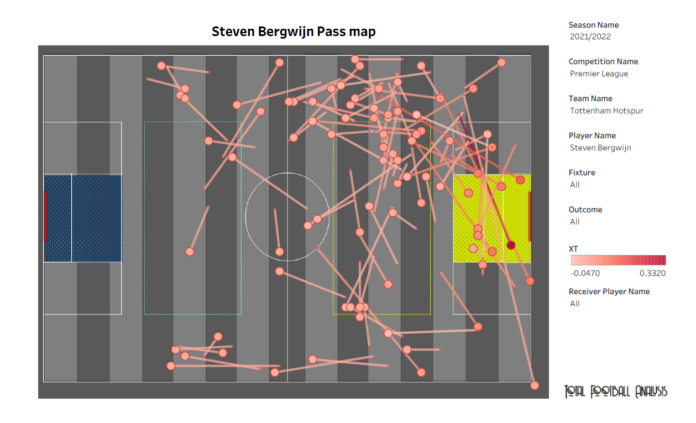 Over the past few weeks, several reports have surfaced, highlighting Ajax’s interest in Tottenham winger Steven Bergwijn. The Dutch giants, who recently came to an agreement with Shakhtar Donetsk for the transfer of David Neres, have already had a bid rejected for Bergwijn. Antonio Conte is expected to make many changes to his starting XI at Spurs, with reports claiming that several players could depart the club. The Italian manager has highlighted his desire to bring players that suit his system, and this could mean that Spurs offload the 24-year-old, who has fallen down the pecking order.

Since his move to Tottenham from Ajax’s domestic rivals PSV in January 2020, Bergwijn has struggled to cement his place in the starting XI. While he was impressive at the start of his Tottenham career, scoring three goals and providing an assist in his first 14 Premier League games, Bergwijn was unable to follow up those performances and finished the 2020-21 season with one goal and three assists in 21 appearances. The winger has struggled with a lot of injuries and fitness issues that have kept him on the fringes of the squad. Overall, he has scored five goals in 64 appearances for the Lilywhites across all competitions. This season, the 24-year-old has made eight appearances in the league, providing one assist.

Let’s dive into some stats from the Premier League this season to understand Bergwijn’s attributes and gauge whether he could provide depth to ten Hag’s frontline. 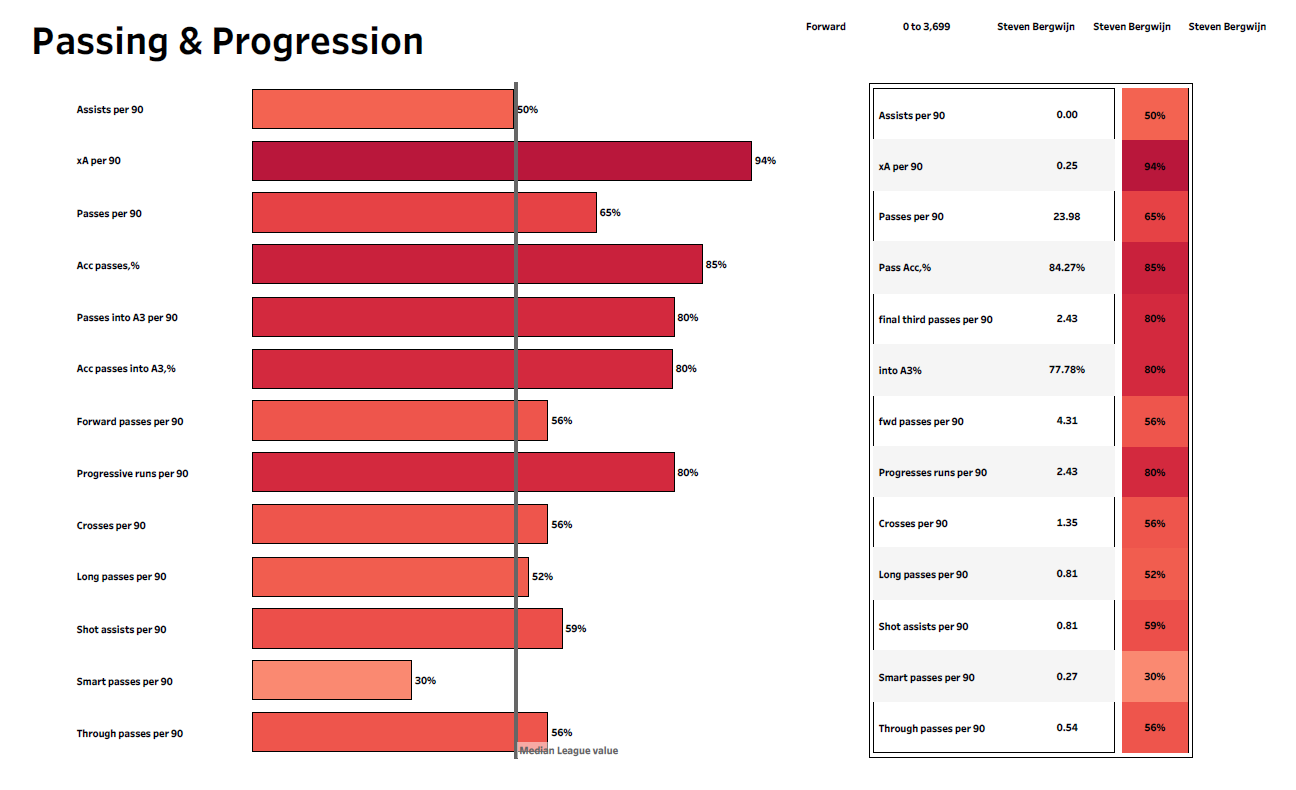 Despite making fewer appearances, Bergwijn’s passing and progression stats have been decent with the majority of the stats surpassing the league median value. His most notable stats this season have been passing accuracy, passes into the attacking third per 90, and progressive runs per 90. Bergwijn is a versatile forward capable of playing in multiple positions in the frontline, an attribute that ten Hag could benefit from. The 24-year-old winger can be deployed as a false nine, second striker or an inside forward on either flank, although his primary position is that of a winger. 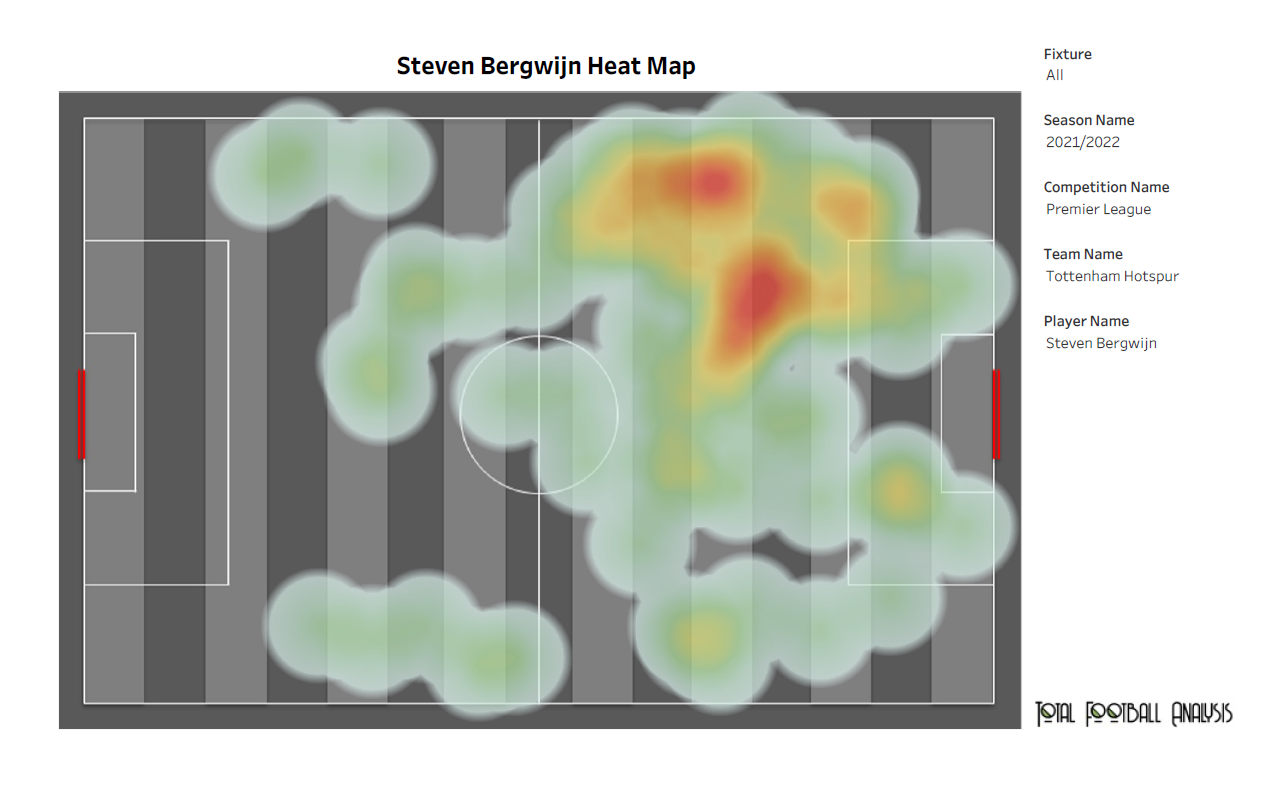 Bergwijn’s heat map indicates the areas of the pitch where he is most active. In the few opportunities that he has gotten, Bergwijn has mostly been deployed as a left-winger. From the above map, we can see that Bergwijn likes to cut in from the left wing to get into threatening areas of the pitch. The fact that Bergwijn can be deployed on either flank can be an added advantage for ten Hag as he is flexible in switching positions with the opposite winger. In ten Hag’s 4-3-3/4-2-3-1 system, Bergwijn could be deployed on either wing, replacing Antony or Tadic, if required. The winger is excellent in ball retention and can utilize his impressive technical ability to dribble past the defenders. 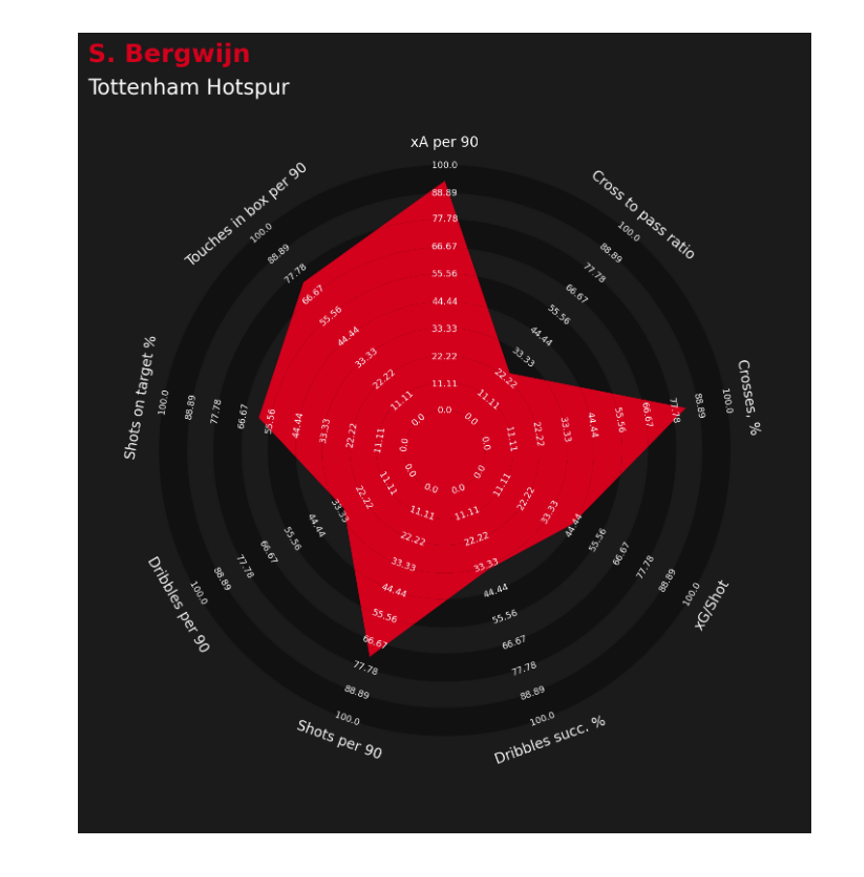 In addition to his impressive dribbling ability, Bergwijn has displayed his vision and creativity by creating chances for his teammates. He is also relatively accurate with his shots from a long and short distance. In the above viz., we can see the areas where Bergwijn excels at. He has ranked fairly decent in terms of expected assists, crosses, and shots per 90. An underrated attribute of the Dutch winger is his positioning. During the attacking phases of the game, Bergwijn remains aware of his surroundings and can utilize his movements to create space for his teammates. 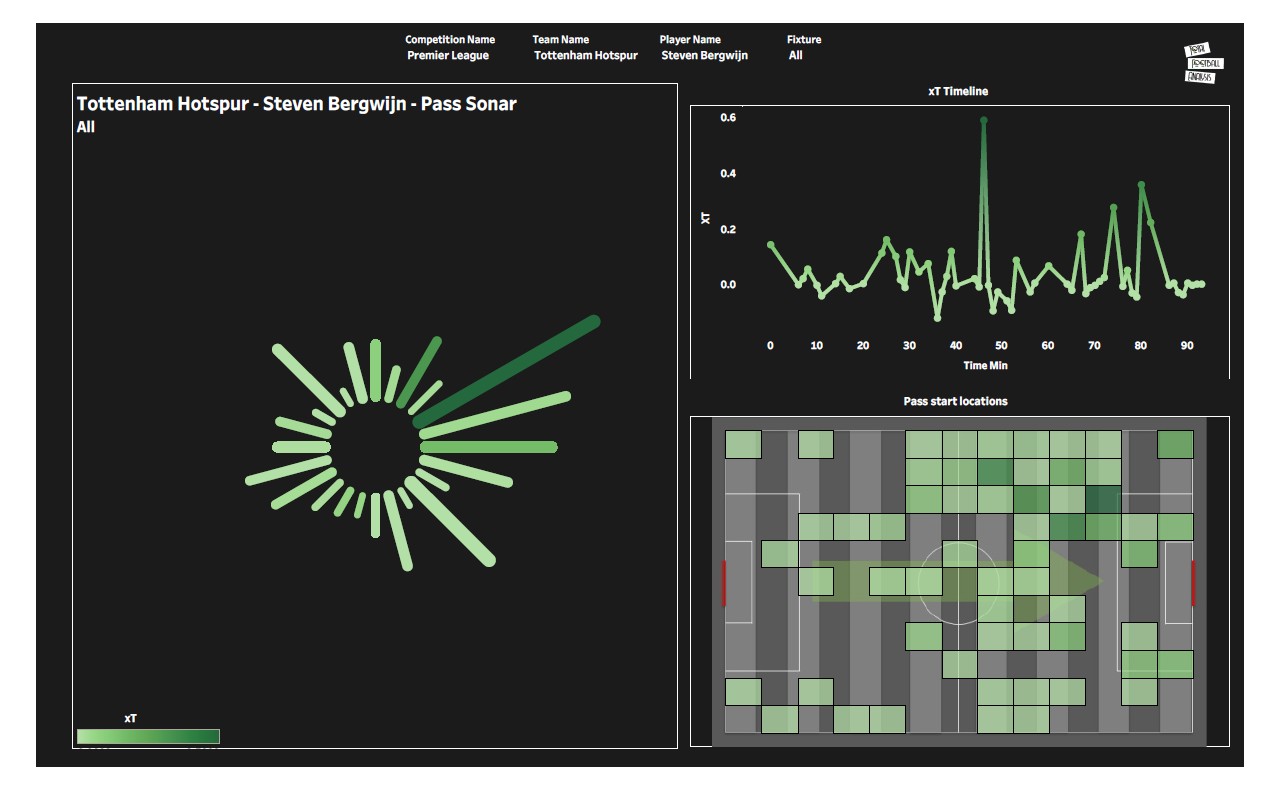 Pass Sonar outlines the direction of pass that a player or a team tends to make and indicates a player’s influence on the movement of the ball. In addition, it shows the frequency distribution of different passing angles for an individual player, as well as the typical length of pass attempts. Bergwijn’s pass sonar displays the direction that he intends to make his passes.

With David Neres’ departure now confirmed, Bergwijn could prove to be an excellent addition to Ajax and could provide depth to ten Hag’s frontline as they look to regain the league title and set their sights on the quarter-finals of the Champions League.

Under the microscope: Why Ajax should consider building a team around...