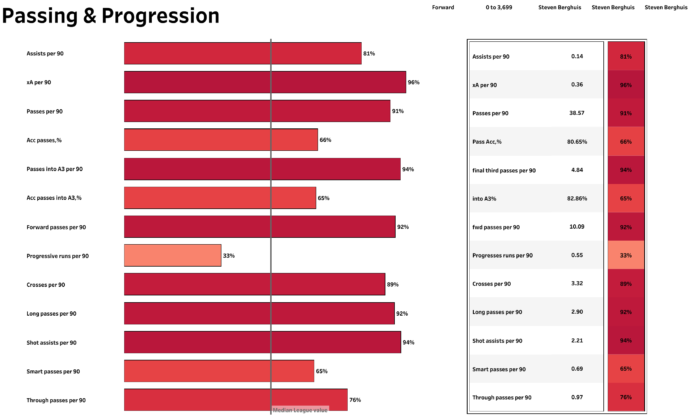 Ajax signed Dutch forward, Steven Berghuis, at the start of the 2021/22 season. The former Feyenoord striker helped Ajax secure the Eredivisie title, which was his second league title in his home country. The 30-year-old forward only missed one match for his side in the Eredivisie and played in every UEFA Champions League match. He bagged eight goals in 33 appearances in the league and three goals in eight UEFA Champions League appearances. 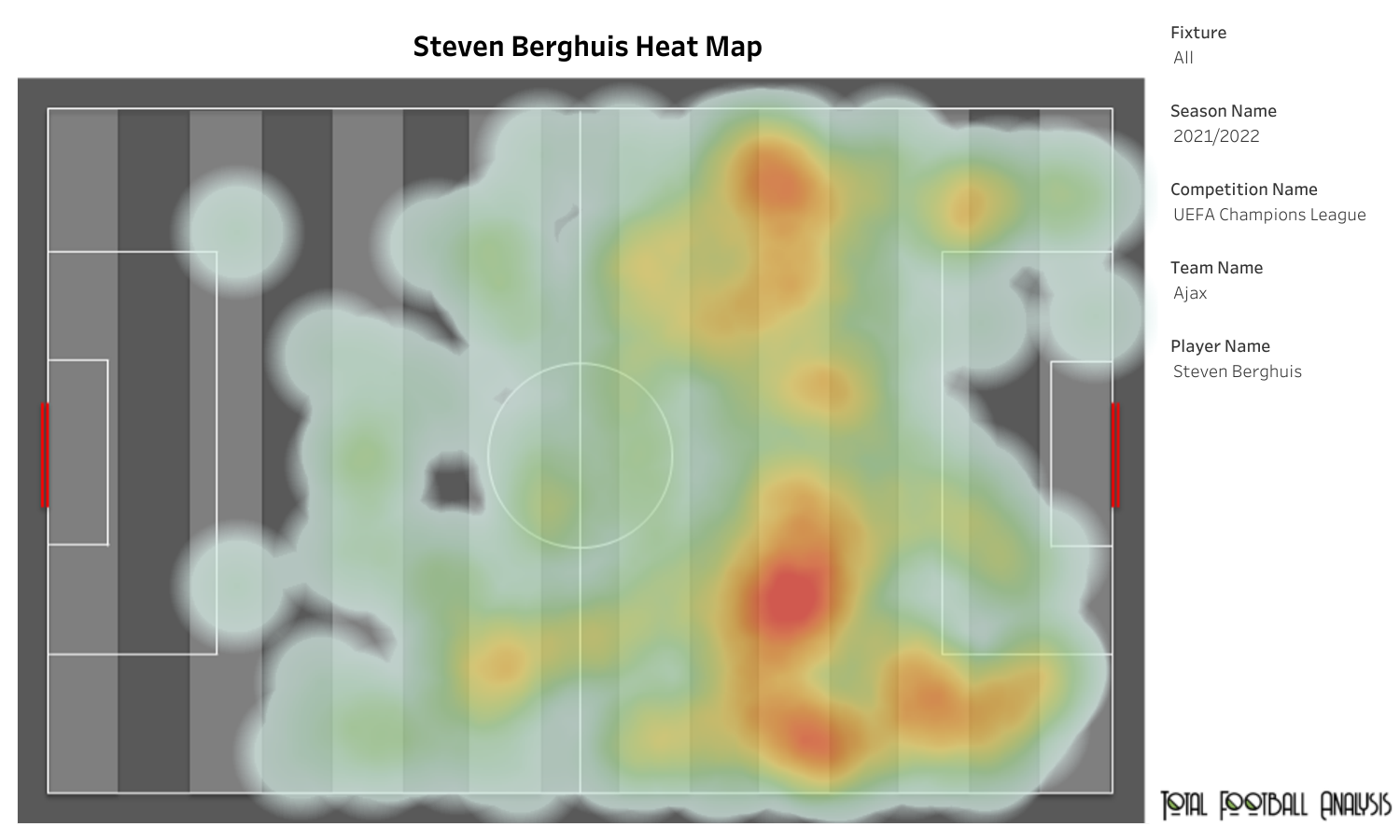 The above viz is the heat map of Berghuis in the eight UEFA Champions League matches. He featured on the right side of the Dutch team and started every match. With an xG rate of 1.83, the player scored three goals past the opposition goalkeeper. He often penetrated the opposition’s penalty box and took 25 touches inside the box. The forward created constant threats from the right side. 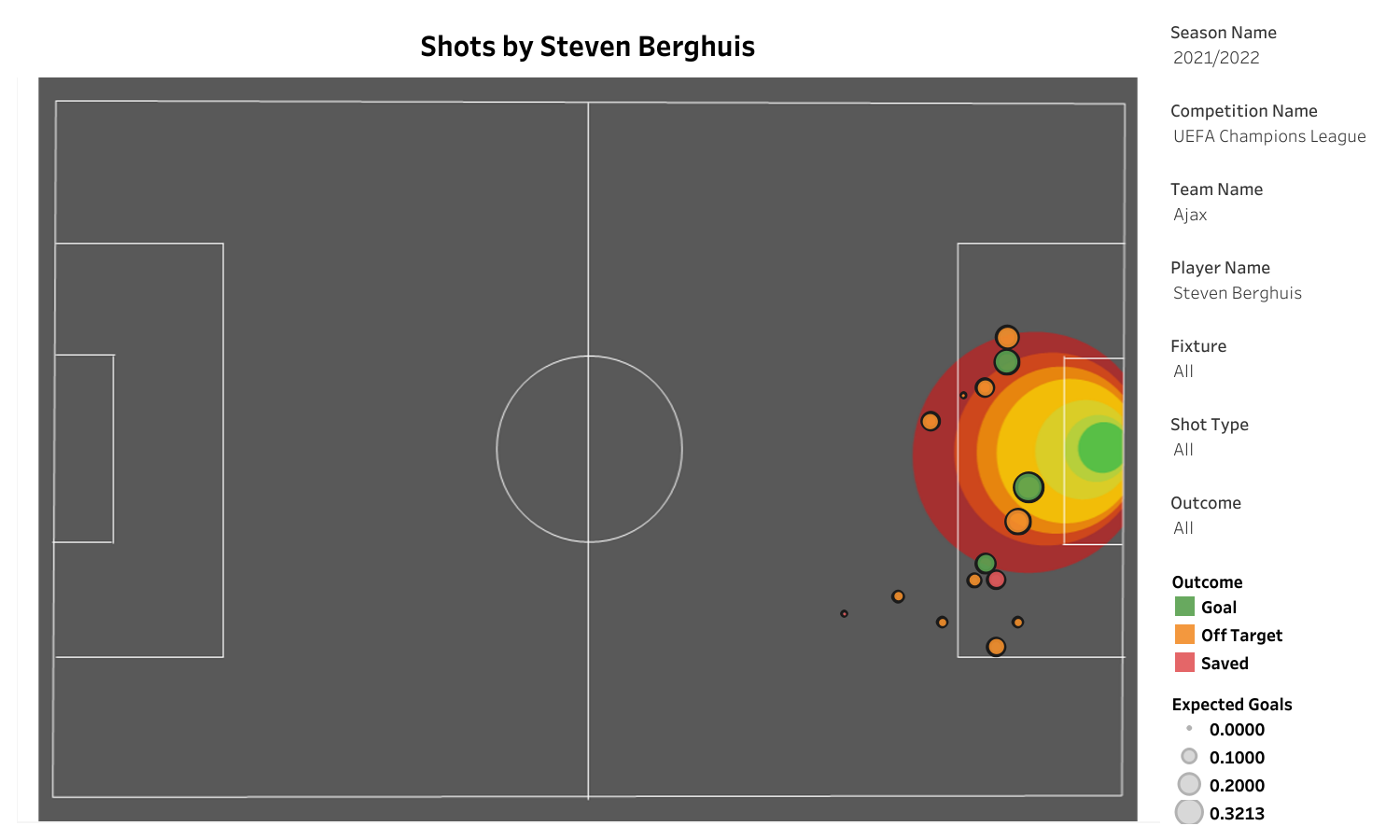 Berghuis attempted 15 shots in the UEFA Champions League campaign. He averaged more than two shots per 90 minutes and managed to hit the target five times. The above shot map shows that 11 shots were attempted from inside the opposition’s penalty box with four on target. He attempted most of the shots from the right side. The Dutch forward struggled in the knockout stage against Benfica. He attempted only two shots and failed to hit the target. 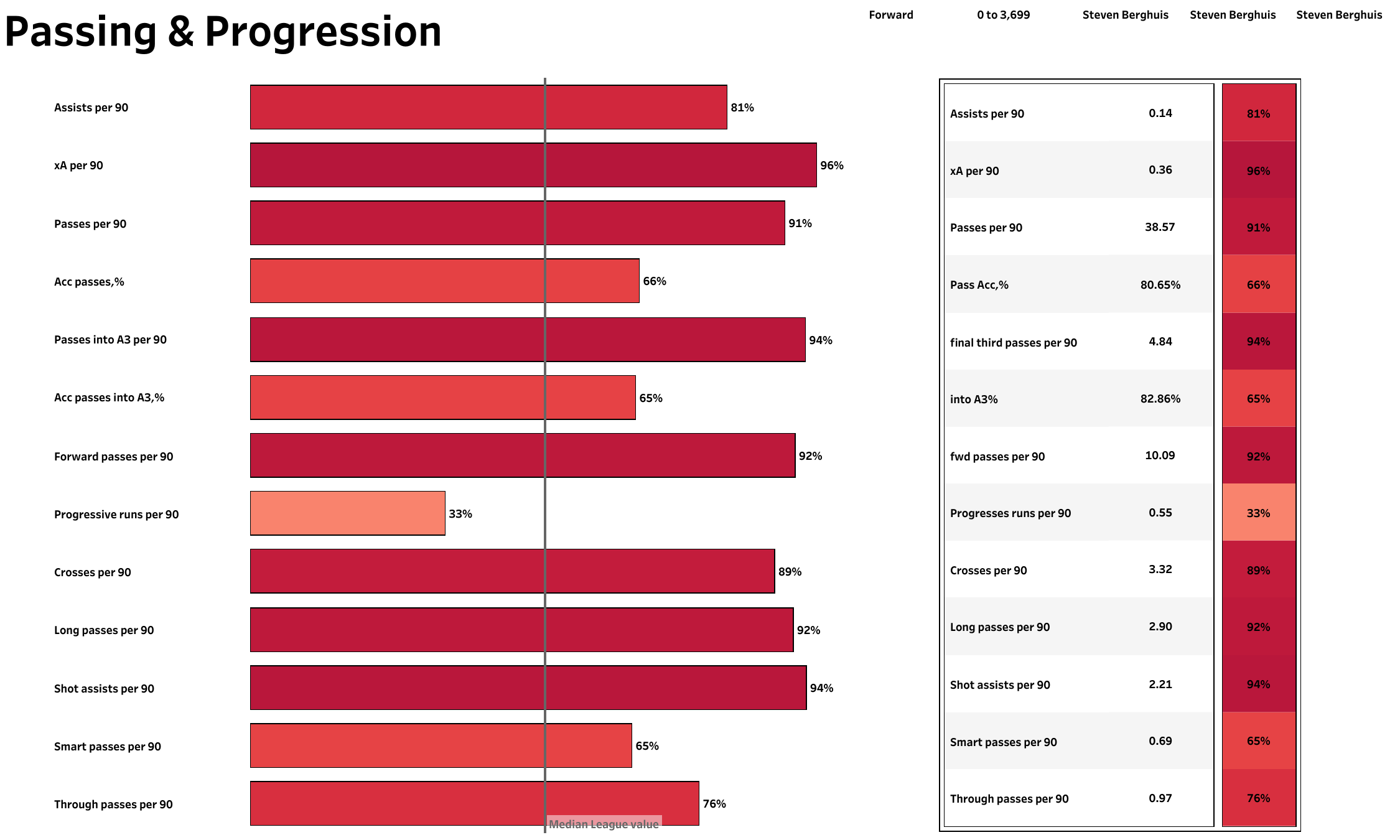 The 30-year-old was impressive with his passing skills. When looking at the above chart, the general rule is that the longer the bar, the better the performance — you can see the league average in the middle, and the % is the percentile rank the player is in. The above viz shows the passing stats in comparison to the other forwards in the UEFA Champions League. Berghuis averaged 38.57 passes per 90 minutes with an accuracy rate of 80.65%. His overall xA rate in the competition was 2.61. The forward averaged more than three crosses per 90 minutes.

Steven Berghuis made some crucial contributions and was one of the top passers of the ball. He created threats from the right and scored some crucial goals. Ajax have a new manager this season, and Berghuis will retain his place in the starting XI. A few players are also set to leave the club, which makes Beghuis one of the senior members of the squad. There will be a lot of expectations from the player, and he will also look to contribute to the team.