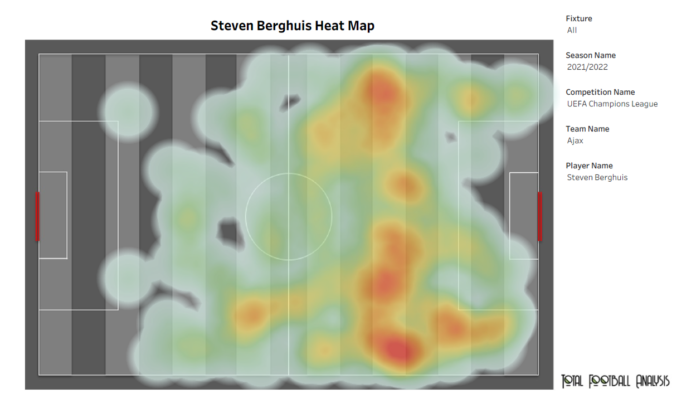 Looking to extend their undefeated run to 12 games, Ajax faced Go Ahead Eagles on Sunday in the Eredivisie. However, they fell to a 1-2 defeat. Ajax’s only goal of the match was scored by summer signing Steven Berghuis. Steven Berghuis’ controversial move from Feyenoord to bitter rivals Ajax has proved to be a masterstroke from Ajax‘s hierarchy. Moreover, it is praiseworthy how seamlessly ten Hag has integrated the Dutch winger into his starting XI. In addition, Berghuis has been repurposed into a prolific creator in the role of an attacking midfielder.

After a dominant performance in the group stages, expectations are high from ten Hag’s men in the Champions League. And the 30-year-old winger turned attacking midfielder has been a regular feature in Ajax’s starting XI, appearing in all seven of Ajax’s Champions League matches so far. Berghuis is currently Ajax’s second-highest goalscorer in the Champions League after Haller. He has scored three goals and laid one assist in the competition.

In the recent 2-2 draw against Benfica in the first leg of the Champions League Round-of-16, Berghuis started behind Haller in the number 10 role. The Dutch winger was impressive as he combined well with his passes, making a few threatening crosses into the box as well. Although Ajax started the match as the more threatening side, taking the lead through Dusan Tadic, Benfica leveled the score via an own goal by Haller. Haller then gave his side the lead a few minutes after his own goal. However, Benfica came back stronger in the second half and leveled through Yaremchuk.

Let’s take a look at some stats to gauge how ten Hag has utilized Berghuis. 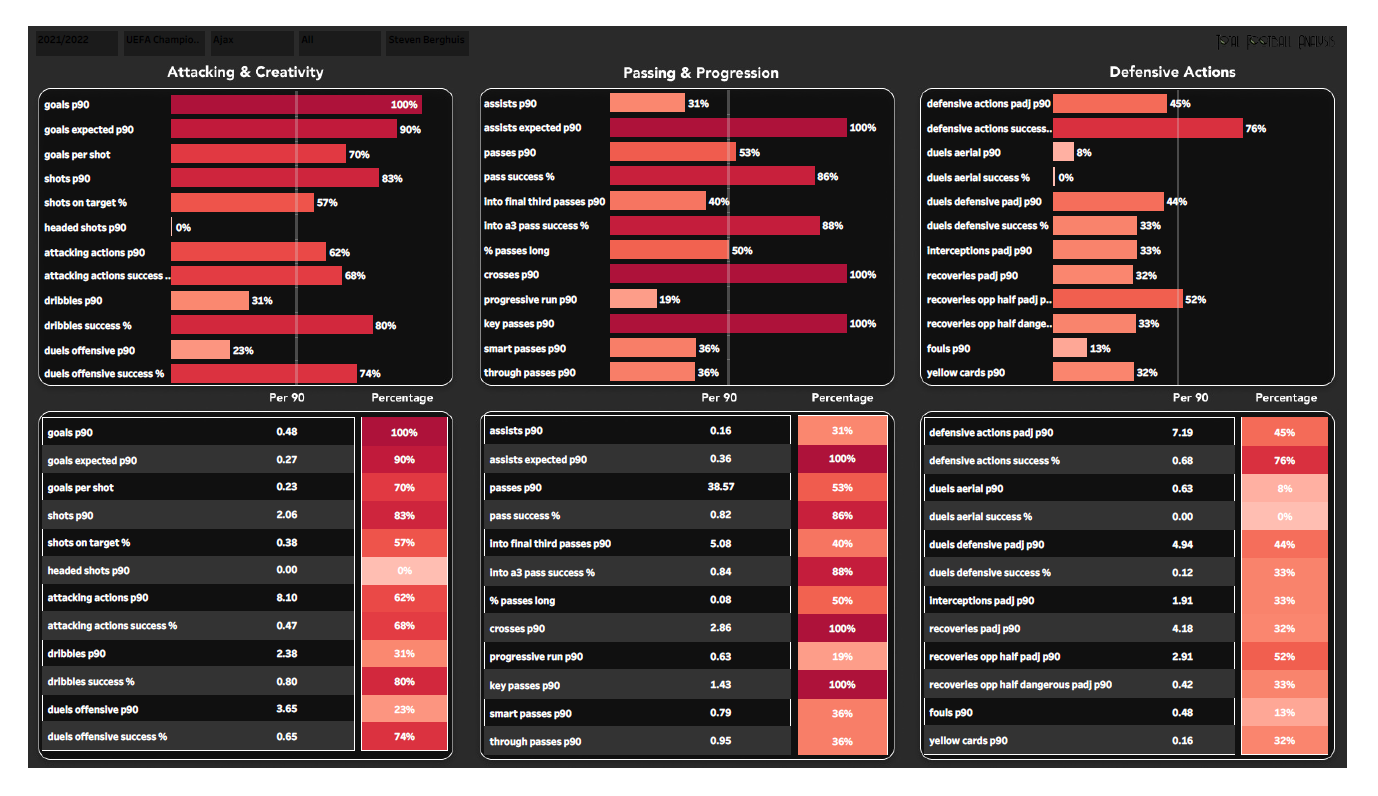 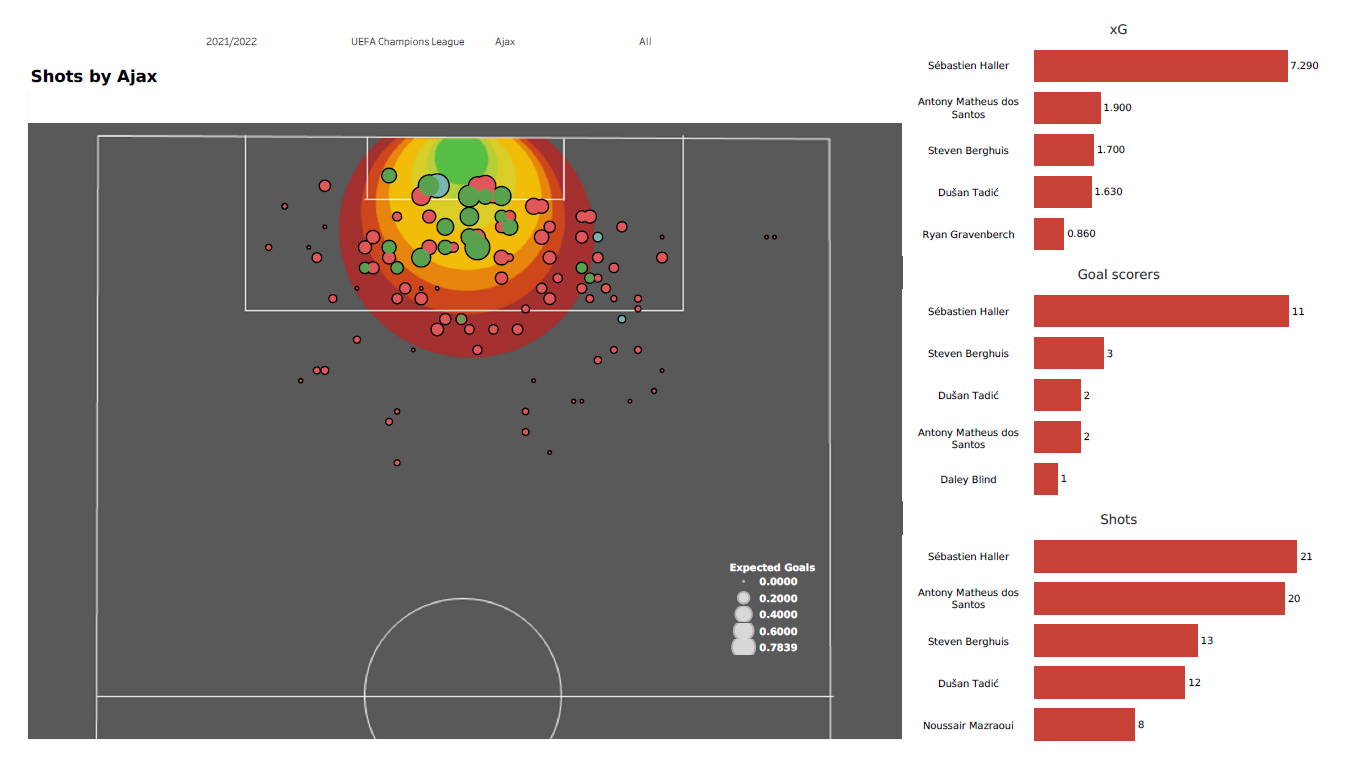 In the above viz, we can see Ajax’s shot map. Most of their goals have been scored from inside the opposition’s box, as indicated by the above viz. Berghuis has ranked among the top three Ajax players in terms of goals scored, xG and shots. He has an average xG of 1.7 and has taken 13 shots, scoring three goals. 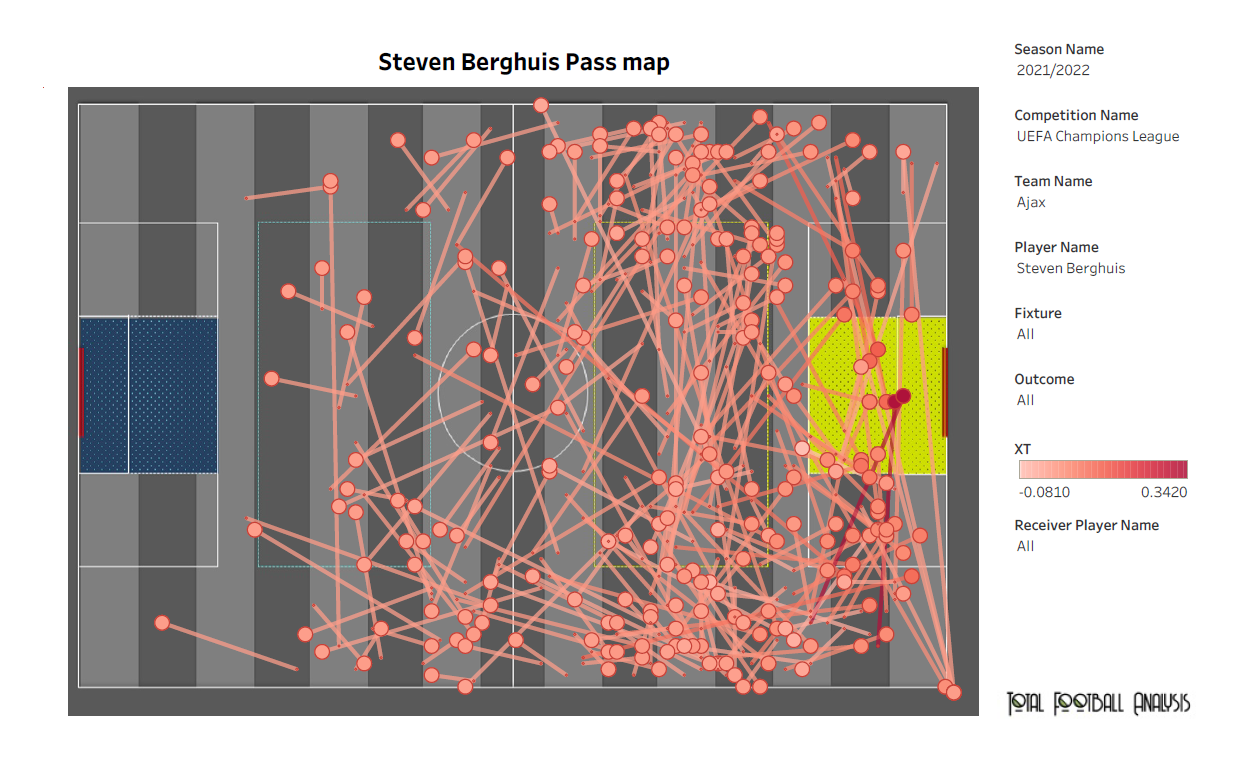 Berghuis has shined in his new role of attacking midfielder. He has been an important component of Ajax’s attack, which has scored twenty-two goals in the Champions League so far.