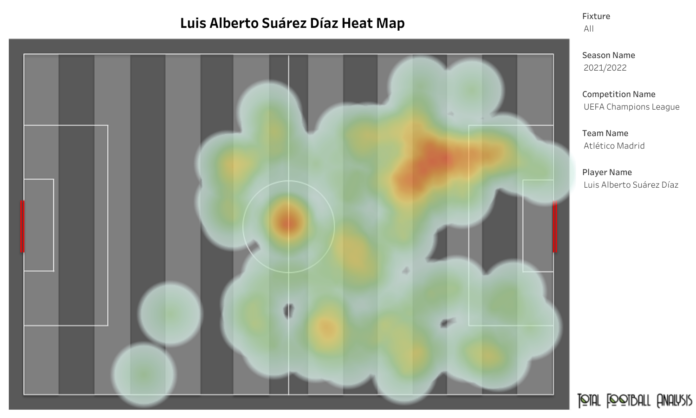 Luis Suarez is set to leave Atletico Madrid after spending two seasons at the Spanish club. The striker will be a free agent and is open to a move. Several clubs are interested in signing the Uruguayan international due to his extensive experience in winning domestic leagues and the UEFA Champions League. One of the clubs that are interested in signing him is his former club, Ajax. The Dutch club will have new management for the next season, and there could be some new additions to the team. Suarez won two cups in his three and a half-year spell at the current Eredivisie champions. Here are some of his performances in the UEFA Champions League that will show how the striker could be handy for the Dutch champions to defend their league title and increase their chances of winning the Champions League. 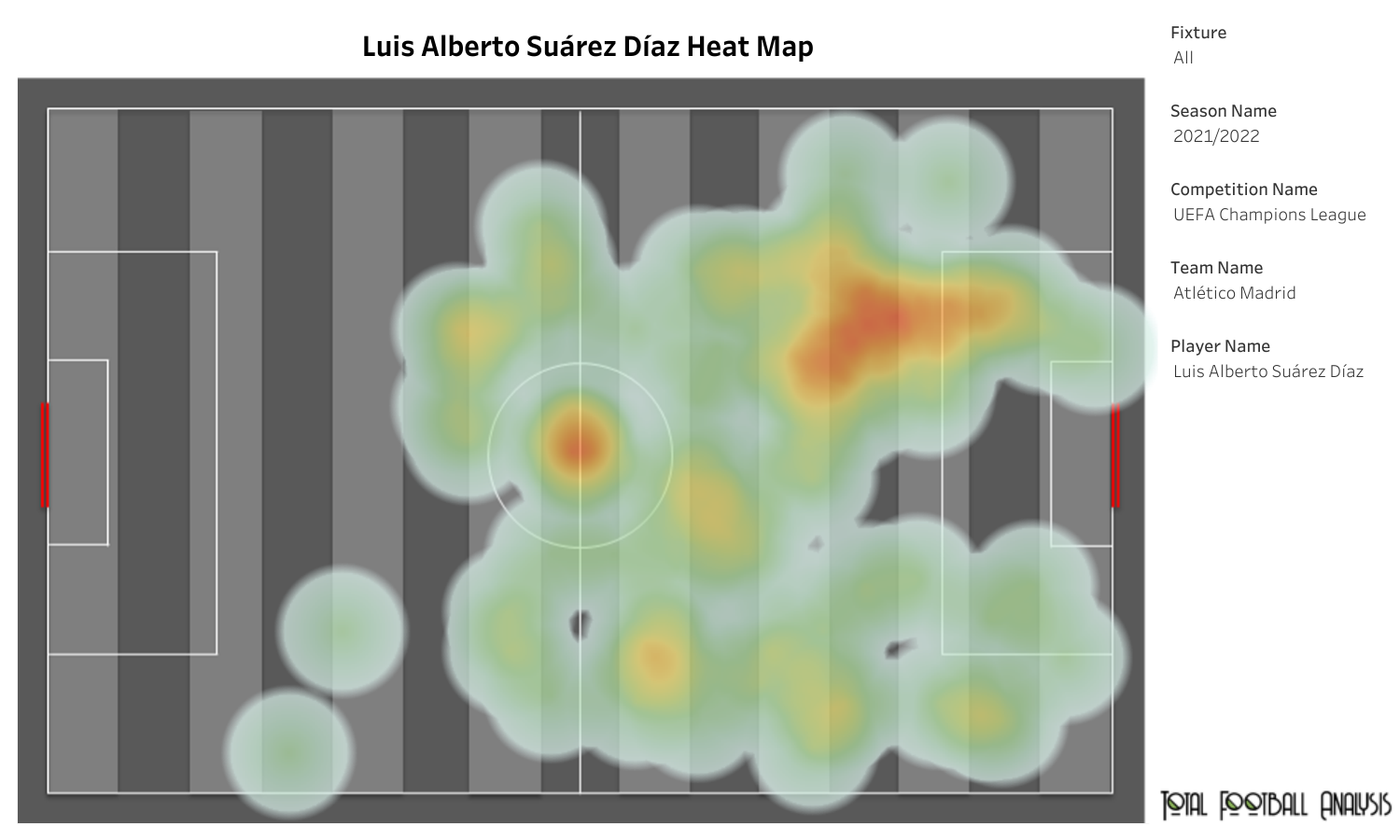 The 35-year-old striker made seven appearances in the elite competition this season. Atlético Madrid defended a lot in most of their Champions League games and were effective on the counter. Suarez has lost his pace in recent years and therefore has had less game-time on the pitch. The above viz shows his heat map in the UEFA Champions League. Suarez played on both sides of the field and tried to penetrate the box from the wider sides. He had 19 touches inside the opposition’s penalty box. 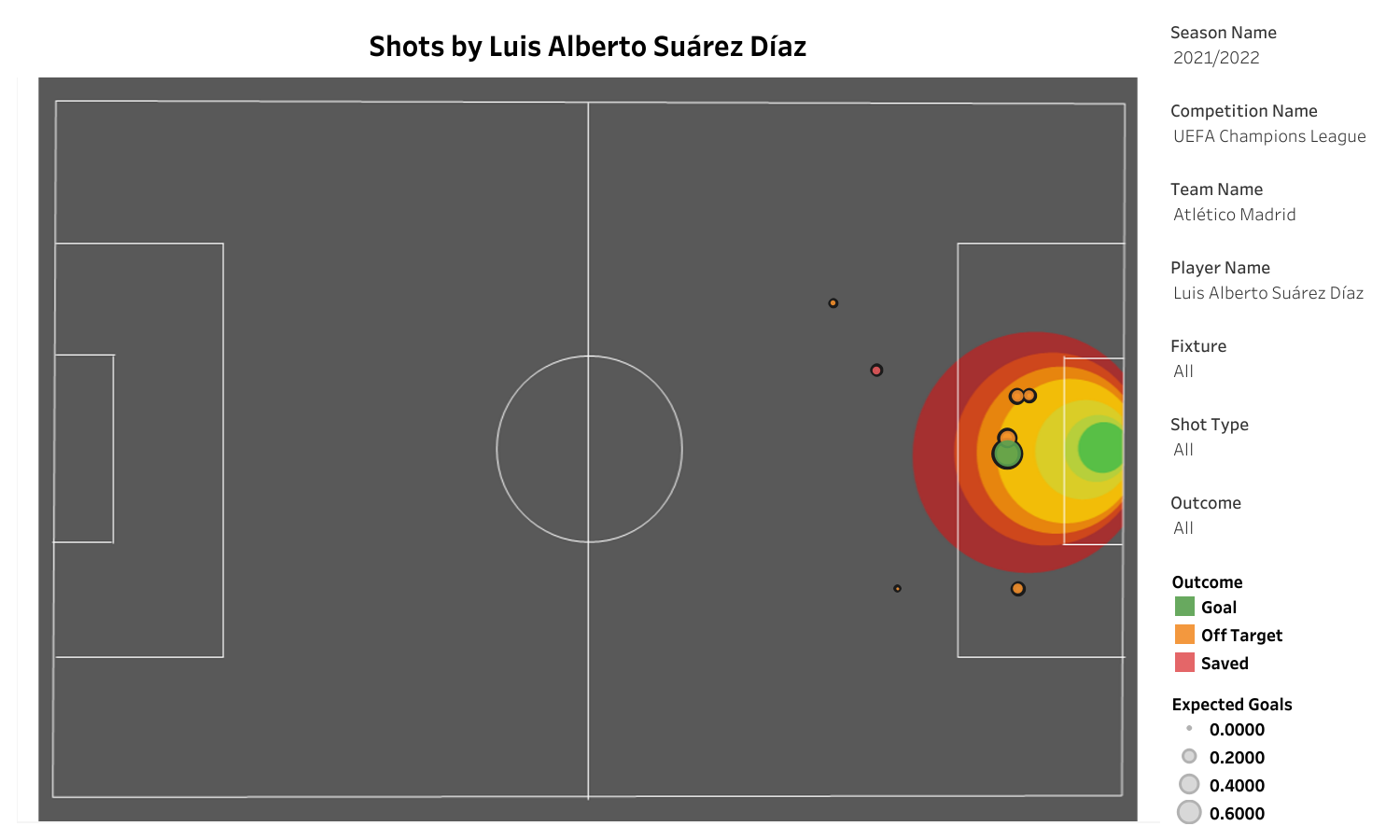 Luis Suarez scored one goal in the elite competition, and that was from the penalty spot. However, he scored 11 goals in the league and showed that he could still contribute to his team. The above viz shows all the eight shots attempted by him during the season. He managed to hit the target twice, and one of the shots on target was attempted from outside the opposition’s penalty box. 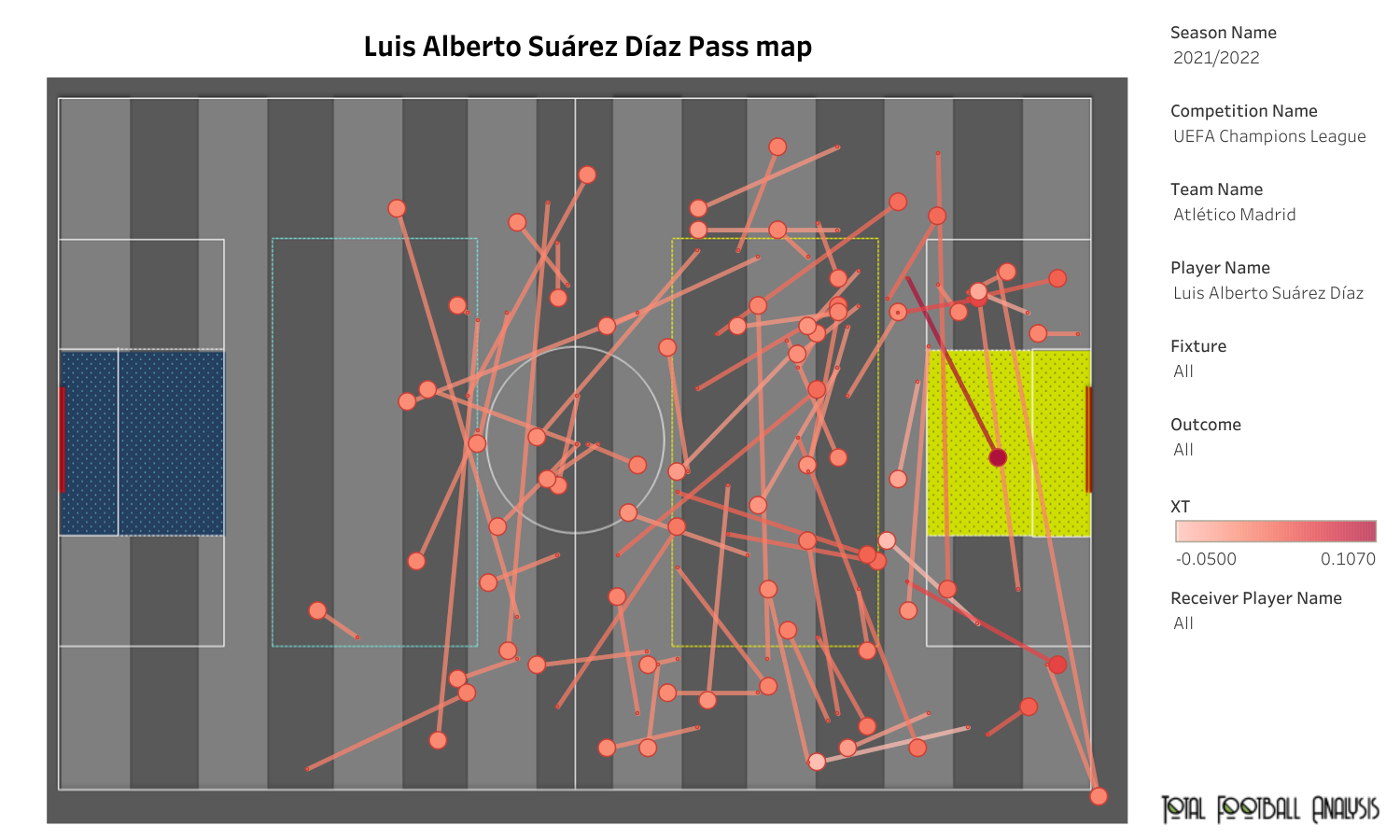 Suarez can link-up play with other teammates and create goals for his side. Atlético play a different style of football, and Suarez attempted very few passes. He attempted 78 passes, and eight landed inside the opposition’s penalty box. These 78 passes included five crosses and two smart and through passes each. 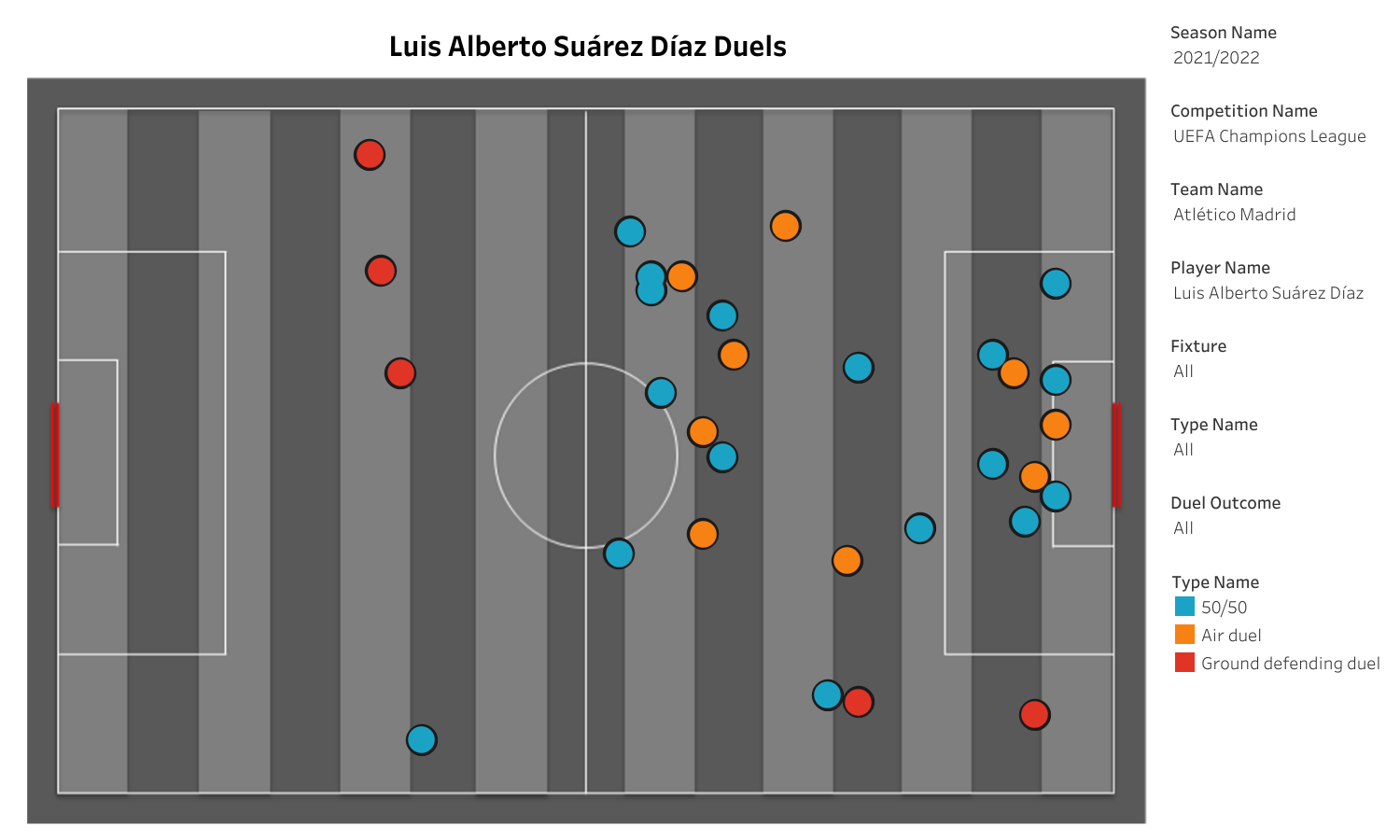 The Uruguayan might be into his last few years of playing professional football, but his work rate has never been in doubt. The striker likes to press and has contested a few duels this season. Most of the duels contested by him have been loose ball duels, followed by aerial and defensive duels. He has also contested a few duels inside the opposition’s penalty box. The striker made four interceptions and three recoveries.

Luis Suarez carries a lot of experience behind his back and could be a great addition to a young Ajax side. He can score and set up goals for the team. The Dutch club will have a lot of shuffling throughout the summer, and they will look for more options to strengthen their side, which could see Suarez return to his former club.

Under the microscope: Why should Ajax retain Lisandro Martínez amid interest from Premier League clubs?

Under the microscope: Steven Berghuis – An important signing for Ajax last season

Under the microscope: Can Perr Schuurs replace Jurrien Timber in Ajax’s starting XI?

Under the microscope: Antony and Mazraoui – The duo fuelling Ajax’s...

‘Ziyech is a world-class player’ – Mount

Ajax succumb to AZ pressure as their title hopes slip away