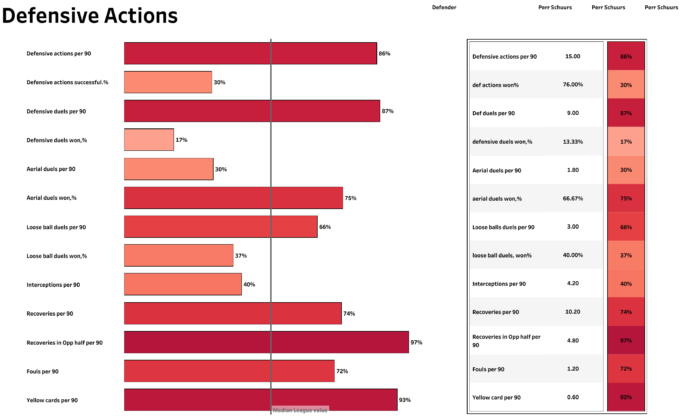 Ajax defender, Jurrien Timber, is in high demand and is likely to leave the Dutch Champions. Erik ten Hag is keen on signing the young defender and taking him to Manchester United alongside him. Ajax are likely to lose a few players in the transfer window, and Alfred Schreuder will look to add new names to the squad. However, there is a possibility that he might give chances to some of the youngsters who were not a regular in Ajax side under ten Hag. One of the players who could replace Jurrien Timber in the starting XI is Perr Schuurs. The defender is just 22 years old and played 22 games in the Eredivisie. He also represented his club in the UEFA Champions League. The player showed consistency, and this might have given a belief to the new manager. 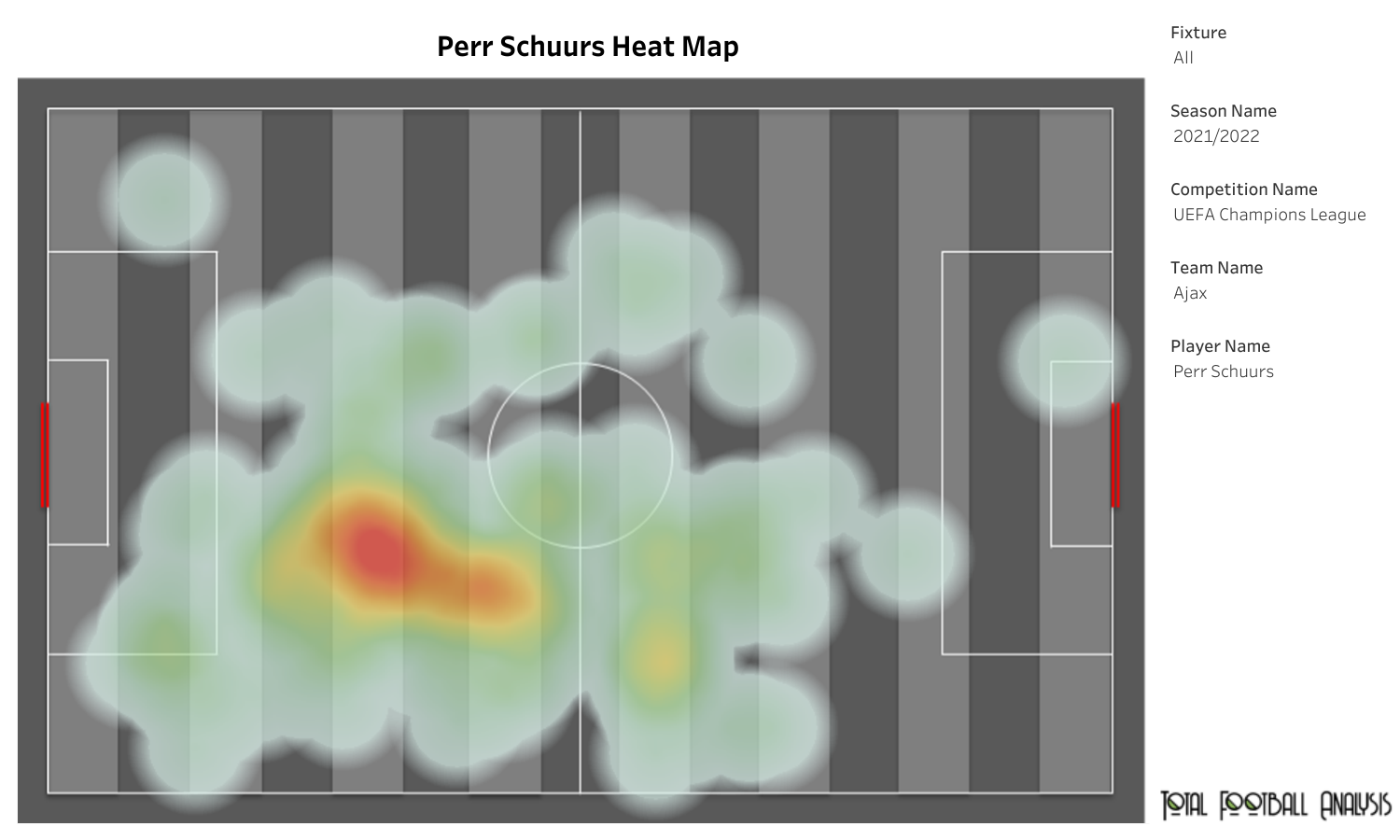 Schuurs plays as the right centre-back for Ajax. He replaced Jurrien Timber in the starting XI in some of the matches. The player was unlucky as he made only three appearances in the UEFA Champions League and spent 150 minutes on the pitch. He provided an assist in one of the games with the only touch that he took inside the opposition’s penalty box. 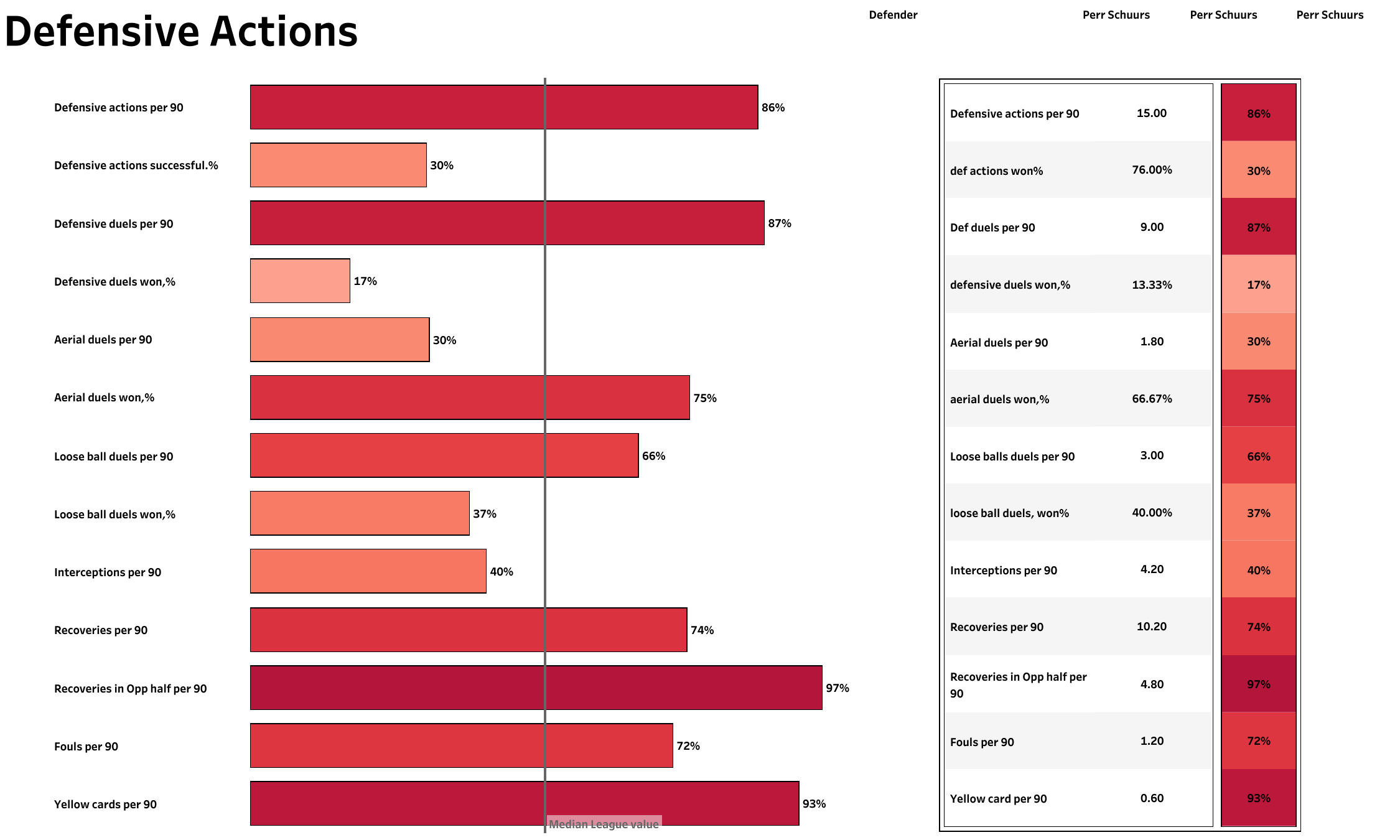 When looking at the above chart, the general rule is that the longer the bar, the better the performance – you can see the league average in the middle, and the % is the percentile rank the player is in. The above viz shows the defensive stats of the player in comparison to other defenders in the league. He averaged 15 defensive actions per 90 minutes and had a 76% success rate. The 22-year-old centre-back contested nine defensive duels per 90 minutes but had a low win percentage. He was strong in the air and won 66.67% of his aerial duels. Schuurs had a high percentile rank for making recoveries inside the opposition’s half. This is a huge plus point as this allows the team to put continuous pressure on the opposition’s defence. 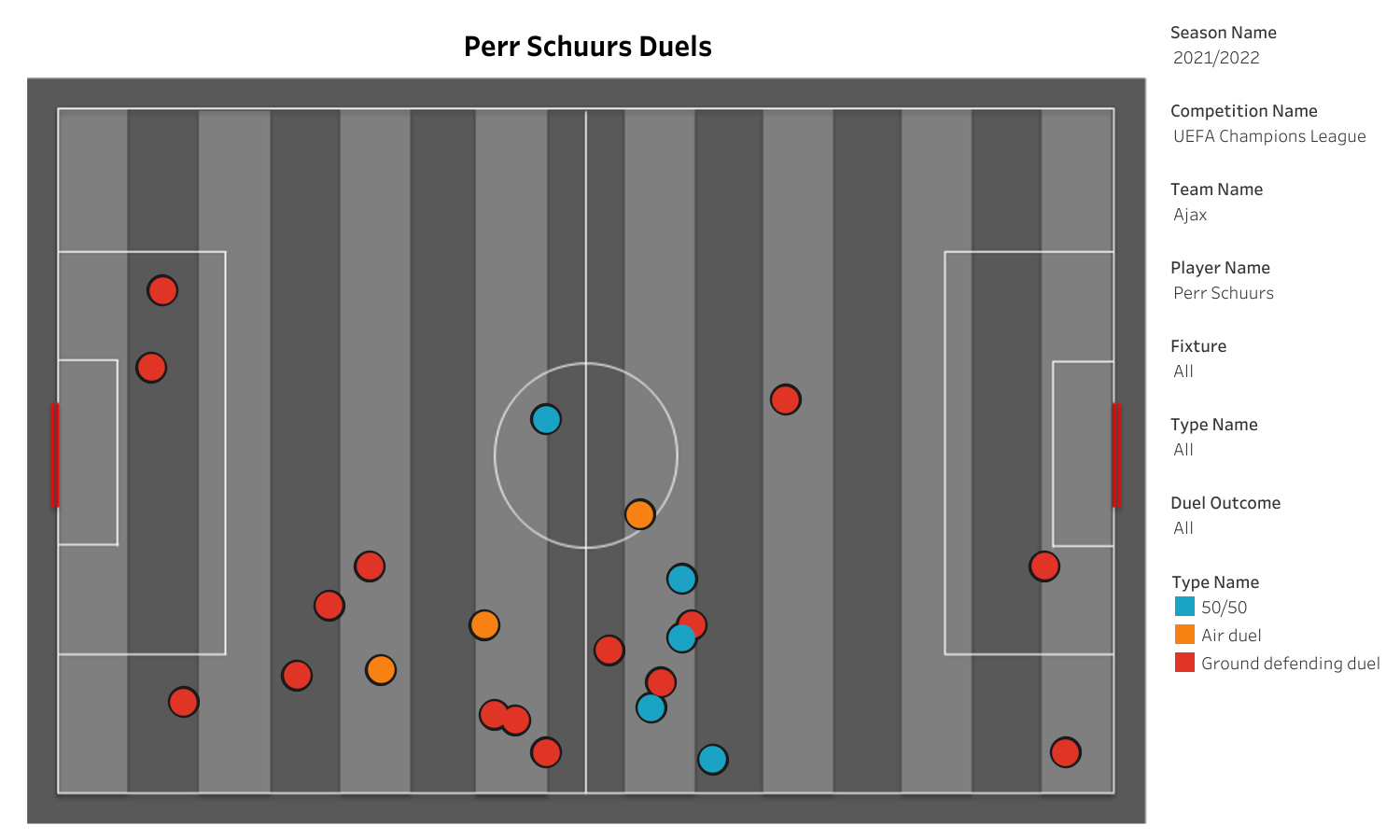 The above viz shows the locations of all the duels that were contested by the player. Most of the duels were contested in the middle third. Schuurs played a high line in the three appearances that he made.

The defender made 22 league appearances, and these included ten starts. He was the third choice centre-back under ten Hag but could become the first choice if Timber leaves. Perr Schuurs is strong in the air and has a high recovery rate. He has also represented his country 15 times and is likely to cement his place in Ajax’s playing XI.

Is Dest looking for Bayern move?

Brilliant Berghuis: How the controversial signing from Feyenoord has performed so...