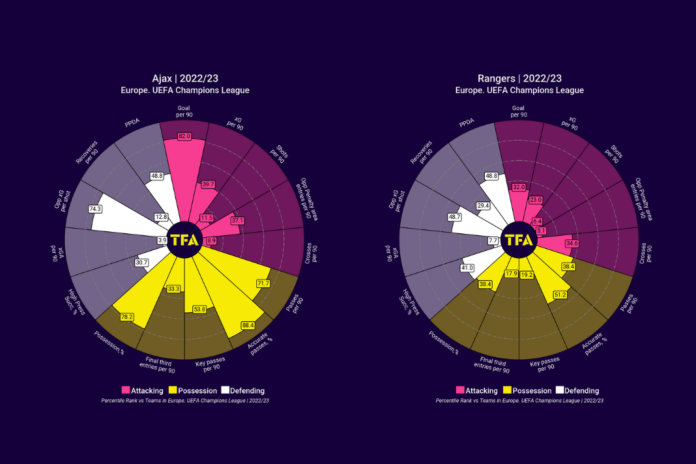 Ajax will be looking to finish off their UEFA Champions League 2022/23 campaign on a positive note as they face Rangers on Tuesday after getting eliminated from the competition following the defeat against Liverpool. The Dutch side started this year’s Champions League with a 4-0 win over Rangers. It all looked good for Alfred Schreuder and the team then, but everything went downhill from there. Rangers, on the other hand, sit at the bottom of the table and will be looking to register their first win in the competition this season as they welcome the Dutch side onto their turf.

Ajax leads the Eredivisie table with 28 points from ten matches but has failed to replicate the same form in Europe. They have found it hard to defend against top teams and to finish their chances. It was always going to be a tough task to get into the top two of their group, which contained Napoli and Liverpool, but Schreuder would have expected his team to show a better fight. He will be urging his players to take this chance and finish things in style.

For Rangers, playing in the Champions League for the first time in a decade has not gone according to plan, as they are winless in five matches, having scored only one goal throughout the competition.

We now look at some stats that could predict the outcome of the match. 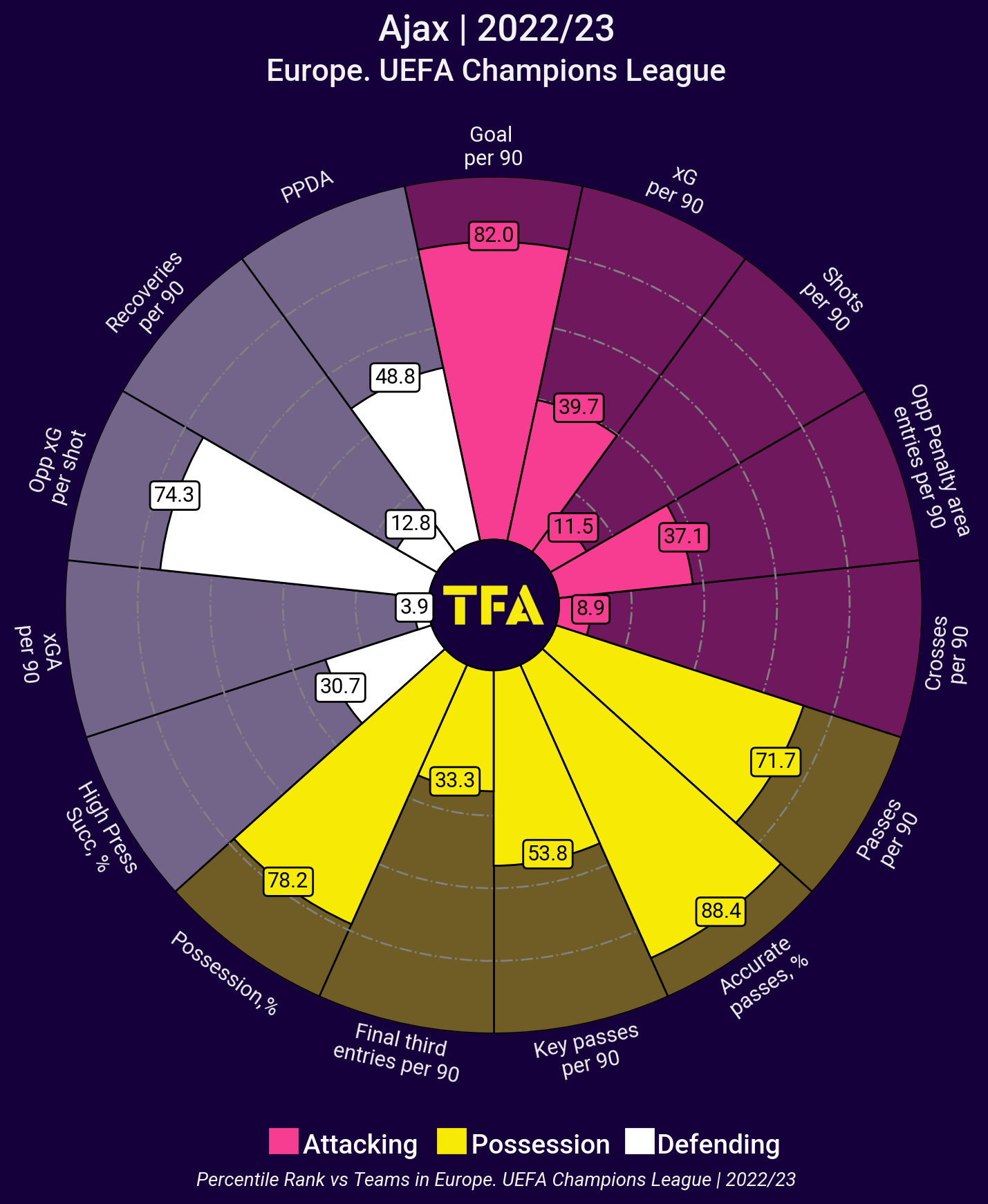 Ajax have had a forgetful season in the UEFA Champions League this year. But in their match against Rangers, they showed what they are capable of as a team. On their day, they can rip open any opposition defence with their accurate passing and quick movements.

In the home fixture against Rangers, Ajax played a total of 101 passes in the final third, completing 89 of them with 88.12% accuracy. They completed 793 passes and had a passing accuracy of 92%. The Dutch side had 16 shots and looked dangerous.

What would be worrying for Ajax is their defence. They have conceded an average of three goals per game in the competition this season. They lose the ball 96 times per game on average. Most of these losses were either in the defensive third or in the middle of the park. They will be looking to improve their game in their defensive third. 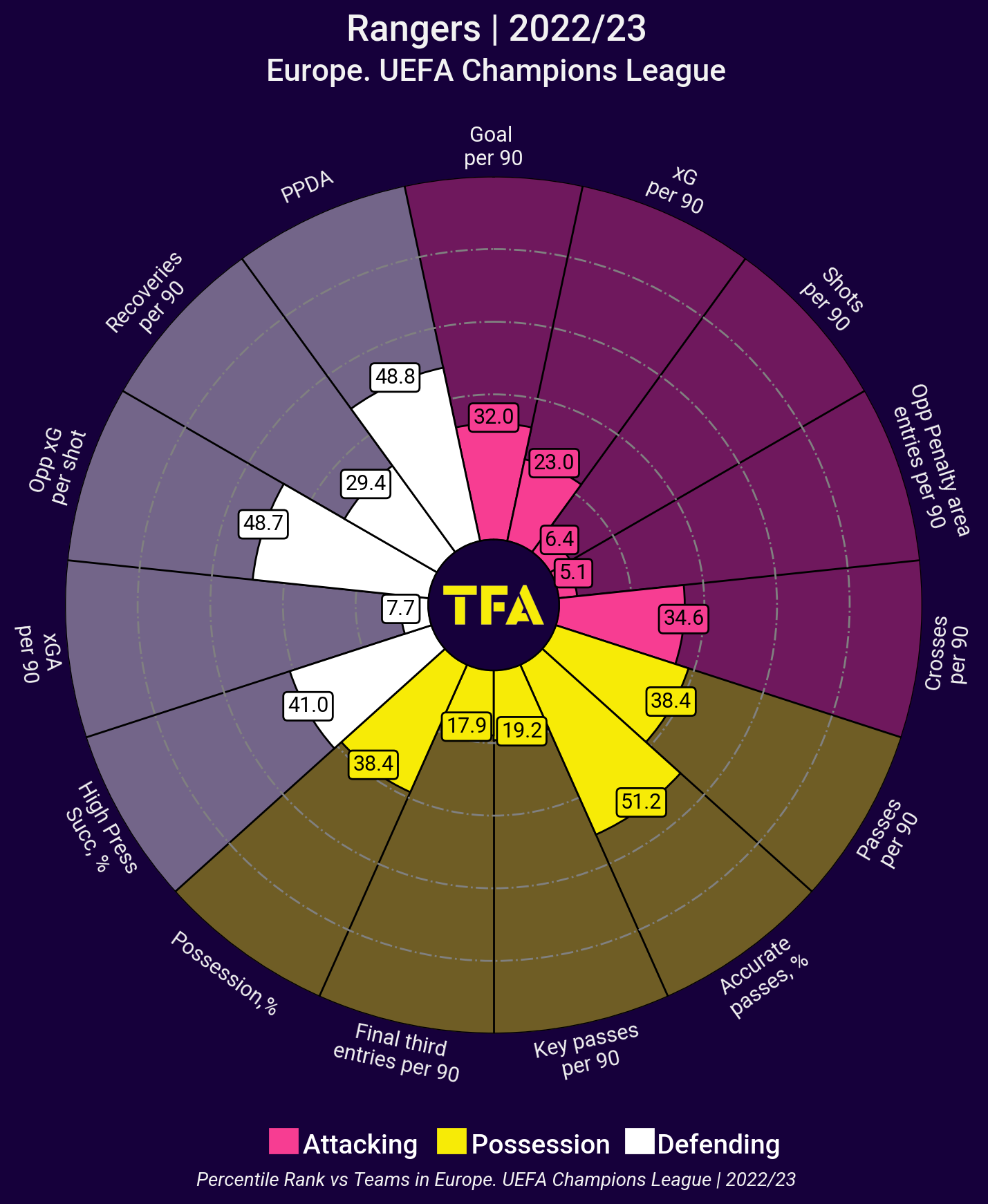 Rangers have also had a woeful Champions League season. They are one of the only two teams without a point in the competition this year. They have conceded an average of 2.56 goals this season. They, however, have 7.78 shots per game on average and will be looking to make use of these chances to score. They had scored a screamer in the match against Ajax, which was ruled out as the player was offside. And the Scottish side was able to win the ball in dangerous areas as well. They will be looking to take advantage of such opportunities.

Rangers will be looking to improve their defence as well. Their goalkeeper, Allan McGregor, had to face an average of 15 shots per game and conceded 2.56 goals per game. 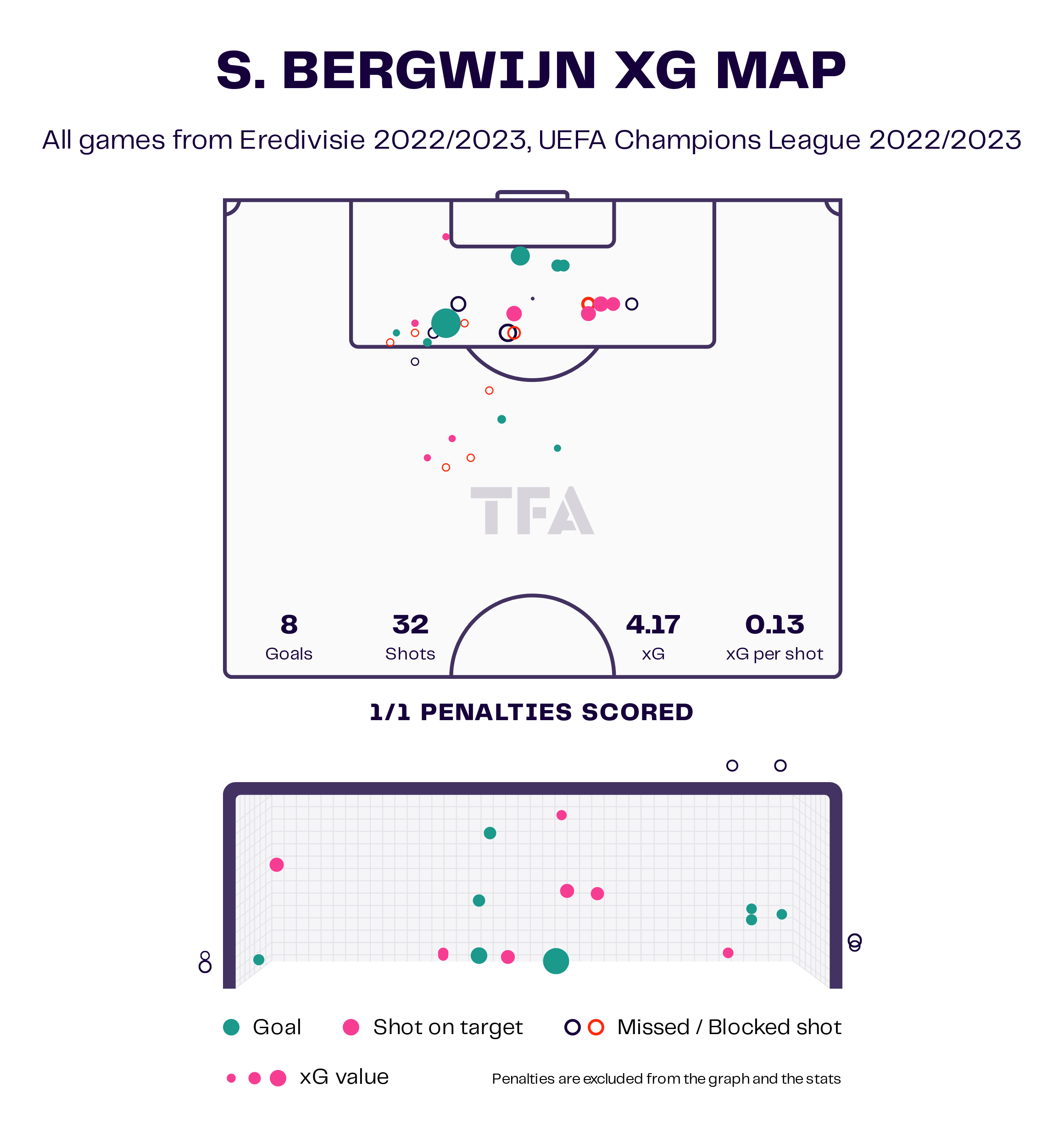 Steven Bergwijn was signed by Ajax from Tottenham Hotspur and has scored seven goals and assisted two in the domestic league. The Dutch international, on the other hand, couldn’t seem to find his finishing touch in Europe. Ajax will be banking on him to convert those chances into goals in the match against Rangers.

On average, Bergwijn has 6.71 touches in the opposition penalty box, 5.8 dribbles, and 2.29 shots per game. He also averages 0.56 goals per game this season across all competitions. Ajax will hope that the former Spurs player will score again for them, as he did against Rangers in the home fixture.

The hosts have a string of injury concerns. Kemar Roofe, Glen Kamara, Ryan Jack, Connor Goldson, John Souttar, Tom Lawrence, Filip Helander, and Nnamdi Ofoborh are all injured and are most probably not going to feature in the match against Ajax. They will be hoping that Ajax continues to miss their chances.

The visitors, on the other hand, have a healthy squad and will be looking to travel with their full strength to Scotland. It wouldn’t be surprising if Edson Alvarez and Jurrien Timber, both of whom are one yellow card away from European suspension, were rested or taken off after a half.

Ajax will be aiming for back-to-back wins against the Scottish side in the UEFA Champions League 2022/23 campaign. They are the hot team, having beaten the same opponents four times in the first round. Rangers, on the other hand, won’t settle for zero points from the campaign and aim to register a point against the Dutch champions.

Tremendous Tadic: The Serbian playmaker’s impact for Ajax in the UCL...