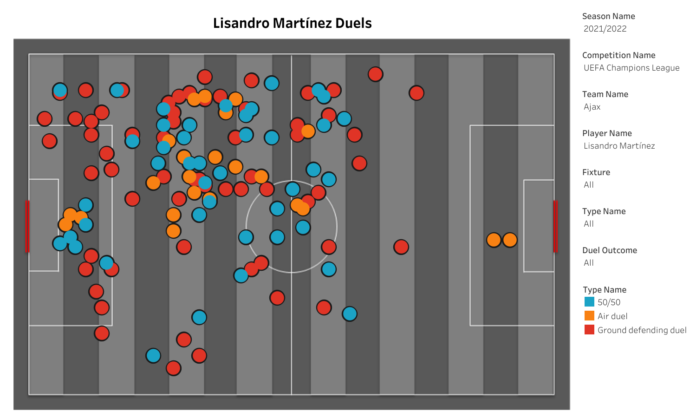 Ajax players are on the transfer lists of a few European clubs. Erik ten Hag’s departure means that a lot of players are thinking about leaving the Dutch club. Ryan Gravenberch has left the club to join Bayern Munich. Jurrien Timber, Antony and Sebastien Haller are also expected to leave the club in the transfer window. However, they won’t let a lot of players leave the club in the summer. Lisandro Martínez is also one of the players who is also on the transfer list of some of the English Premier League clubs like Arsenal and Manchester United. He was solid at the back for Ajax last season and played a crucial role in winning the domestic title and Ajax’s run to the knockout stage of the UEFA Champions League. 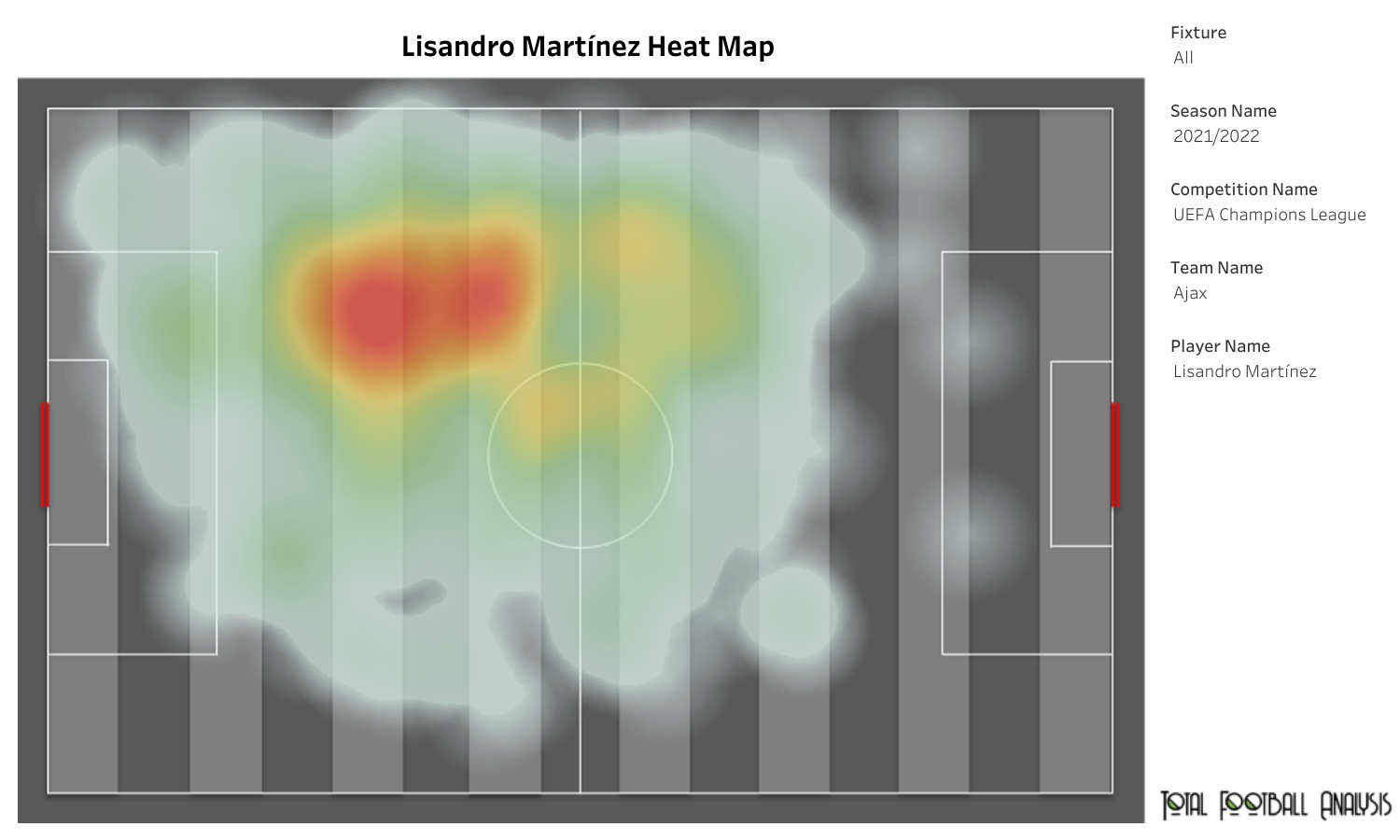 Martínez played as the left centre-back for Ajax. The above viz shows the heat map of the defender in the eight appearances that he made in the UEFA Champions League. He was unable to score a goal but provided an assist to Haller, which turned out to be the winning goal in their 1-2 victory over Beşiktaş. 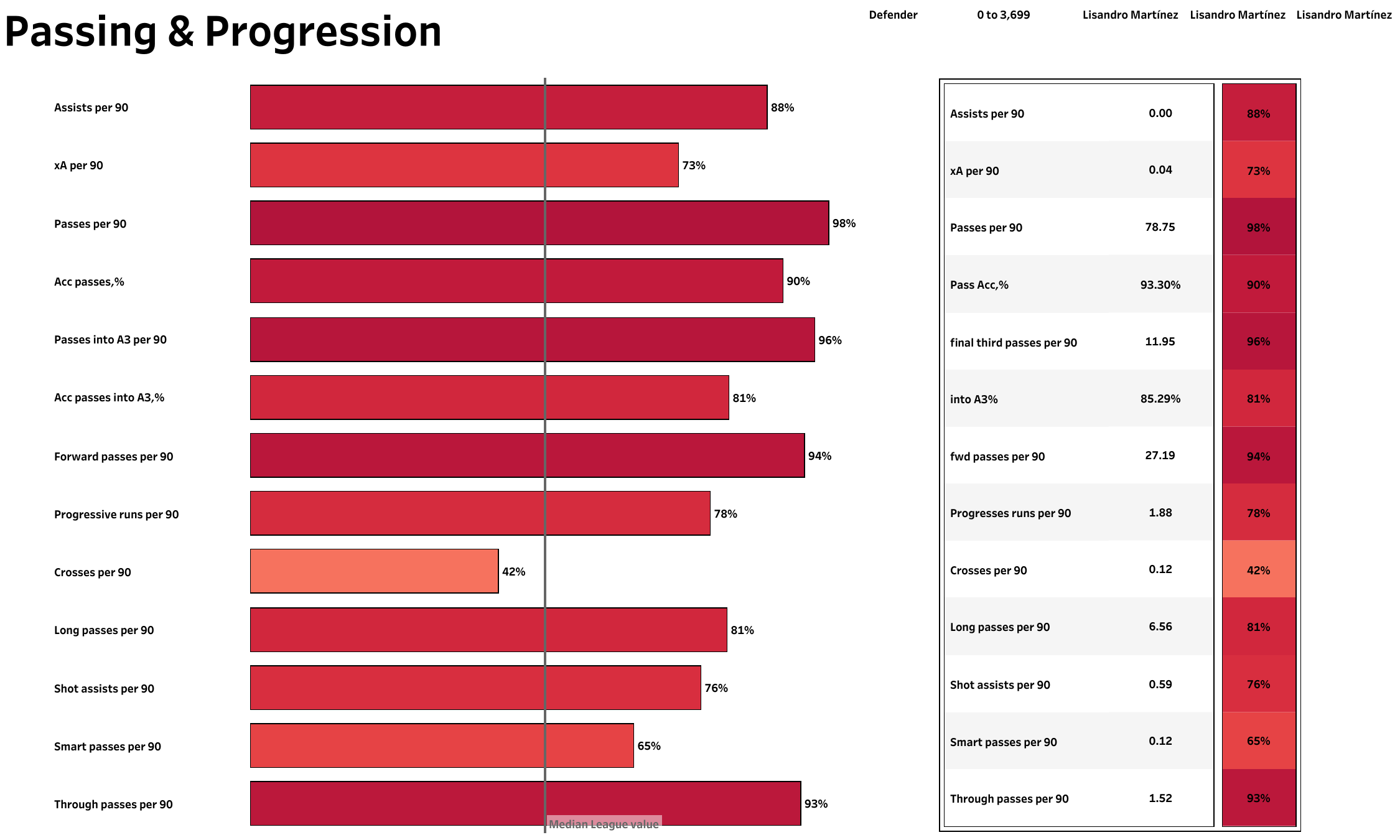 The above viz shows the passing and progression stats of the defender in comparison to other defenders in the UEFA Champions League. When looking at the above chart, the general rule is that the longer the bar, the better the performance — you can see the league average in the middle, and the % is the percentile rank the player is in. Martínez averaged 78.75 passes per 90 minutes with an accuracy rate of 93.3%. As a centre-back, he attempted 11.95 passes into the attacking third per 90 minutes with a high accuracy rate of 85.29%. He attempted more than one through pass per 90 minutes. Martínez is a ball-playing defender and Ajax need to retain a centre-back who can lead their defence. 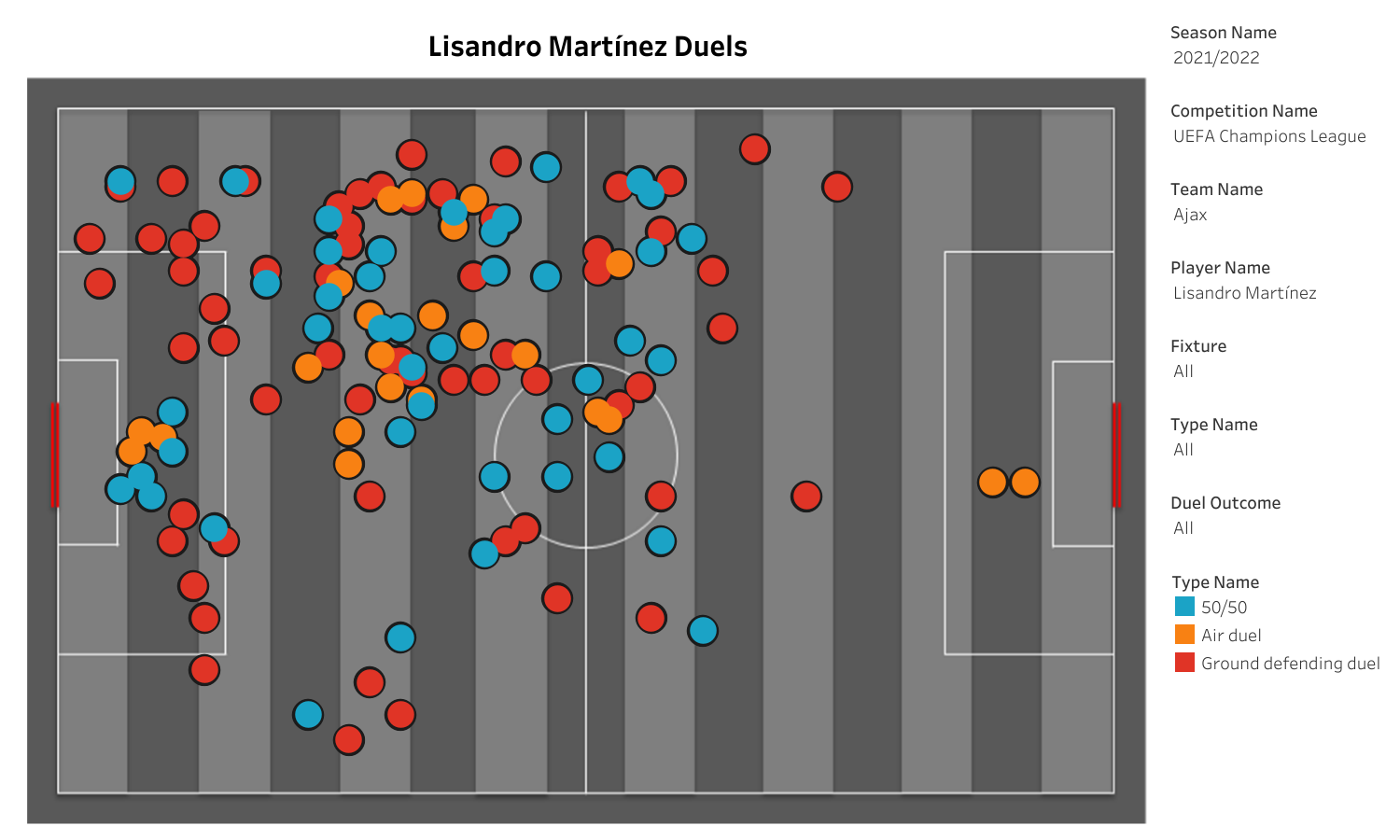 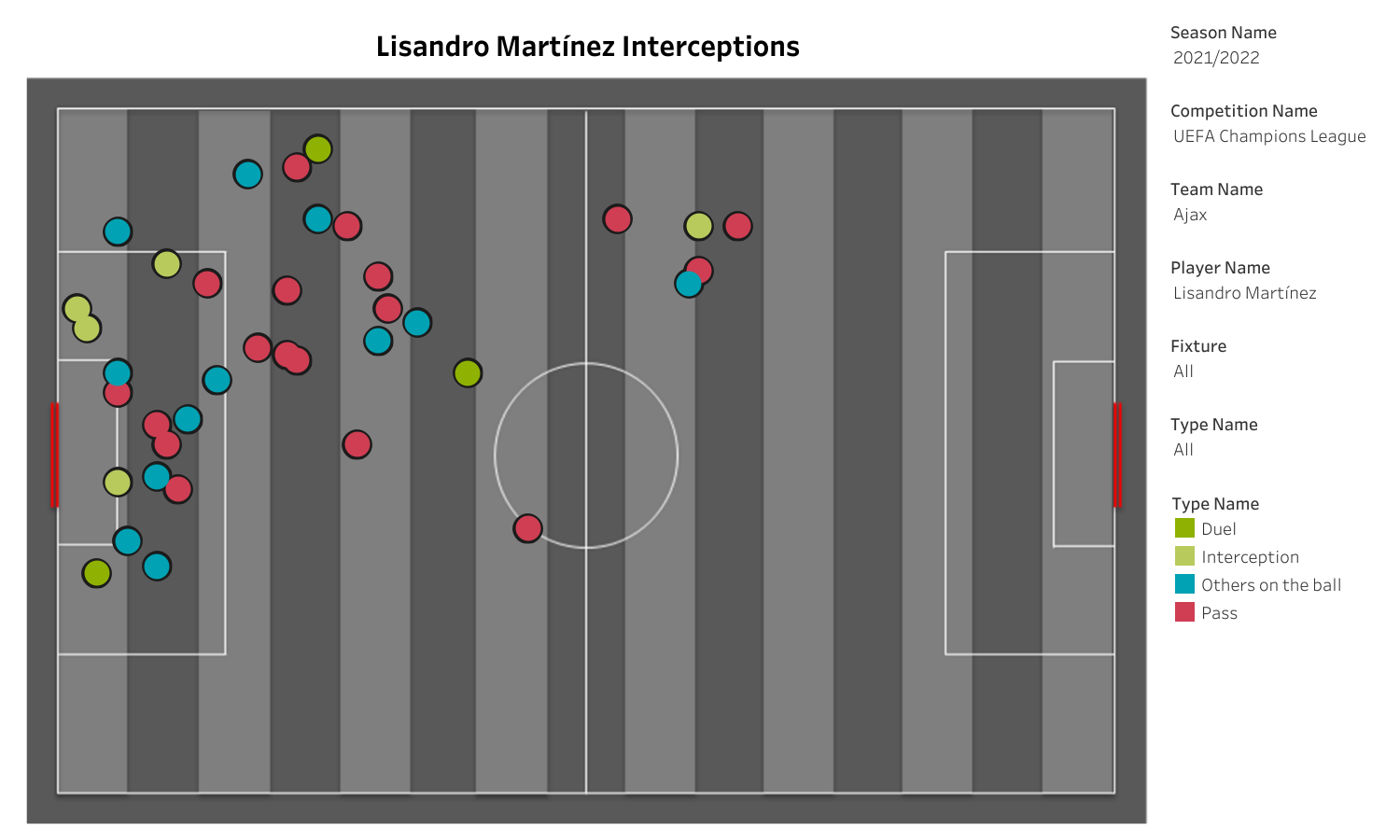 Martínez made 24 appearances in the Eredivisie. He scored a goal and also provided three assists. The centre-back played a crucial role in the title-winning season for Ajax. The Dutch team won’t allow their main centre-back to leave that easily. They would demand a high fee if the player also agreed to leave the club. He is a modern-day defender who is good with the ball at his feet. Lisandro Martínez could become one of the best defenders in the coming years.

Under the microscope: Steven Berghuis – An important signing for Ajax last season

Under the microscope: Can Perr Schuurs replace Jurrien Timber in Ajax’s starting XI?

Under the microscope: Why Ajax should consider building a team around...

Under the microscope: Can Davy Klaassen produce the goods for Ajax...