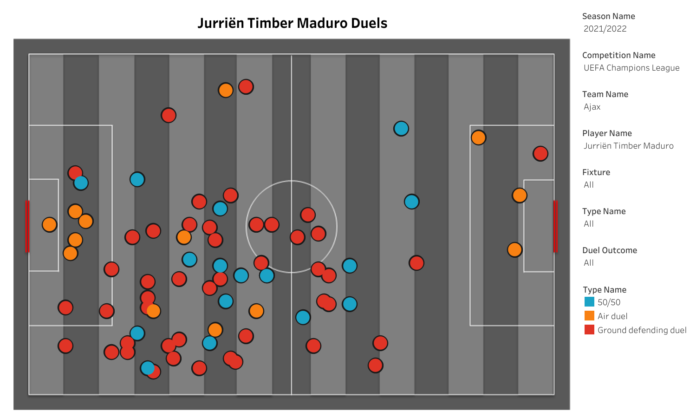 Jurrien Timber is one of the most in-demand defenders in Europe this season. The 20-year-old centre-back was a regular part of Ajax’s playing XI this season and has helped his side to retain the Dutch Eredivisie title. He is a modern-day centre-back who is also comfortable playing towards the right side of the defence. The Dutchman is regarded as a like-to-like replacement for Matthijs de Ligt. He has a good record when it comes to one-on-one defending and can win most of the duels contested by him. This season, he made 30 appearances in the league and eight in the UEFA Champions League. Jurrien Timber scored three goals in the league and provided two assists. These performances have attracted the interest of a lot of European clubs, and the player might be on the move away from the Dutch side. Here are some of the stats that will show his performances in the UEFA Champions League. 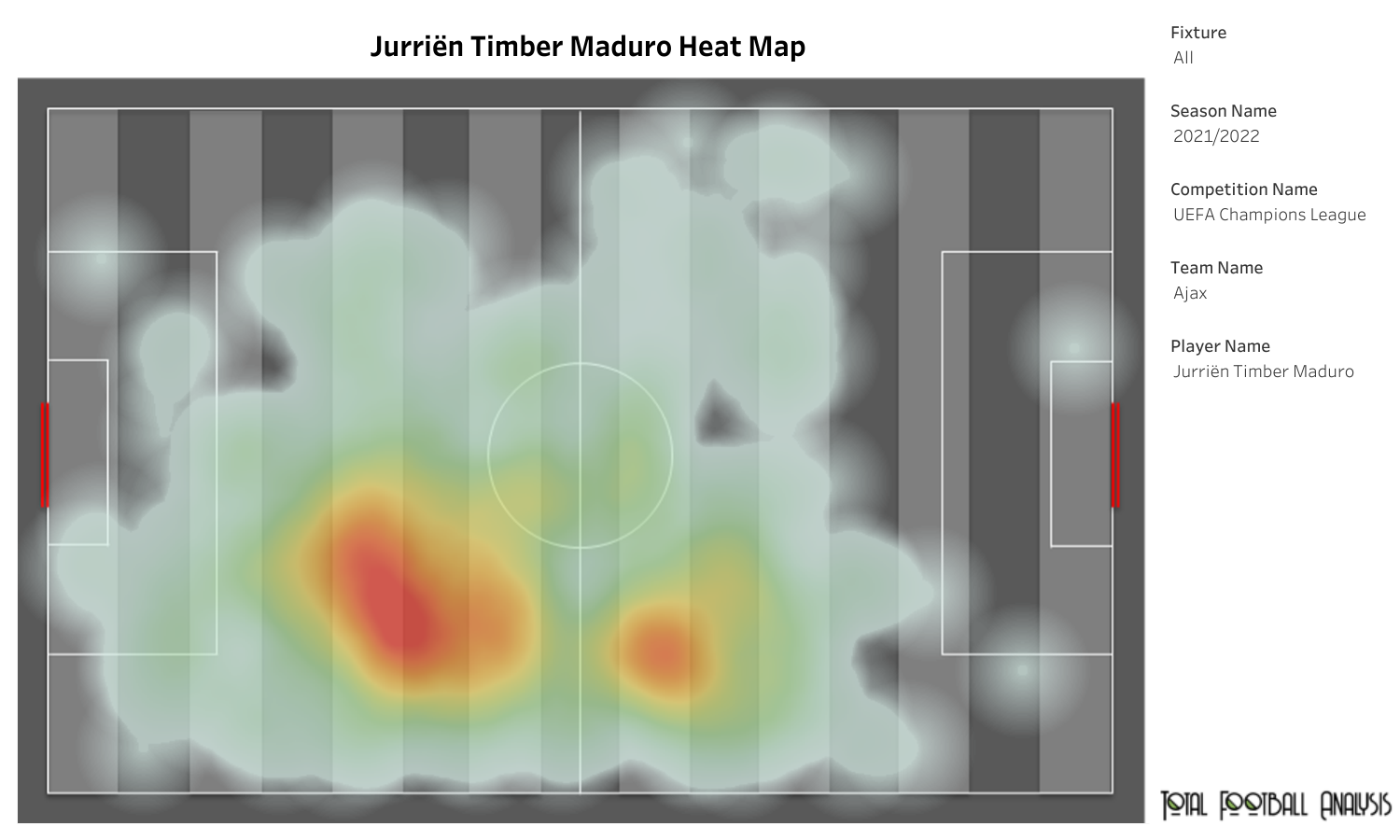 Jurrien Timber made eight appearances in the UEFA Champions League this season, and two were made after coming off the bench. The player has featured as a right centre-back and has also taken positions higher up the pitch. He has held his position and has shared the most passes with fellow centre-back, Lisandro Martinez. Most of his passes have been simple and attempted towards the players featuring on the right side. 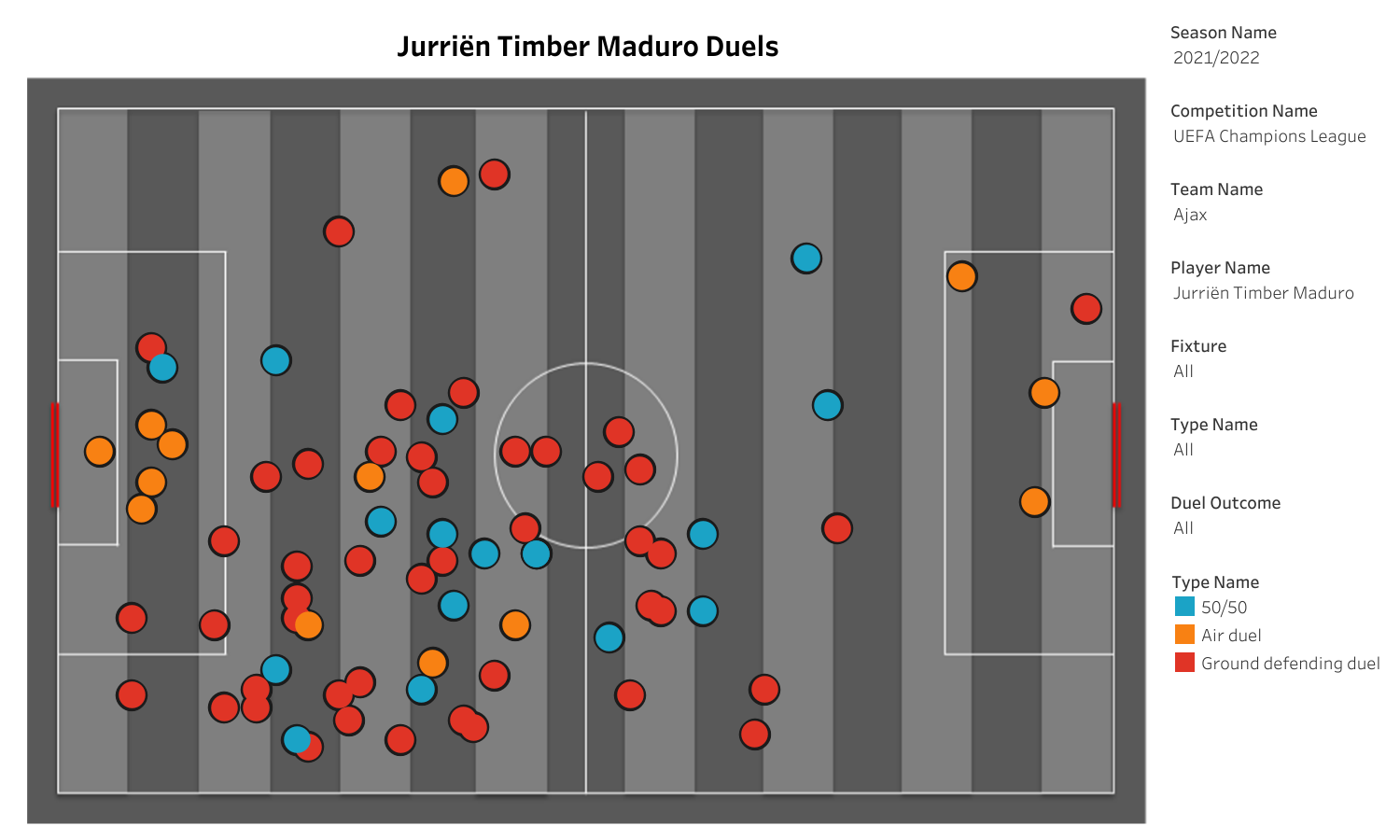 The above viz shows all the duels contested by the centre-back. Timber has contested most of the duels inside his team’s half. Most of the duels contested by him were defensive duels, followed by loose ball duels and aerial duels. He has shown confidence while contesting duels and has won most of them. One thing that can be noticed is that he makes some early challenges and doesn’t allow the opposition to get near the penalty box. He contested aerial duels inside his penalty box and defended the box well. 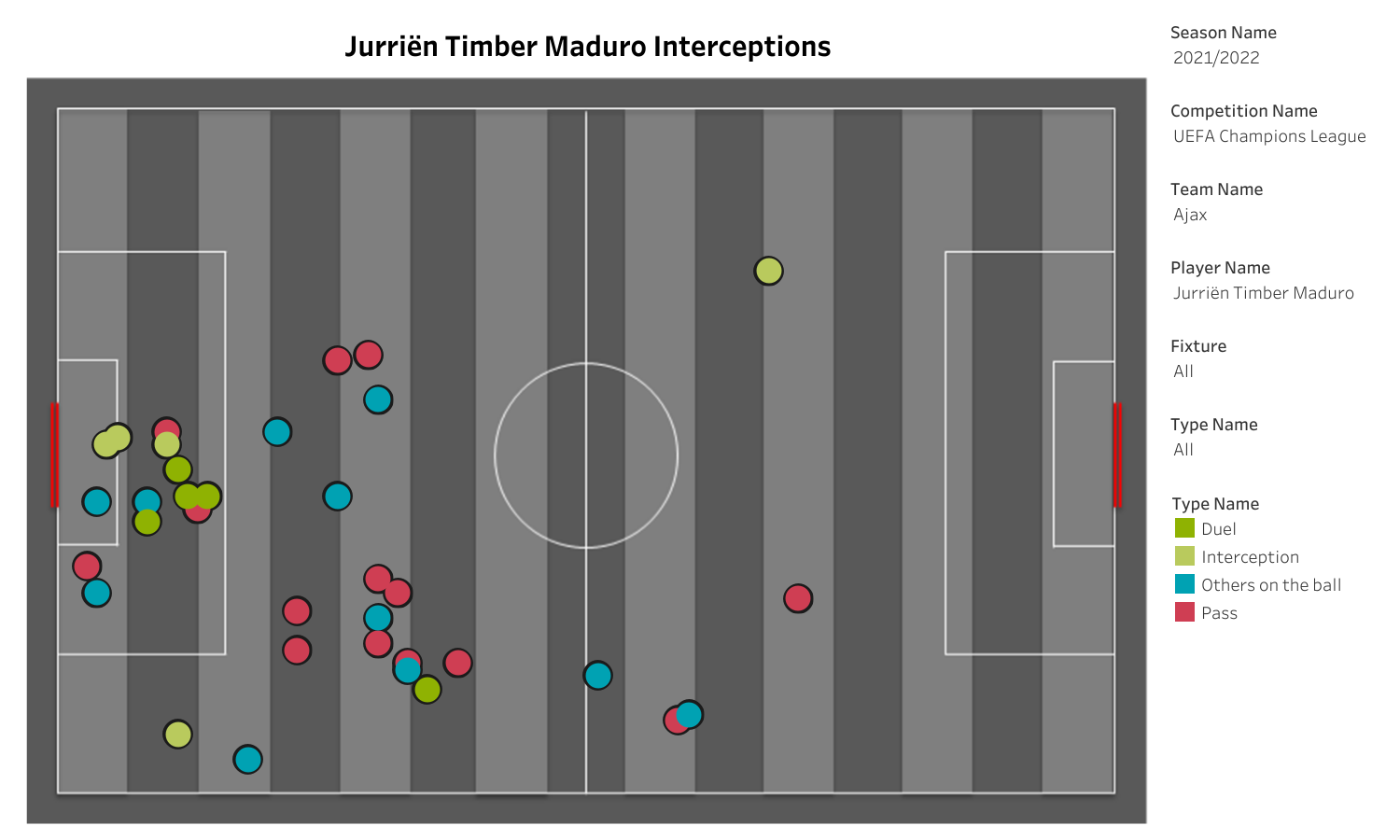 The 20-year-old centre-back has a bright future ahead of him. Manchester United are the frontrunners in the race to sign the youngster, with Erik ten Hag keen on bringing him to the English club. There is a lot of competition to sign him in the upcoming transfer window, and he could easily be on the move away from the Dutch club.

Transfer Talk: Edin Džeko – Why should Ajax buy the experienced...