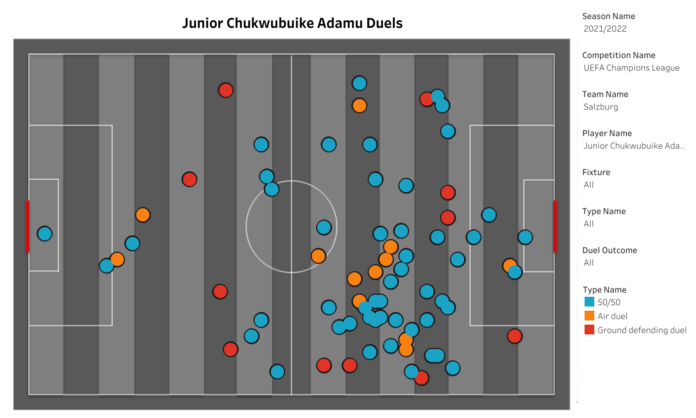 Ajax have been very busy in the transfer window because of a managerial change at the club. The defending Dutch Eredivisie champions have a few players in their team who are on the wishlist of other clubs. Ryan Gravenberch has already joined Bayern Munich, and Jurrien Timber and Antony are heavily linked with a move to Manchester United. Ajax striker, Sebastien Haller, is also identified as a replacement for Erling Haaland at Borussia Dortmund. The Dutch club is scouting for players who could replace these players and help them defend the league title and reach the knockout stages of the UEFA Champions League. One of the players who is being targeted is RB Salzburg striker, Junior Adamu.

Junior Adamu is a 20-year-old Austrian striker who plays for RB Salzburg. The forward has already represented Austria at the international level and scored six goals in nine appearances. He was a regular member of Salzburg’s squad in the 2021/22 season and helped them to earn the league title and their best finish in the UEFA Champions League. His performances on the big stage have impressed everyone, and the 20-year-old is on the wishlist of a lot of clubs. 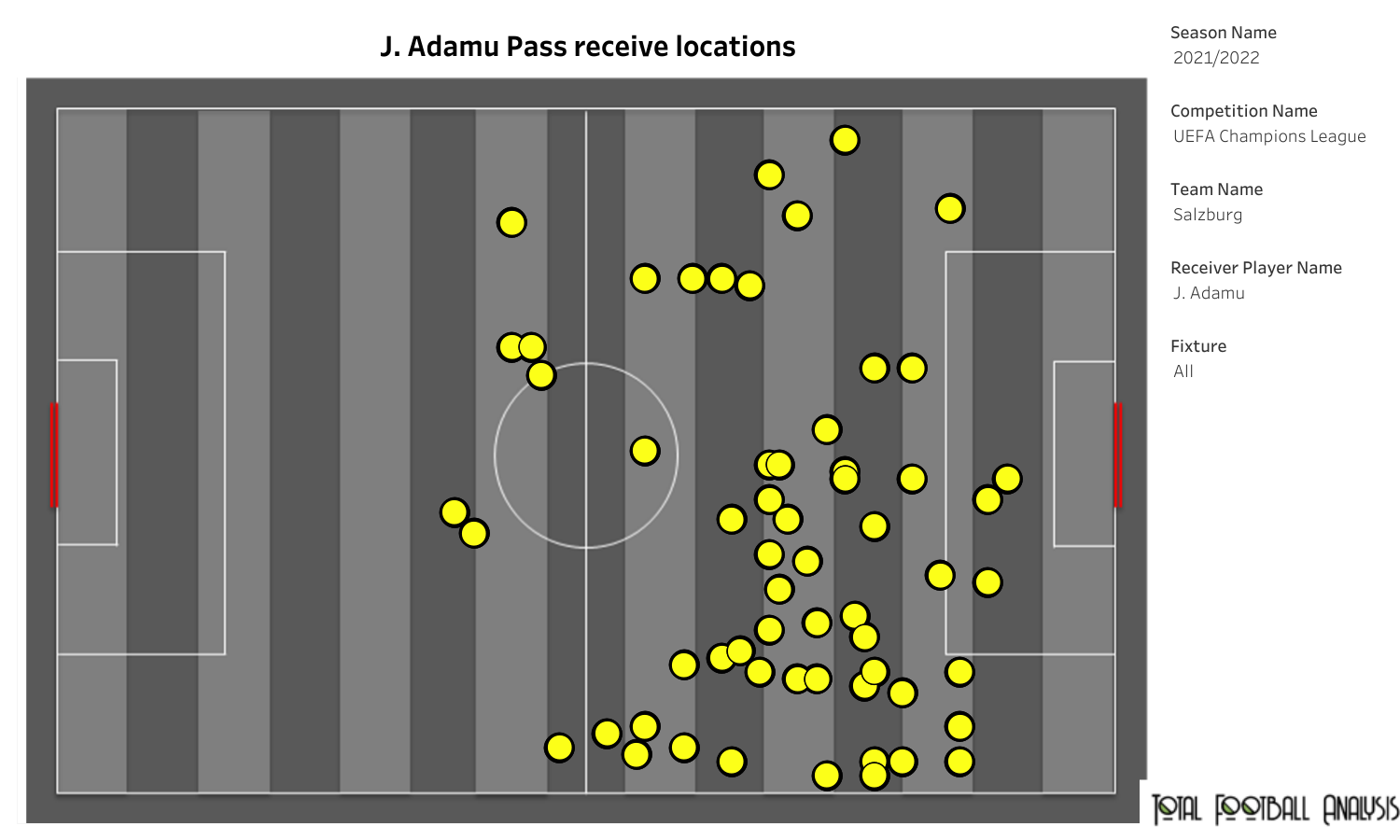 Junior Adamu made nine appearances in the UEFA Champions League this season. He only made one start and made substitution appearances in the other eight games. The above viz shows the pass receiving location of the youngster. We can observe that the youngster has featured mostly on the right side for Salzburg. He got five touches inside the opposition’s penalty box. 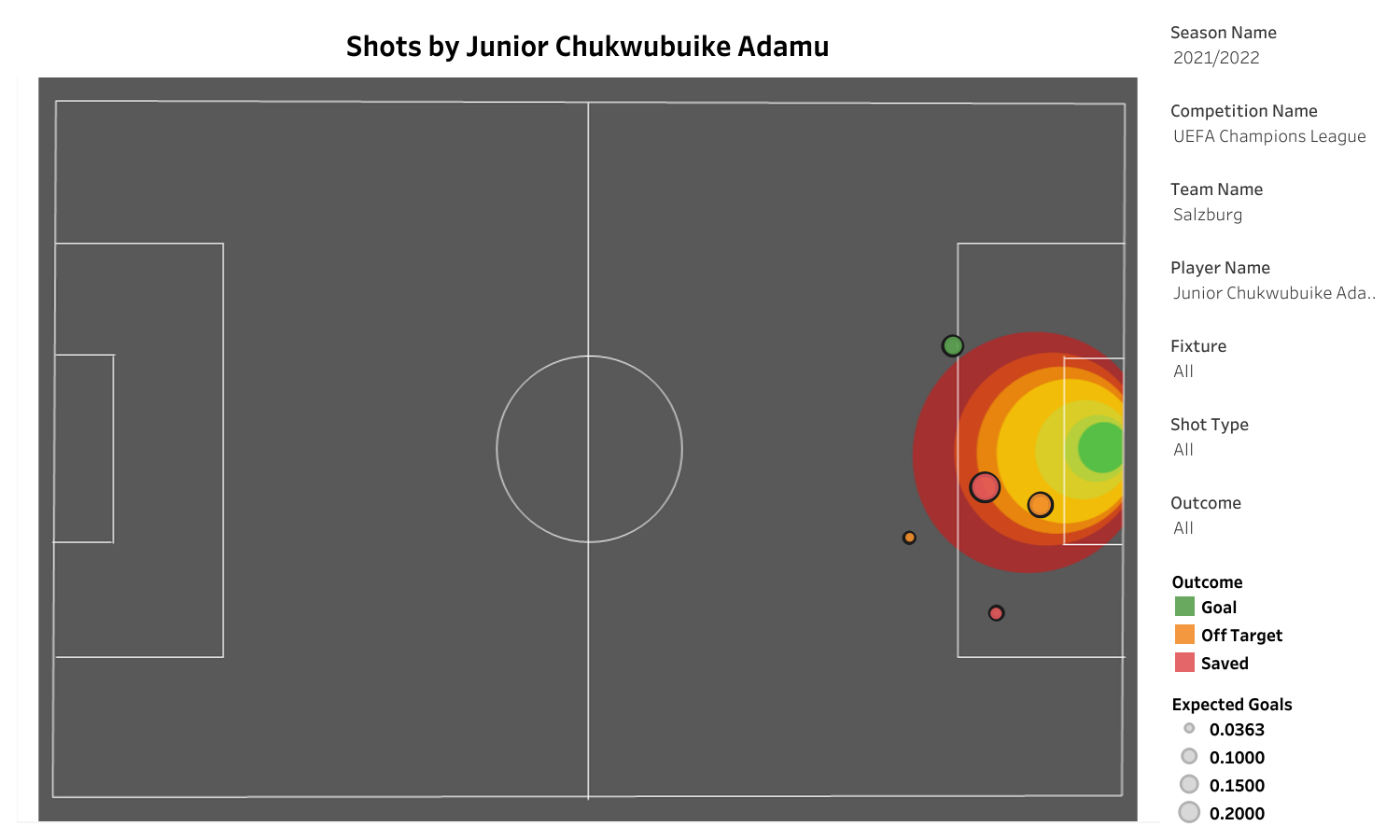 The above viz shows all the five shots that were attempted by the forward. He managed to hit the target twice and had a shot accuracy rate of 40%. The 20-year-old striker scored his only goal of the tournament right from the edge of the penalty box. Junior Adamu attempted three shots in one of the matches played against the German club, Bayern Munich. Both his shots on target were attempted in the same game, and he scored the goal in that particular match. 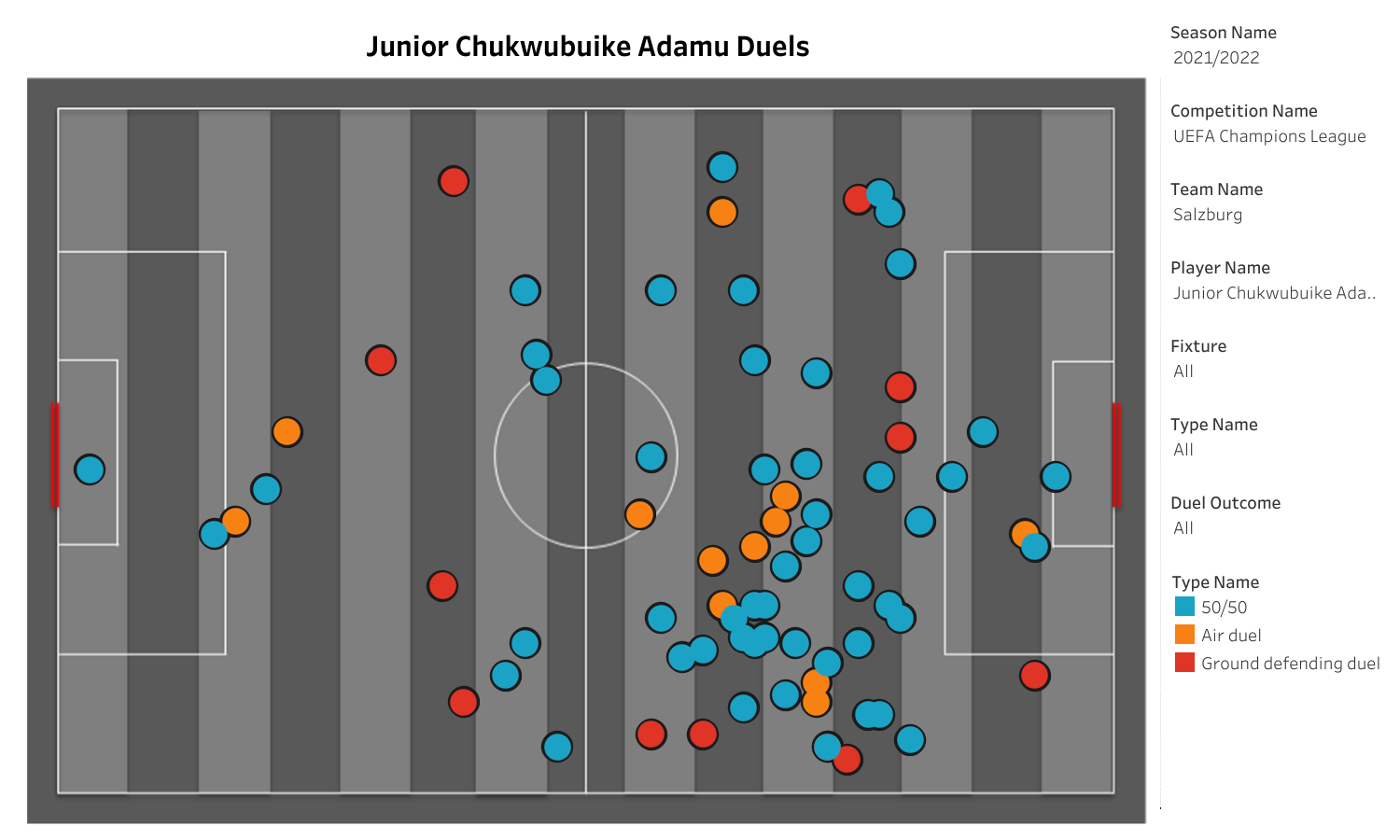 Junior Adamu likes to pressurise the opposition defence and has contested quite a few duels. The above viz shows all the duels that were contested by the forward in the UEFA Champions League. It can be observed that most of the duels that have been contested are loose ball duels, followed by aerial duels and defensive duels, respectively.

The 20-year-old is into his early days at the top level. He impressed everyone with the limited time he got on the pitch. Junior Adamu was impressive against Bayern Munich and caught the eye of other clubs. He could be on the move away from Austria if both clubs and the player reach an agreement.

Under the microscope: What made Ajax so dominant in the group...

Under the microscope: How Ajax could line up this season following...