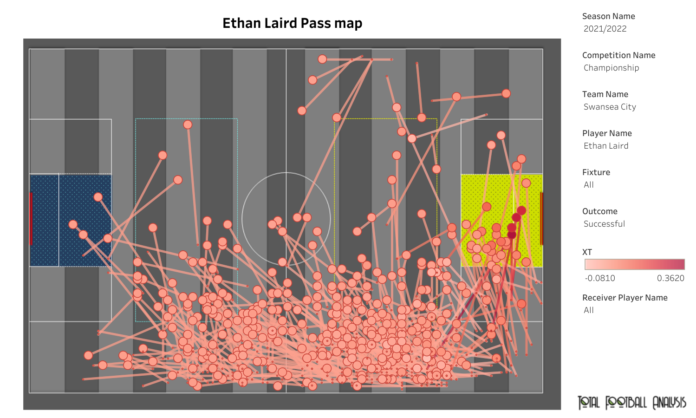 Ajax have shown an interest in Manchester United’s young right-back, Ethan Laird. The Red Devils recently signed Lisandro Martinez, and the Dutch club is now looking to add the 20-year-old to their ranks. There is a lot of shuffling going on at Ajax as they have lost a few regular starters from last year’s league-winning season and a high-scoring UEFA Champions League campaign. Now, they need to defend their league title and are looking for reliable options. Laird spent the last season in the EFL Championship with Swansea City and AFC Bournemouth. He is regarded as the future right-back at Manchester United, but the Red Devils might send him to Ajax to gain some experience. Some of the stats from last season show how the player could contribute to Ajax if signed for the next season. 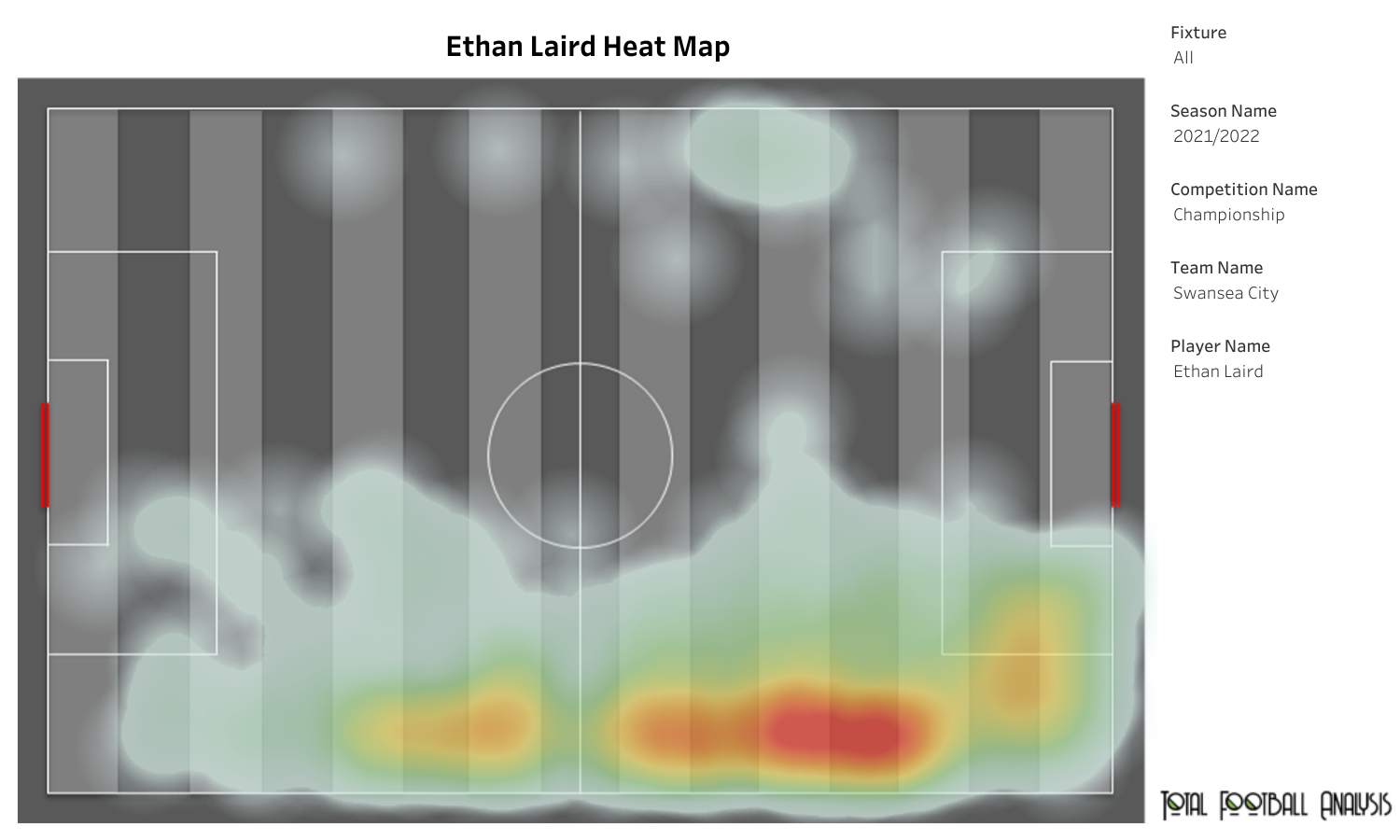 Laird made a combined total of 26 appearances for Swansea City and AFC Bournemouth. He made 20 appearances for the Welsh club and started in 18 matches. The other six appearances came for Bournemouth. The above viz shows the heat map of the player for Swansea City. Laird played a high attacking line and averaged 2.3 touches inside the opposition’s penalty box in the competition. He was ranked highly for attempting dribbles to get past the opposition defence. The right-back attempted 7.8 dribbles per 90 minutes and had a 62% success rate. He likes to get involved in the attack and create a threat toward the opposition’s goal. 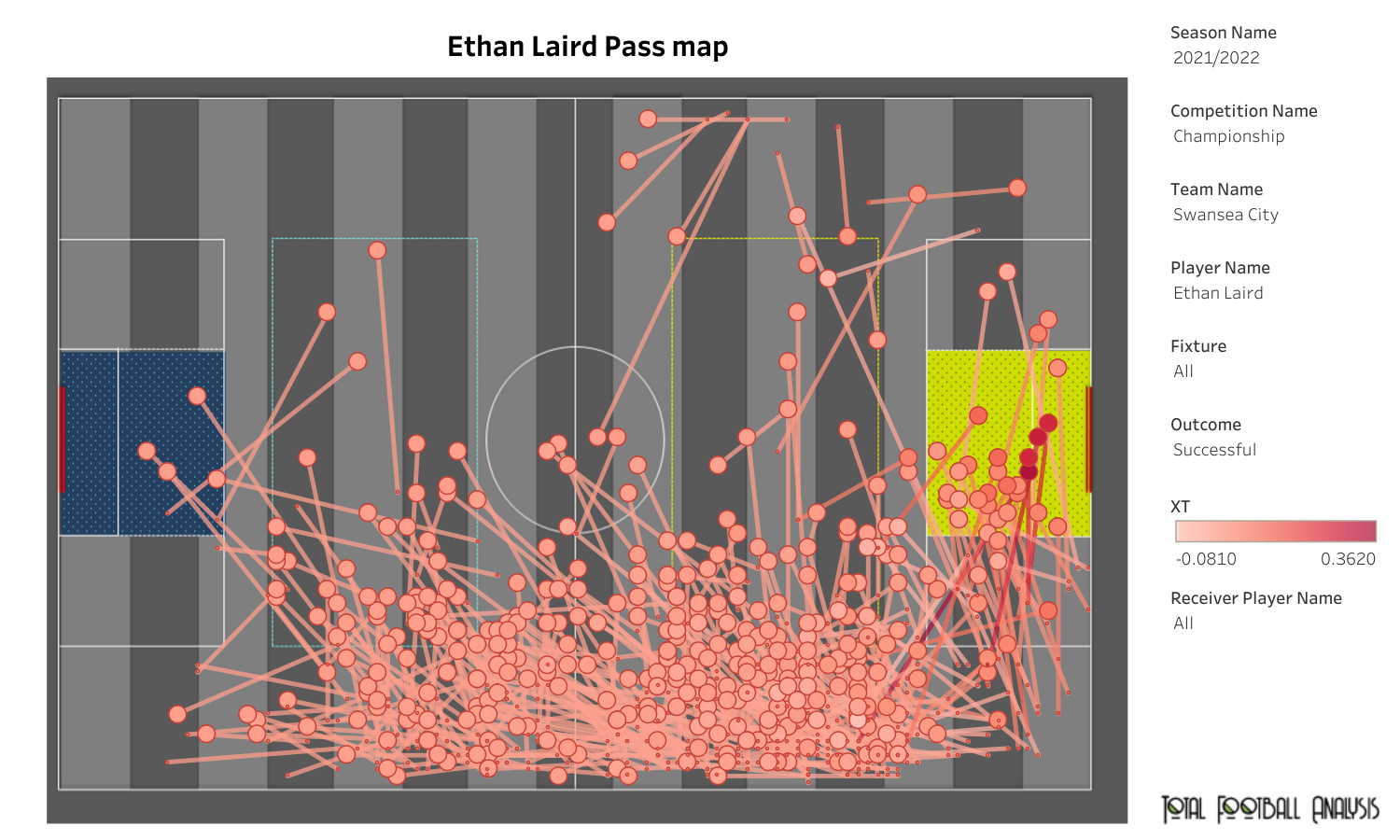 The 20-year-old averaged 27.95 passes per 90 minutes with an accuracy rate of 78.4%. The above viz shows all the passes that the defender successfully delivered. He averaged 2.8 crosses per 90 minutes and was able to find his teammates inside the opposition’s penalty box. The player managed to provide three assists in the competition. 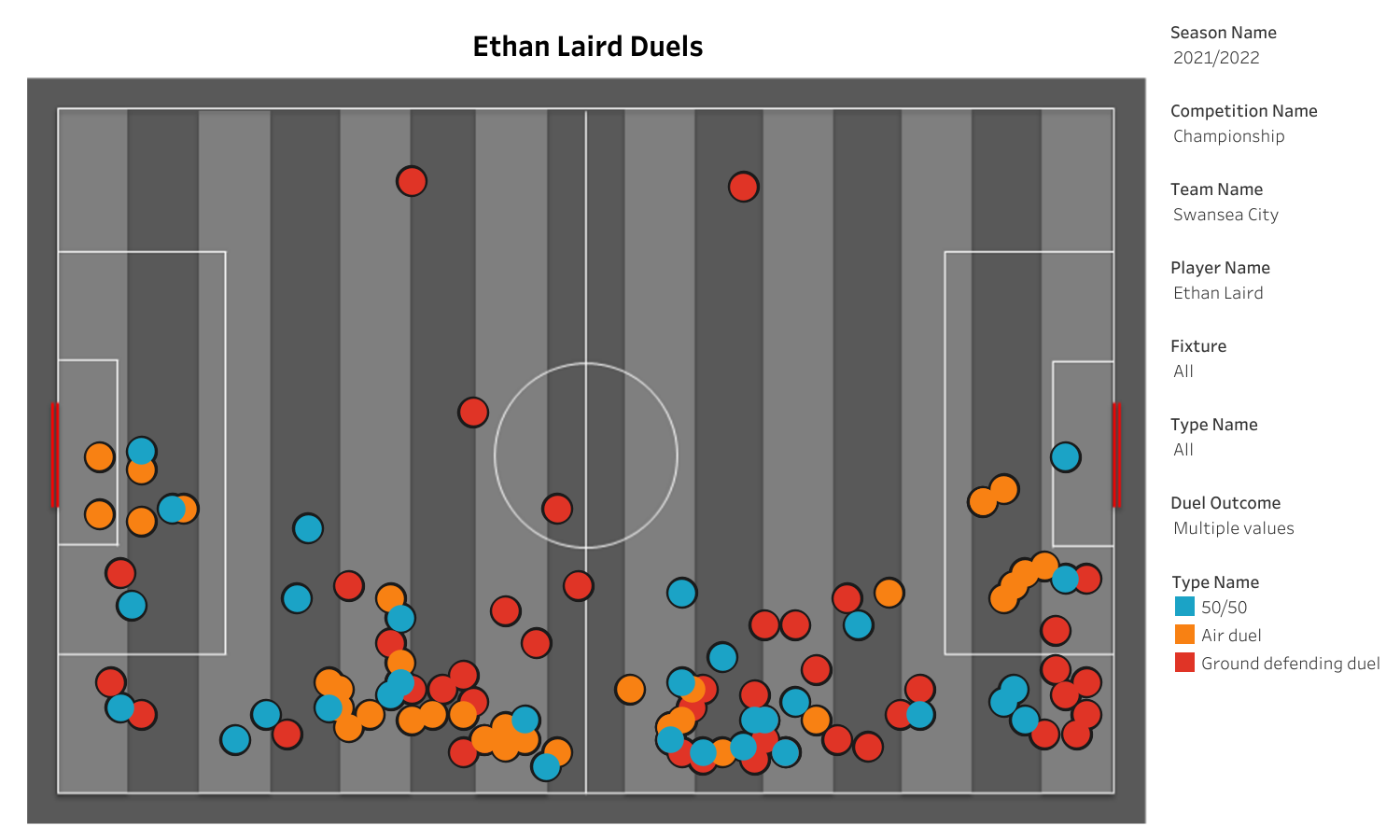 Ethan Laird could be on the move to Ajax. He can gain a lot of experience and cement his place in the Ajax starting XI. The 20-year-old likes to attack and needs to improve his defensive skills. Ajax could keep him as a second-choice right-back, and the player can learn by playing in the Eredivisie and the UEFA Champions League.

Under the microscope: Dynamic Daley – Key reasons why the versatile...