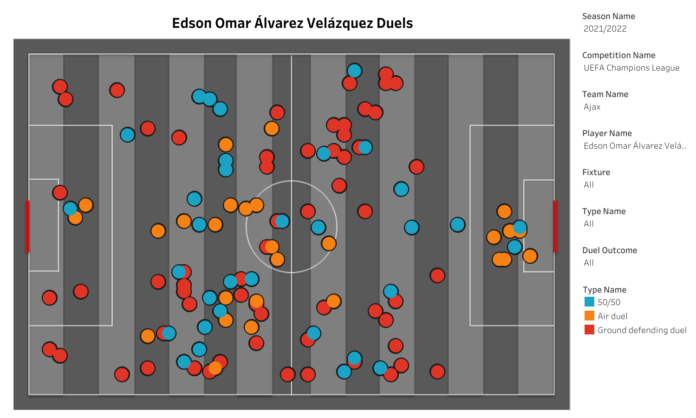 Edson Alvarez joined Ajax in 2019 from Club America in Mexico. He cost £13.5 million and played primarily as a centre-back for the Mexican team. Erik ten Hag changed his role on his arrival and started playing him as a defensive midfielder on his side. Since then, the Mexican international has acted as a shield in front of the defence and given some impressive performances in the UEFA Champions League 2021/22 season. The 24-year-old is now on the transfer wishlist of a lot of European clubs, especially Manchester United. Erin ten Hag is set to take over the managerial role at the English club, and he is interested in taking the midfielder alongside him. Here are some of the stats that will show his performance highlights in the UEFA Champions League. 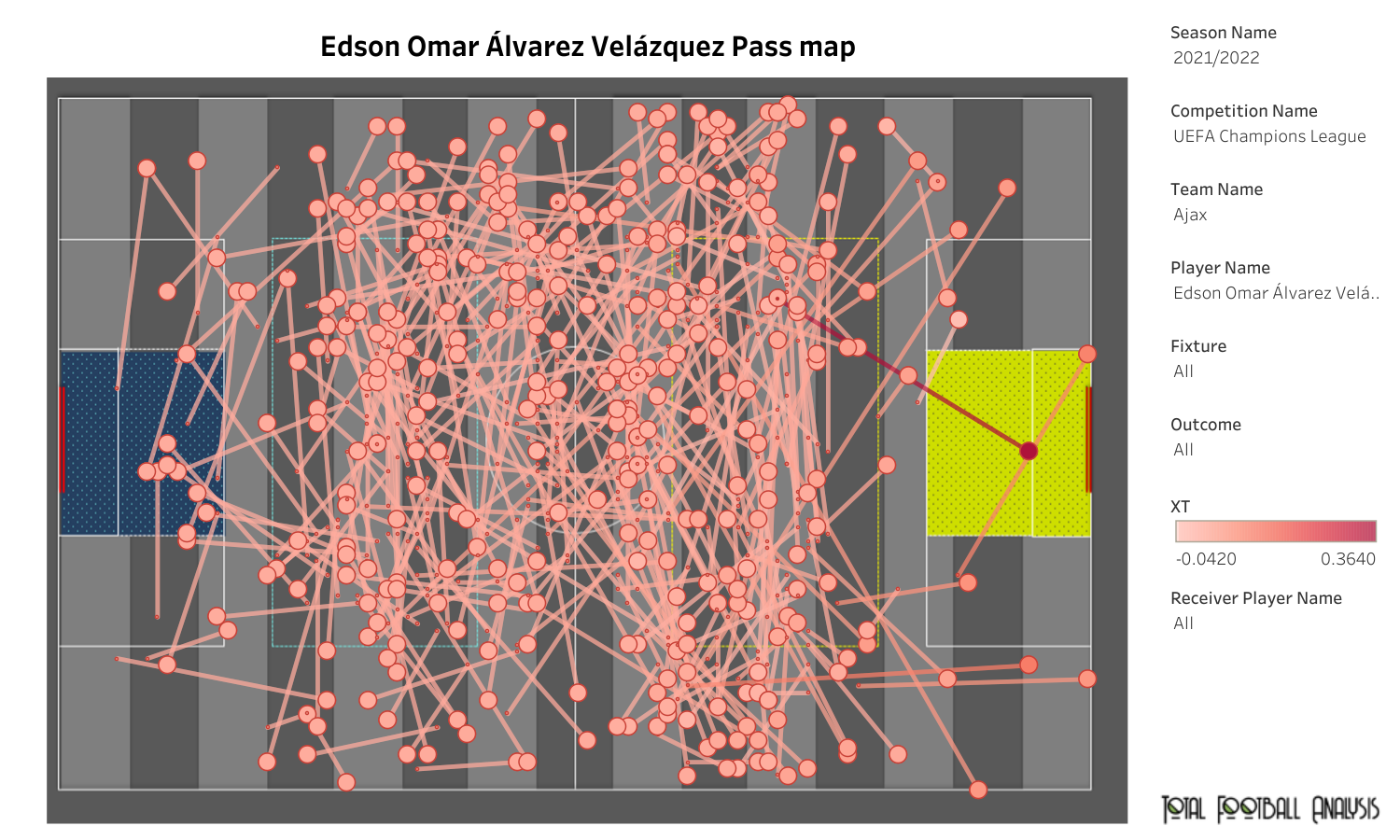 The midfielder featured in seven matches for Ajax in the Champions League. He started in every match but was unable to score a goal or provide an assist. The above viz shows all the 356 passes attempted by him this season. We can observe that he has distributed the ball to every part of the pitch and has mainly acted as a link between the defence and the attack. Edson Alvarez’s 356 passes included 14 long passes and a single cross.

Edson Alvarez attempted six shots and managed to hit the target once. The player attempted seven dribbles and took seven touches inside the opposition’s penalty box. 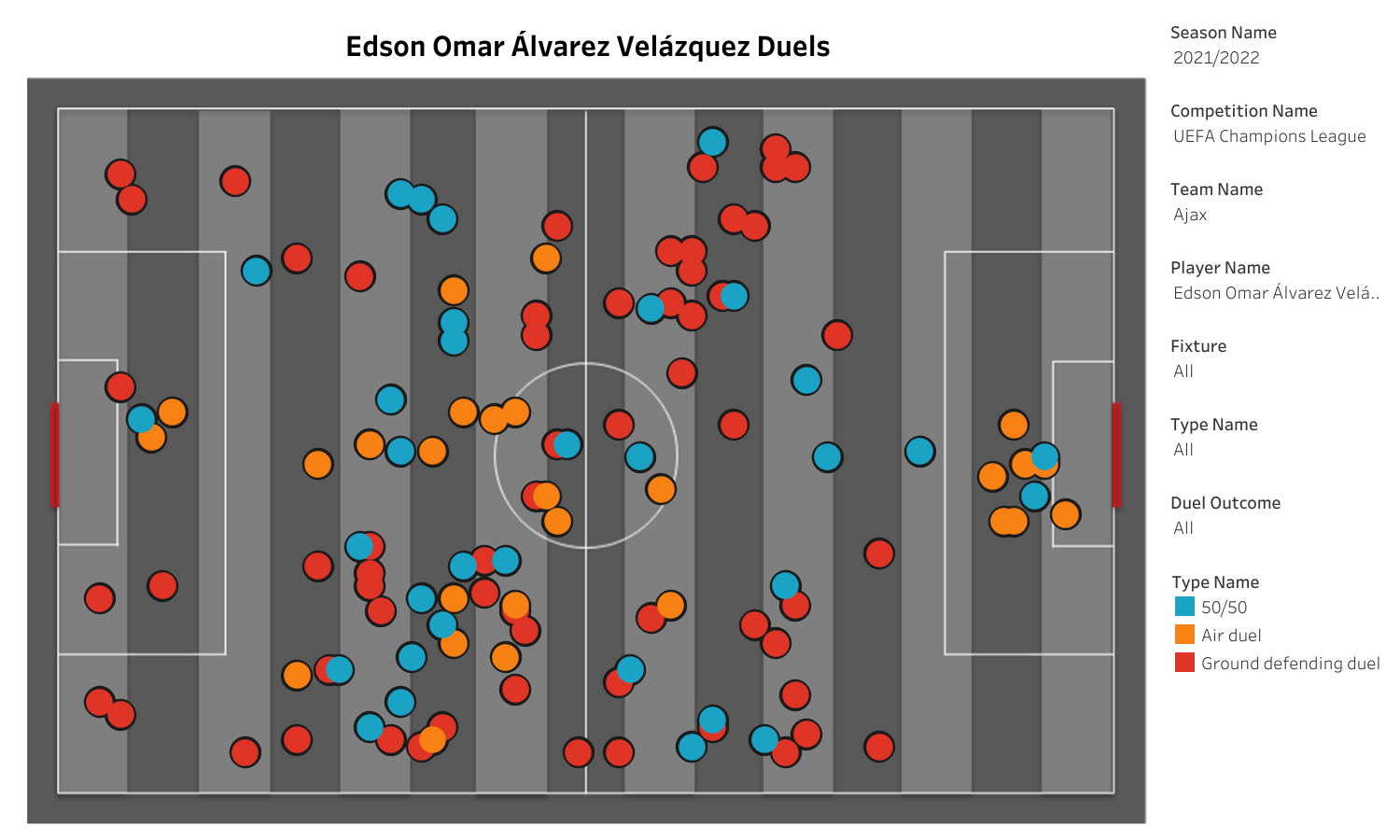 The 24-year-old made some solid defensive contributions for his side. The above viz shows all the duels contested by him this season. It can be noticed that Alvarez has contested duels in the centre and towards the wider sides. Most of the duels contested by him have been defensive duels, followed by loose ball duels (50/50 duels) and aerial duels. The Mexican player has also contested nine duels inside the opposition’s penalty box, with seven of them being aerial duels. This makes him a threat inside the opposition’s penalty box. 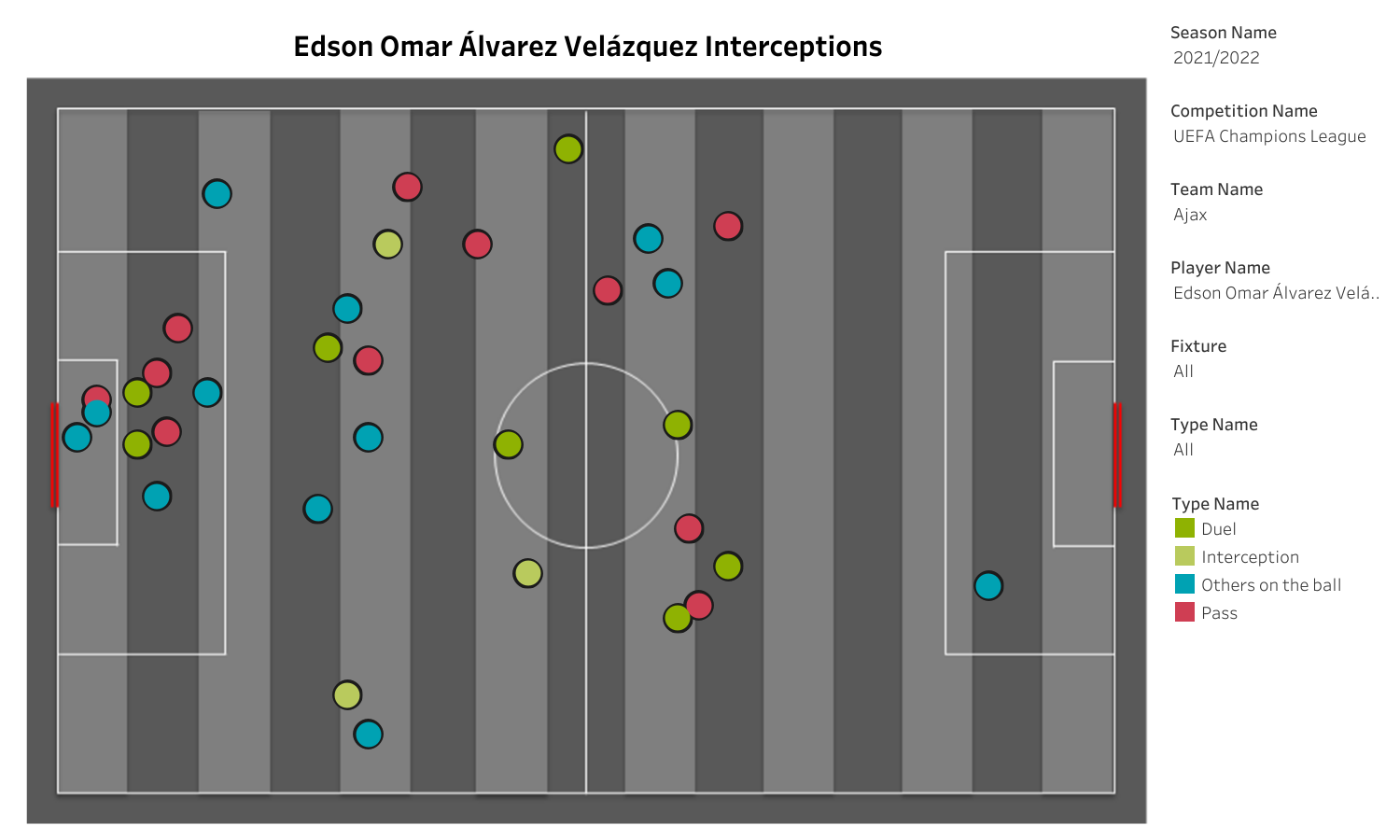 Edson Alvarez made some crucial interceptions for his side this season. He made 34 interceptions, 12 of them when other players were on the ball. He also intercepted 11 passes made by the opposition players, and eight interceptions while contesting a duel.

He made some crucial recoveries for his side. The player managed to make 71 recoveries in total, and 31 of them were made inside the opposition’s half.

Edson Alvarez has been impressive for Ajax and is getting better day by day. Some of the European clubs are monitoring his situation, but looking at the current scenario, it looks like Erik ten Hag is going to take him to Manchester United. He could be the perfect solution to solve midfield problems for the English club or any other club where he gets transferred.