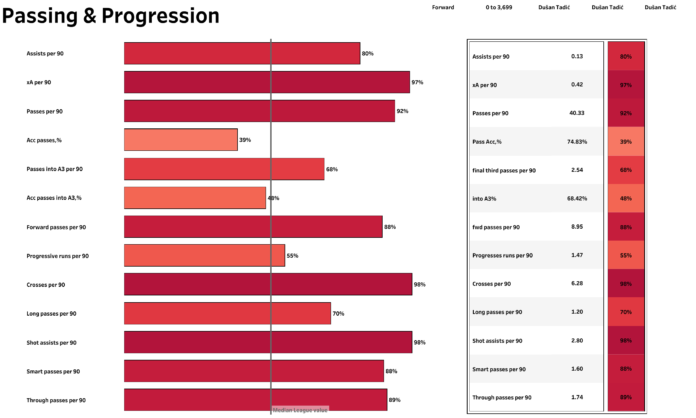 Dušan Tadić has won three Dutch Eredivisie titles since joining Ajax in 2018. However, there is a managerial change in the squad, and that has affected the team. A few players have left the club, and others are also unsure about their future. Their main goalscorer last season in the domestic league as well as the UEFA Champions League, Sebastien Haller, joined Borussia Dortmund. Some other young talents have also left the club. Now, the Dutch side needs enforcement and will expect their players to step up. Tadić will be the main player for Ajax next season. He carries an attacking threat and will play a key role in their title defence this season. 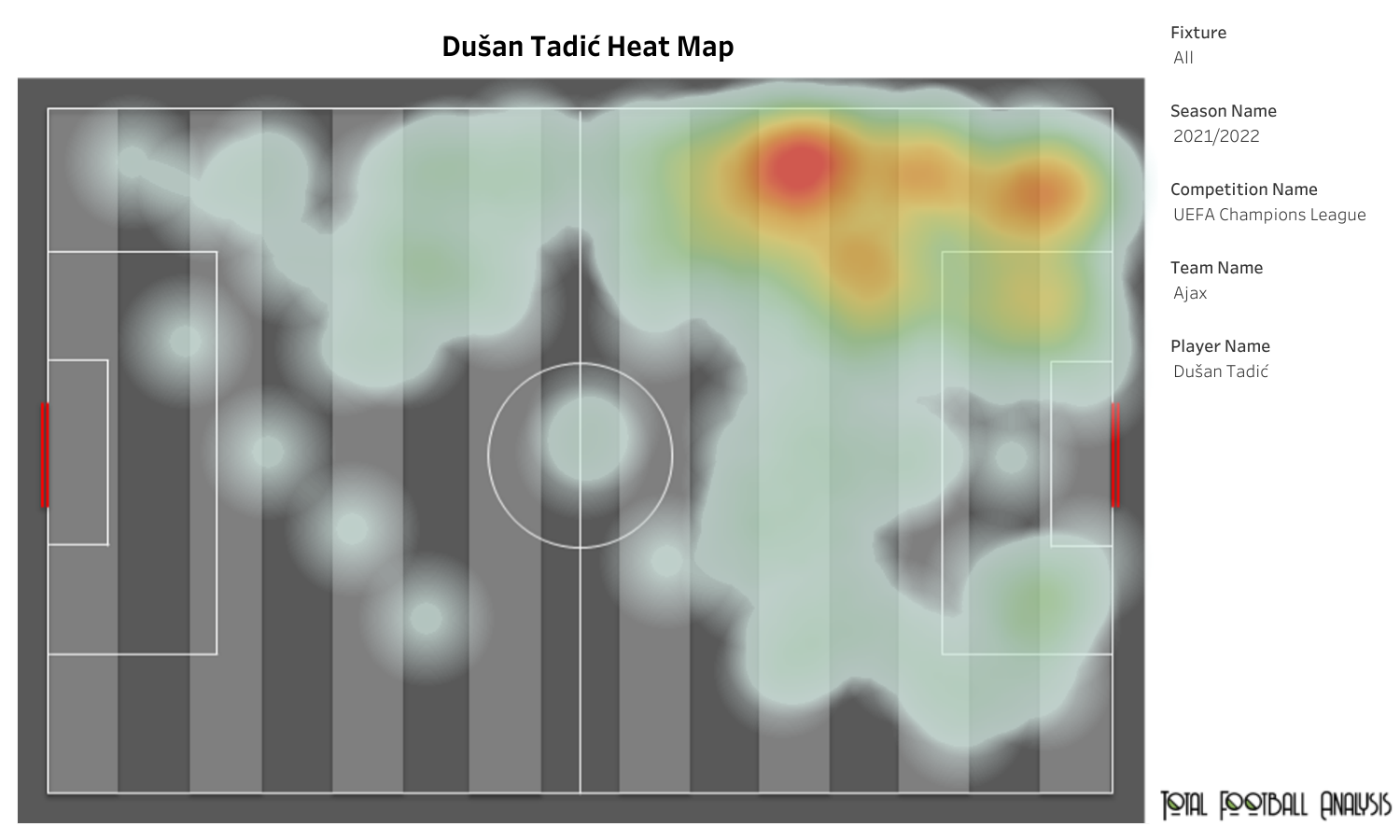 The 33-year-old Serbian has made 44 appearances for the Dutch side. He found the back of the net 16 times and gave 22 assists in the season. The above viz shows the heat map of the player in seven UEFA Champions League appearances. Tadić featured on the left for Ajax and scored two goals. He even provided an assist to one of his teammates. Tadić penetrated the opposition’s penalty box quite often and averaged 7.6 touches inside it per 90 minutes. He is a very creative player on the left flank. 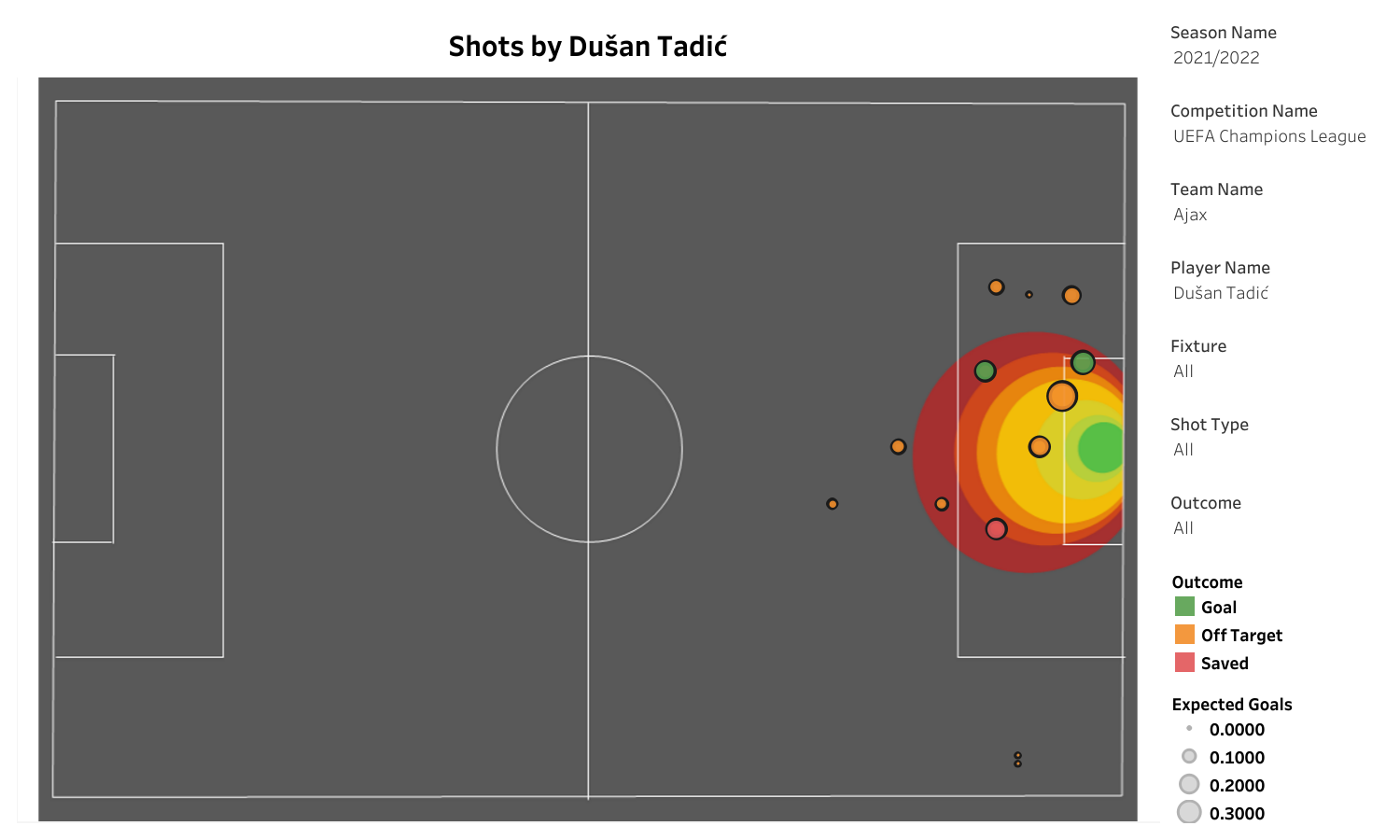 Tadić was involved in 14.5 attacking actions per 90 minutes and had a 48.6% success rate. The above shot map shows all the 13 shots that were attempted by the wide forward. He hit the target only three times and converted two opportunities. Tadić also showed some skills with the ball as he averaged 4.9 dribbles per 90 minutes with a 73% success rate. 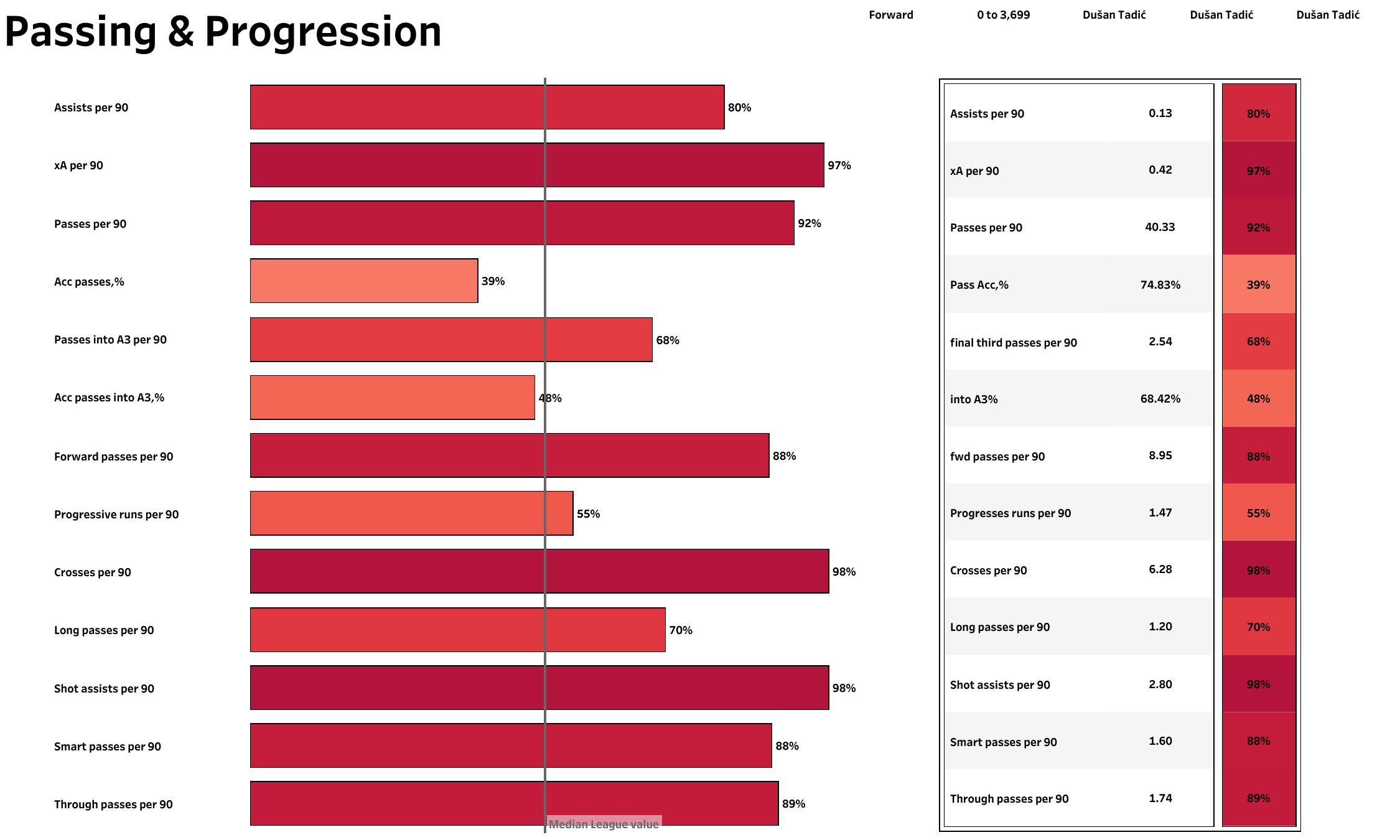 The above viz shows the passing stats with the percentile rank in comparison to other midfielders. When looking at the above chart, the general rule is that the longer the bar, the better the performance — you can see the league average in the middle, and the % is the percentile rank the player is in. Tadić had a low passing accuracy rate, but the player delivered constant crosses into the opposition’s penalty box along with smart and through passes. 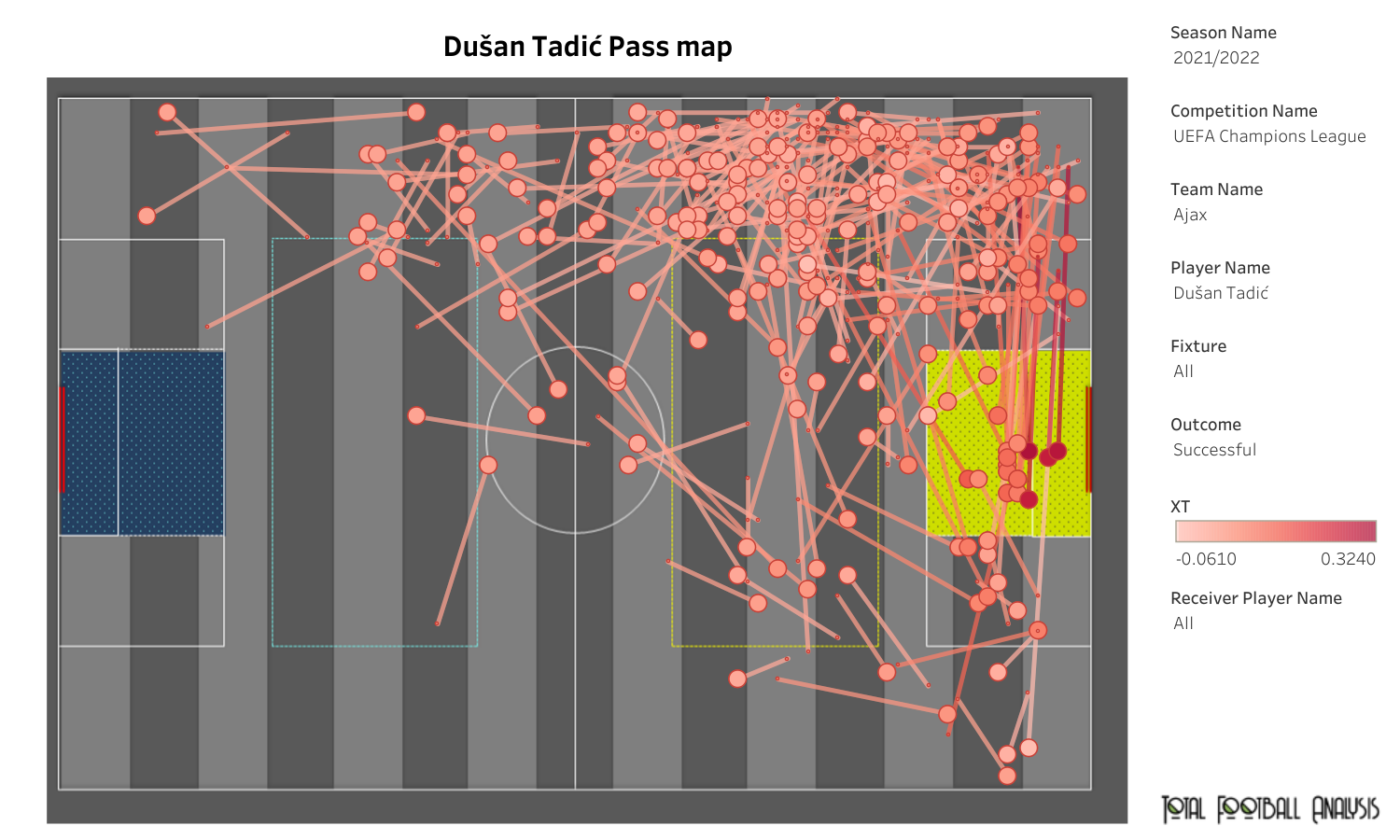 The above viz shows all the successful passes that were delivered by the playmaker. Tadić delivered crosses into the opposition’s 6-yard box, creating a lot of threats. Most of the passes were redirected towards Daley Blind, followed by Ryan Gravenberch and Steven Berghuis. He has an attacking mindset and is always looking for runners inside the box.

Tadić will be the main playmaker for Ajax next season. They will heavily rely on his creativity. However, to win a league title, every player has to contribute, and Tadić will be expecting the same. Ajax will face a lot of difficulties in defending the league title, but they might do so with a lot of young talent in their squad.

How have the seasons of Ajax’s Champions League opponents been so...