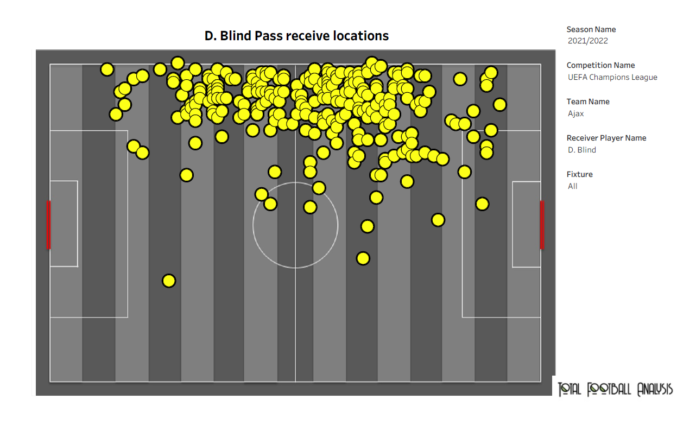 Ajax this season have continued their impressive form in the Eredivisie. In addition, they have replicated their form in the Champions League as well. Their dominant performances in the group stage have led many to believe that Ajax might be able to reproduce their inspiring run to the semi-finals of the 2019 season of the Champions League. The Dutch side are looking like genuine underdogs who can be a cause for concern for the European giants in the knockout rounds of the Champions League. At a first glance at Ajax’s team sheet this season, one may not be able to conclude that the team is a potential European champion. It is a team made up of burgeoning young talent, Dutch veterans and players who failed to make their mark in the English Premier League. And yet ten Hag’s side has more going on for them than what might be evident from an initial glance.

One of the players in the current Ajax squad who comes under the category of both a Dutch veteran and a player who failed to prosper in the Premier League is Daley Blind. Since making his return to the Johan Cruyff Arena from Manchester United, Blind has been an integral part of Ajax’s line-up. The versatile Dutchman possesses passing accuracy, successful tackles, and awareness of the game and can slot in multiple positions on the field, attributes which have made him a prominent part of ten-Hag’s line-up since his return.

Blind has continued his impressive form this season as well, as Ajax look to reclaim the Eredivisie title. They currently sit second in the league, a point behind rivals PSV, with thirteen wins, three draws, and two losses in 18 matches. In addition, they finished top of Group C, winning all six of their group stage fixtures. Blind has appeared in all 18 of his side’s league matches and was also a regular feature in Ajax’s starting line-up in the Champions League, featuring in all six group stage matches.

Let’s analyse his stats to understand why the versatile Dutchman will be pivotal for Ajax in the knockouts. 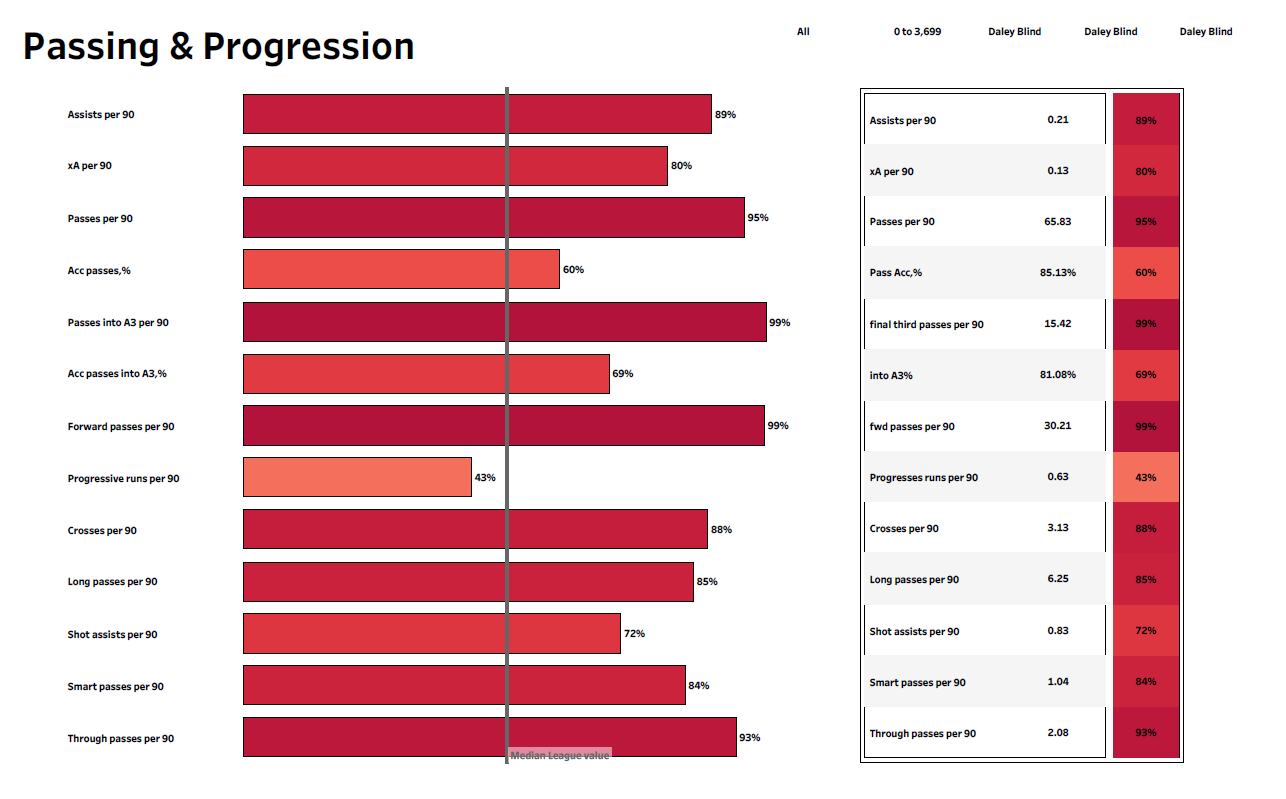 Blind’s passing and progression stats have been among the best in the Champions League, with most of his stats surpassing the league median value. Blind possesses a natural passing ability, which allows him to pick out his teammates in threatening areas in the field. When he can spot space in between the opposition’s defense, he often prefers to pass the ball forward rather than sideways. His passing ability is further highlighted by his most notable stats this season such as passes into the attacking third per 90, forward passes per 90, and through passes per 90. 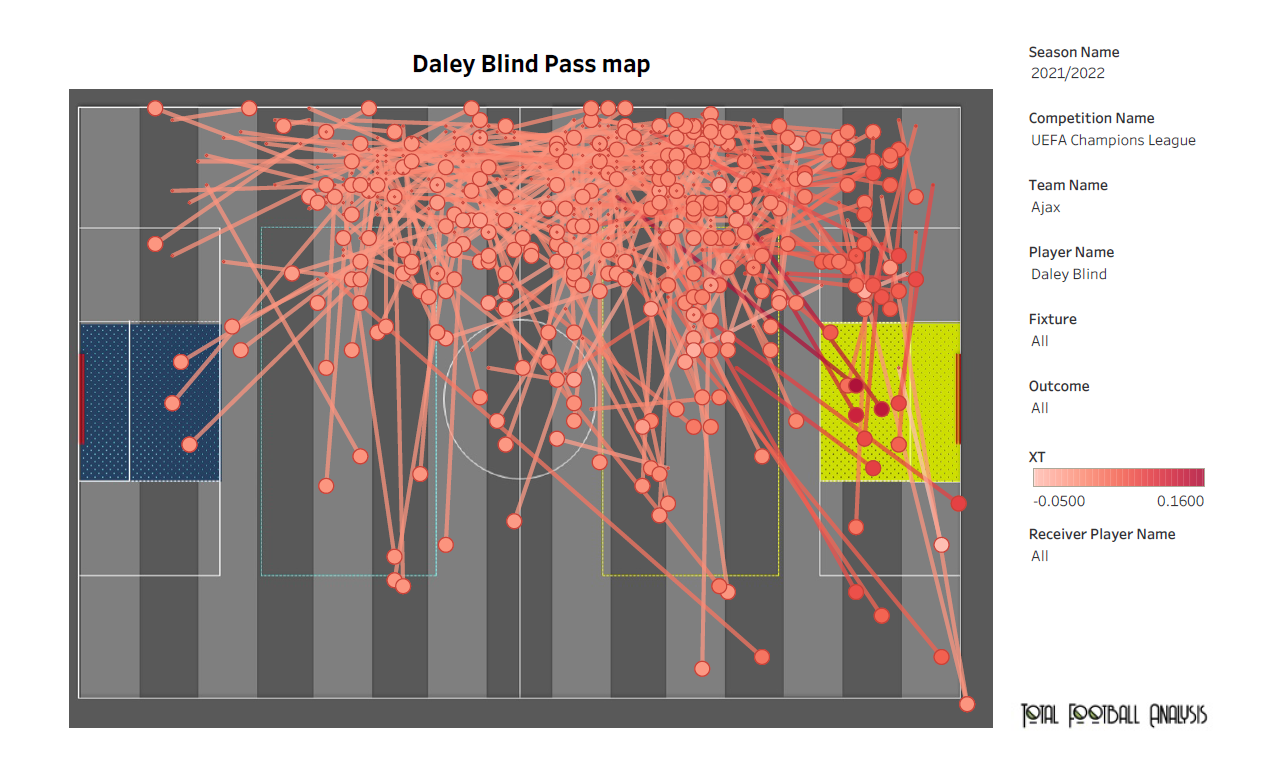 Blind’s pass map highlights the wide array of passes that he has delivered in the Champions League this season. We can see that he has played multiple threatening forward passes into the opposition’s half. In addition to his passing ability, the Dutchman is a capable tackler and can win the ball by utilizing his awareness and timing. In the situation where he wins the ball, he looks to progress the ball forward and carries on the attack. 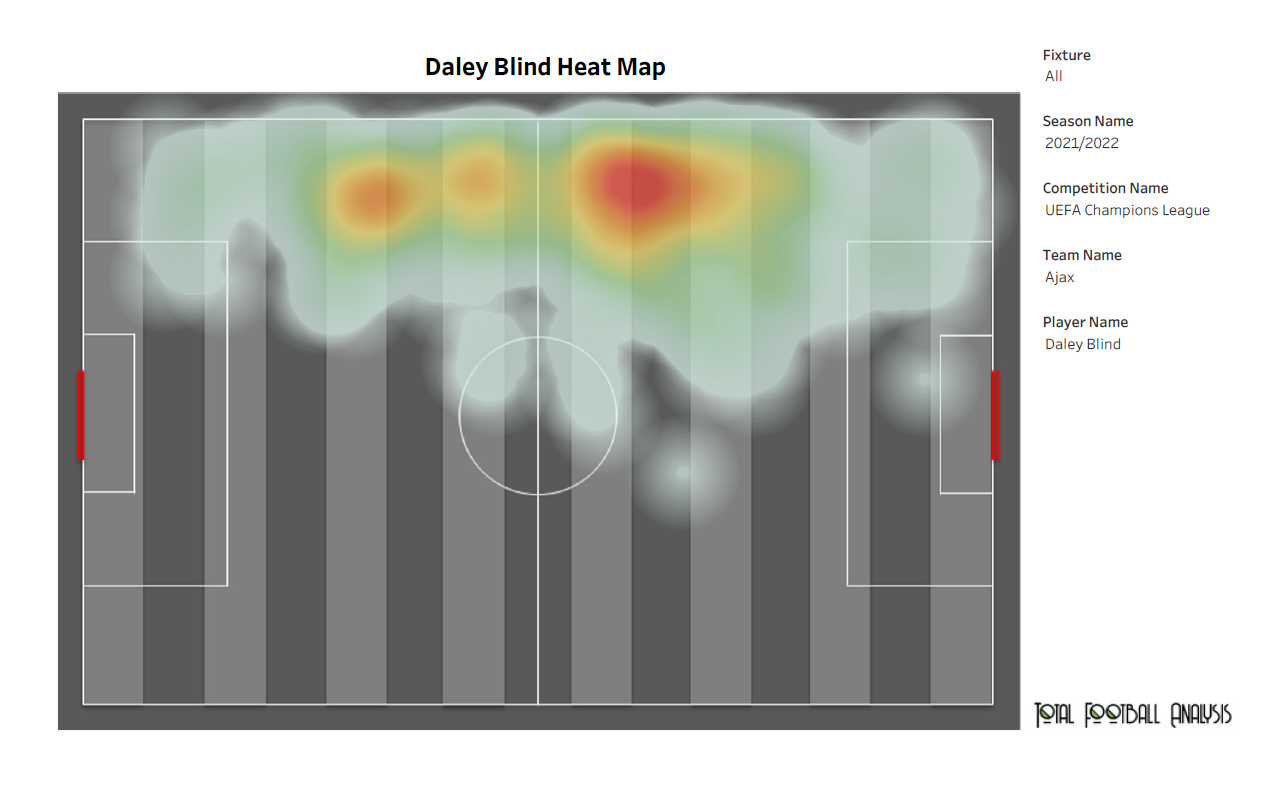 In ten Hag’s 4-2-3-1 system, Blind has been deployed as a left-back this season, although his versatility means that he can be utilized as a centre-back or as a central midfielder if required. His heat map displays the location where he is most active on the pitch. We can gauge his frequent forward runs from the map while he also tracks back plenty to aid his side during the defensive phases. 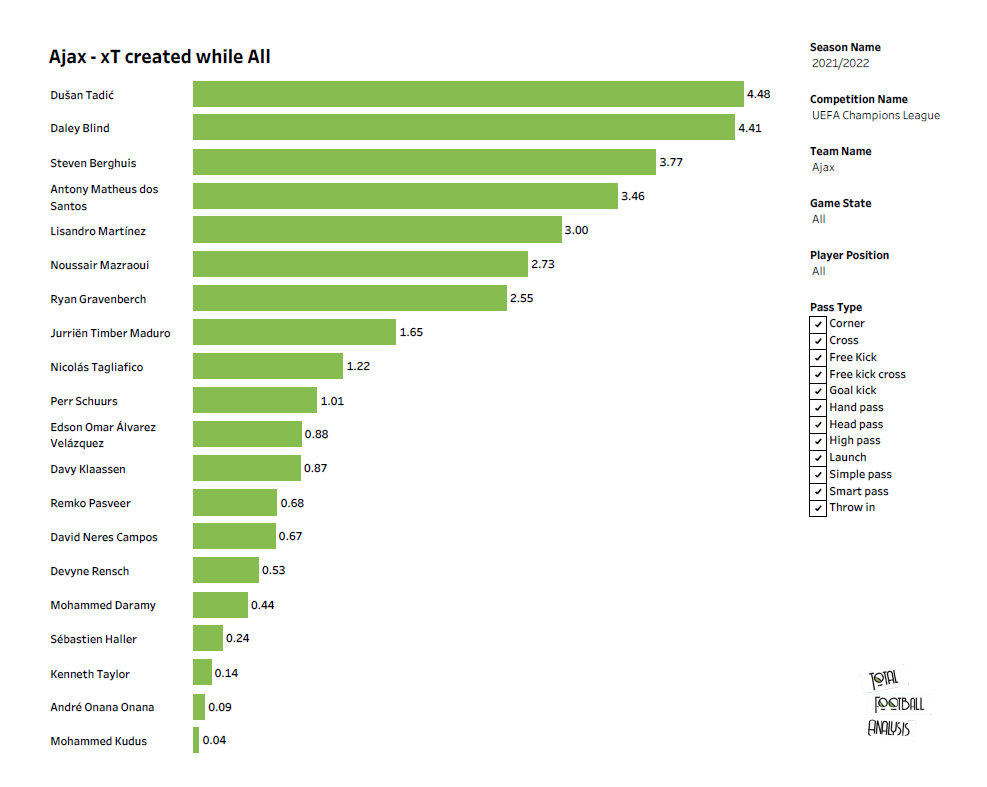 Blind’s expected threat created can be seen in the chart above. He ranks second in terms of xT created in the Ajax squad in the Champions League, whether from his passes or his received passes. Blind is confident in his dribbling ability and can get past players. His tactical awareness allows him to judge the situation, whether to carry the ball out himself or seek a nearby teammate.

In Daley Blind, Ajax possesses a brilliant player who combines his passing skills, defensive ability and tactical awareness. Blind possesses exceptional versatility and experience that will be of massive aid to ten Hag’s side as they look to make their way through the knockout rounds of the Champions League.