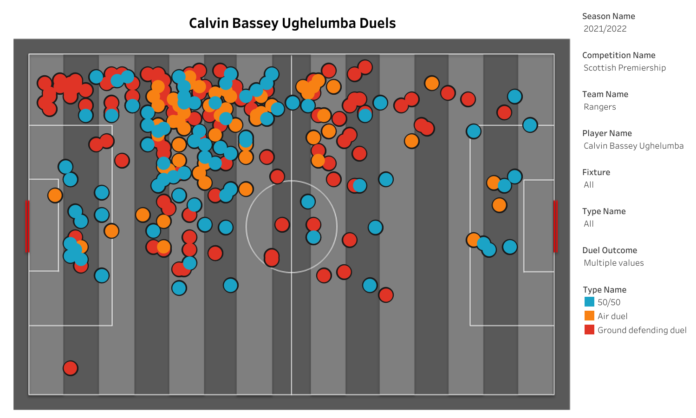 Ajax are on the verge of completing a move for Rangers defender, Calvin Bassey. The Dutch champions will have to form a new centre-back pairing after Lisandro Martinez is set to join Manchester United in the coming days. Ajax lost some of their key players in the latest transfer window. They are now looking for their replacements for a tough season under the new management. They will also go into the UEFA Champions League with high hopes for the next season. Bassey was already linked with a few other clubs, but the player decided to join the Dutch champions and play in the UEFA Champions League. He was very impressive and played a versatile role for the Scottish team. 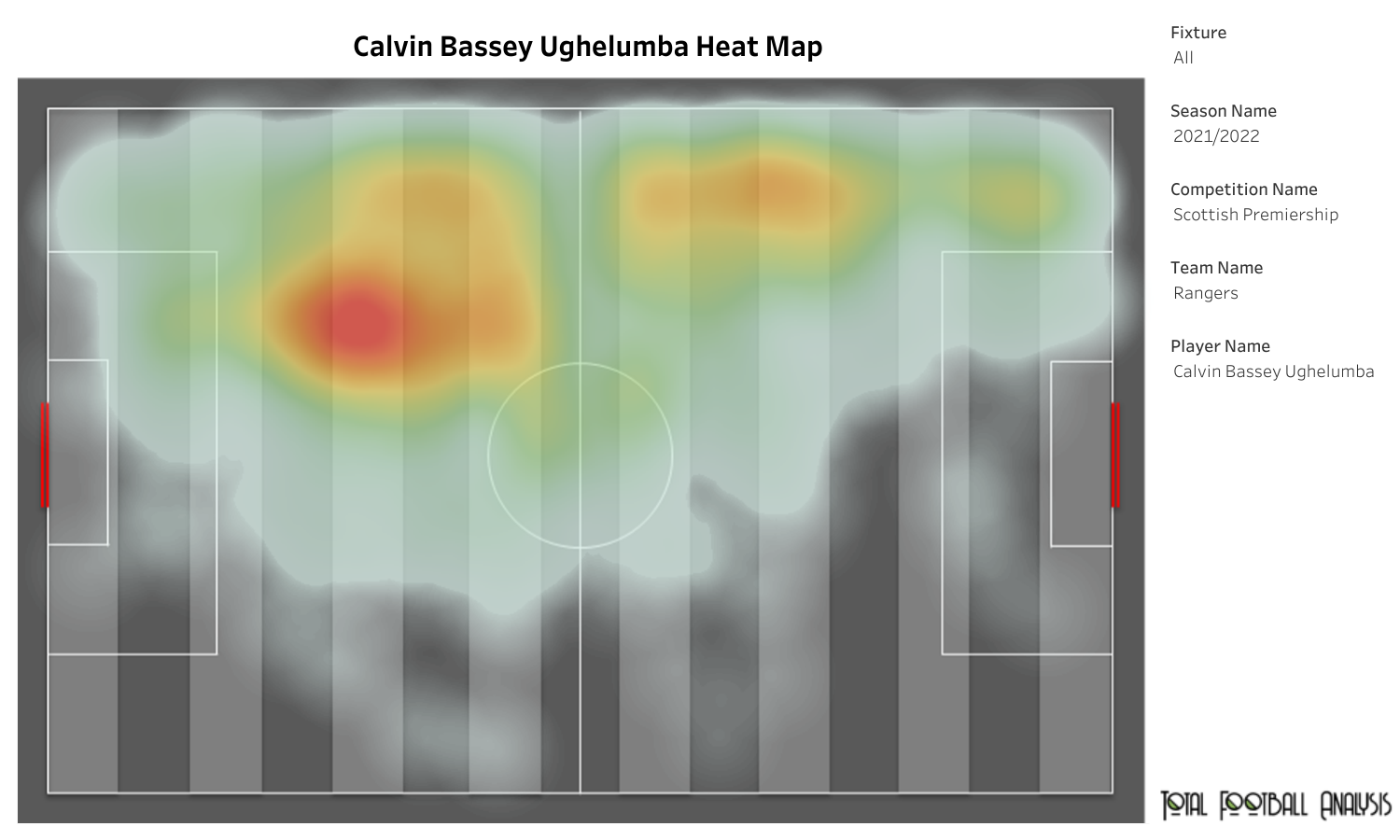 Bassey played his first full season for Rangers. He made 48 appearances for the Scottish team in all competitions. The above viz shows the heat map of the player in 29 Scottish Premiership matches. The heat map shows that Bassey played as a left-back and left centre-back. He was initially used as a left-back, but injuries to some of the main defenders forced the manager to play Bassey in the centre-back role. Bassey showed his defensive strength and commanded the defence. 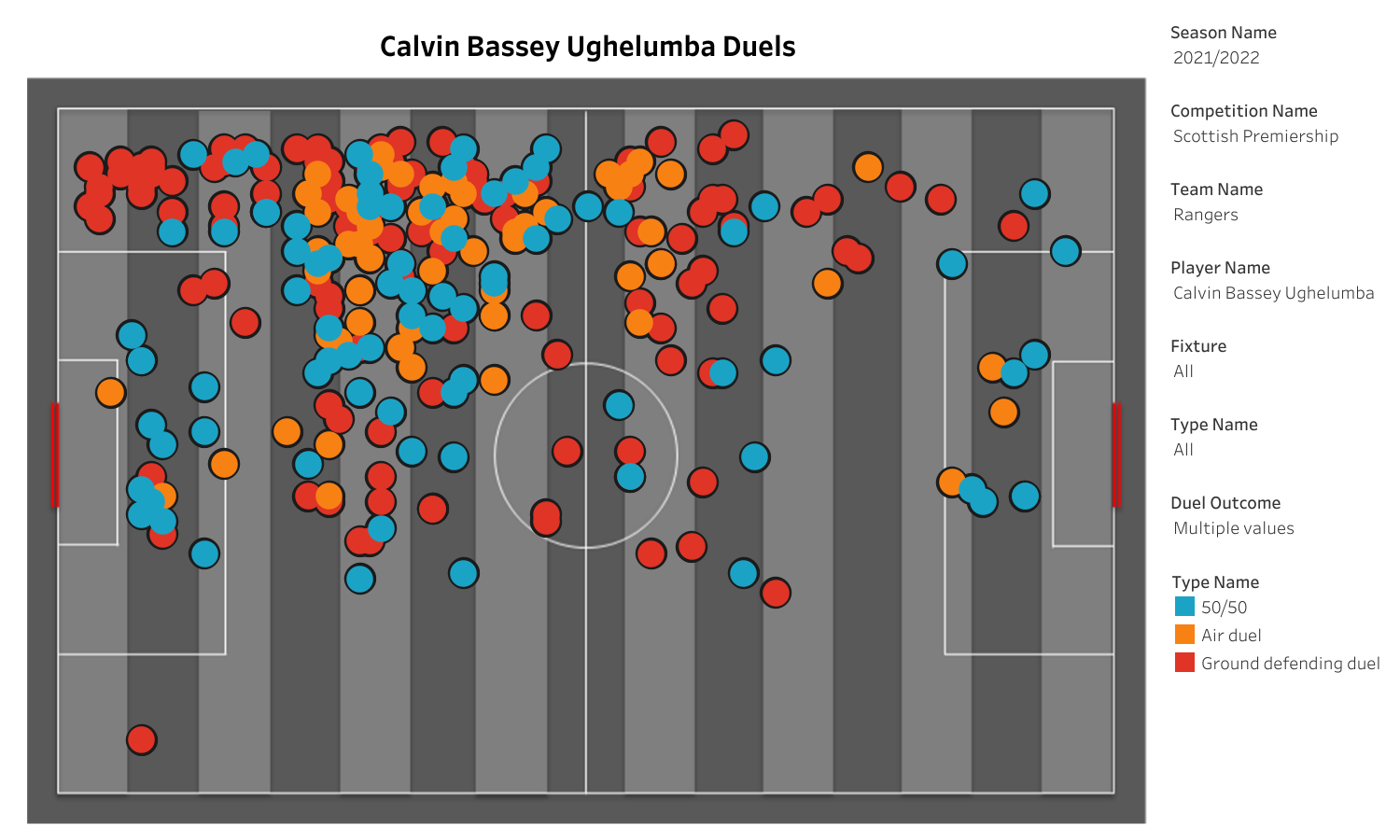 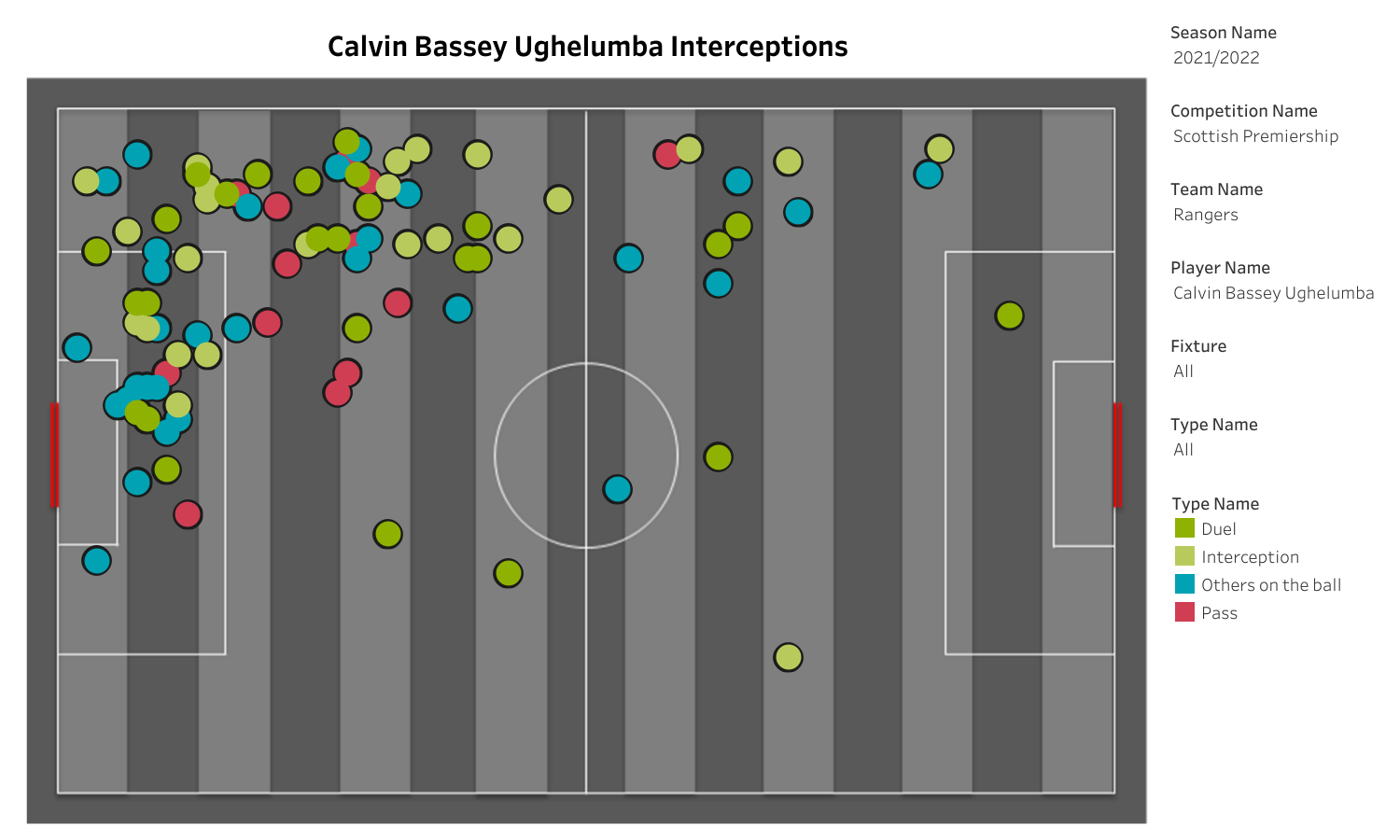 Some of his other defensive contributions included 3.05 interceptions per 90 minutes. Bassey was also involved in 10.7 recoveries per 90 minutes, and 2.3 were made inside the opposition’s half. The above viz shows that most of the interceptions were made while contesting a duel or when other players were on the ball. 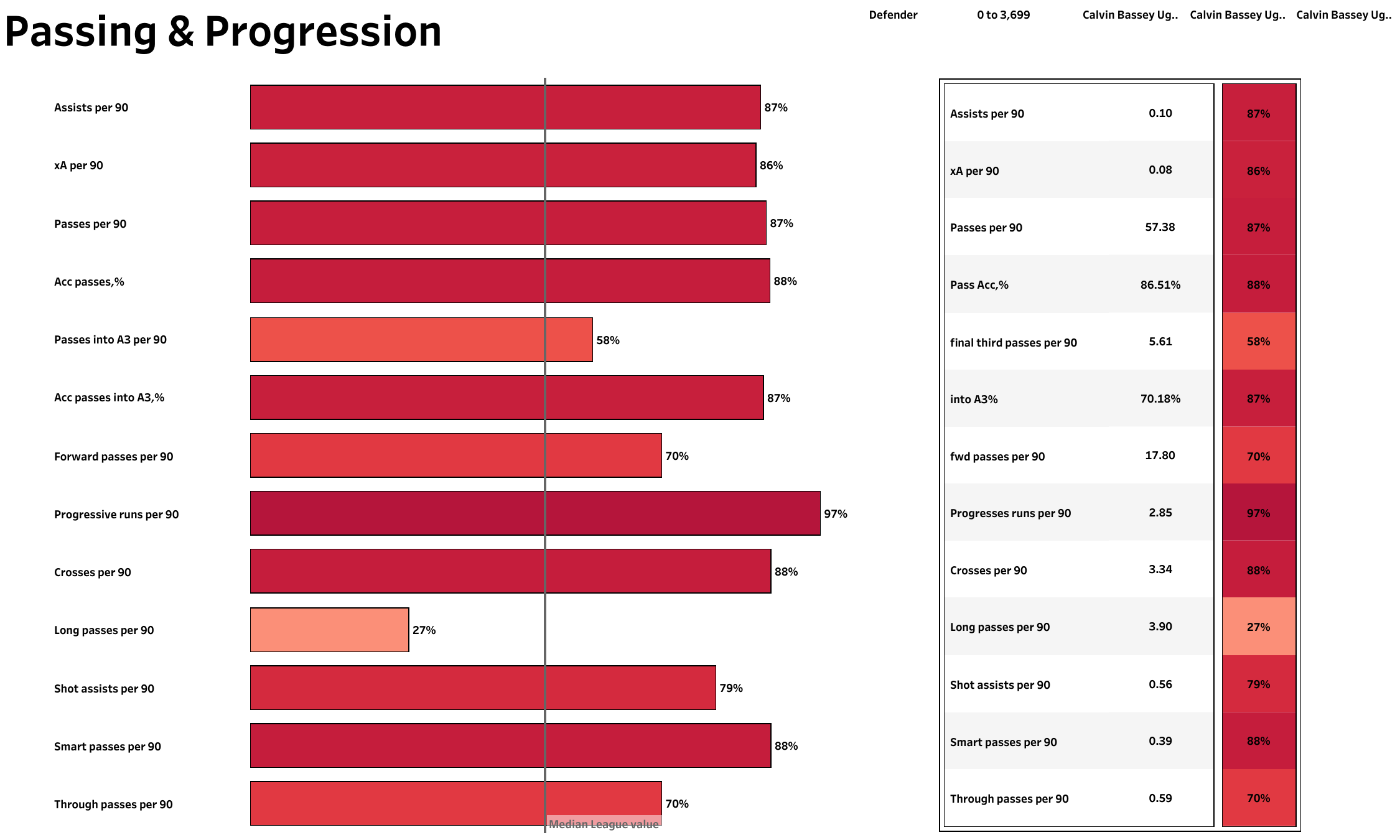 Bassey can pass the ball and was rated highly amongst other defenders in passing and progression stats. When looking at the above chart, the general rule is that the longer the bar, the better the performance — you can see the league average in the middle, and the % is the percentile rank the player is in. The Nigerian averaged 57.4 passes per 90 minutes with an 86.5% accuracy rate. He was rated highly for making progressive runs and attempting passes into the attacking third. The player can also provide different types of passes and create some chances for his teammates.

Ajax are unlikely to use Bassey in the left-back role. He would be signed as a centre-back, and the manager would also groom him in the same role. Bassey has shown a lot of potential and helped Rangers reach the UEFA Europa League finals last season. The player would be looking to make his name on the big stage and create his own Ajax legacy.

Under the microscope: How Ajax could line up this season following the exit of key players

Under the microscope: How Ajax’s frontline could shape up following key players’ transfer