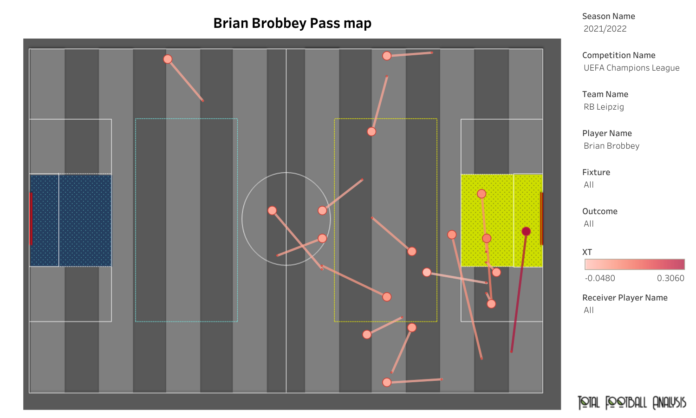 Brian Brobbey left Ajax in the summer of 2021 for German club RB Leipzig. Due to a lack of game-time, he returned to Ajax on a loan spell in January. The 20-year-old Dutch forward impressed everyone on his loan spell, and now the Eredivisie champions are considering buying him permanently. Ajax have been very inactive in the transfer window. Some of the players have left the club, and a few other players are on the wishlists of other clubs. They are on the verge of losing some of their star players. Brian Brobbey has spent a lot of time in Ajax’s academy and knows a lot about the club. He could turn out to be a valuable signing as the player is already similar to other team members. 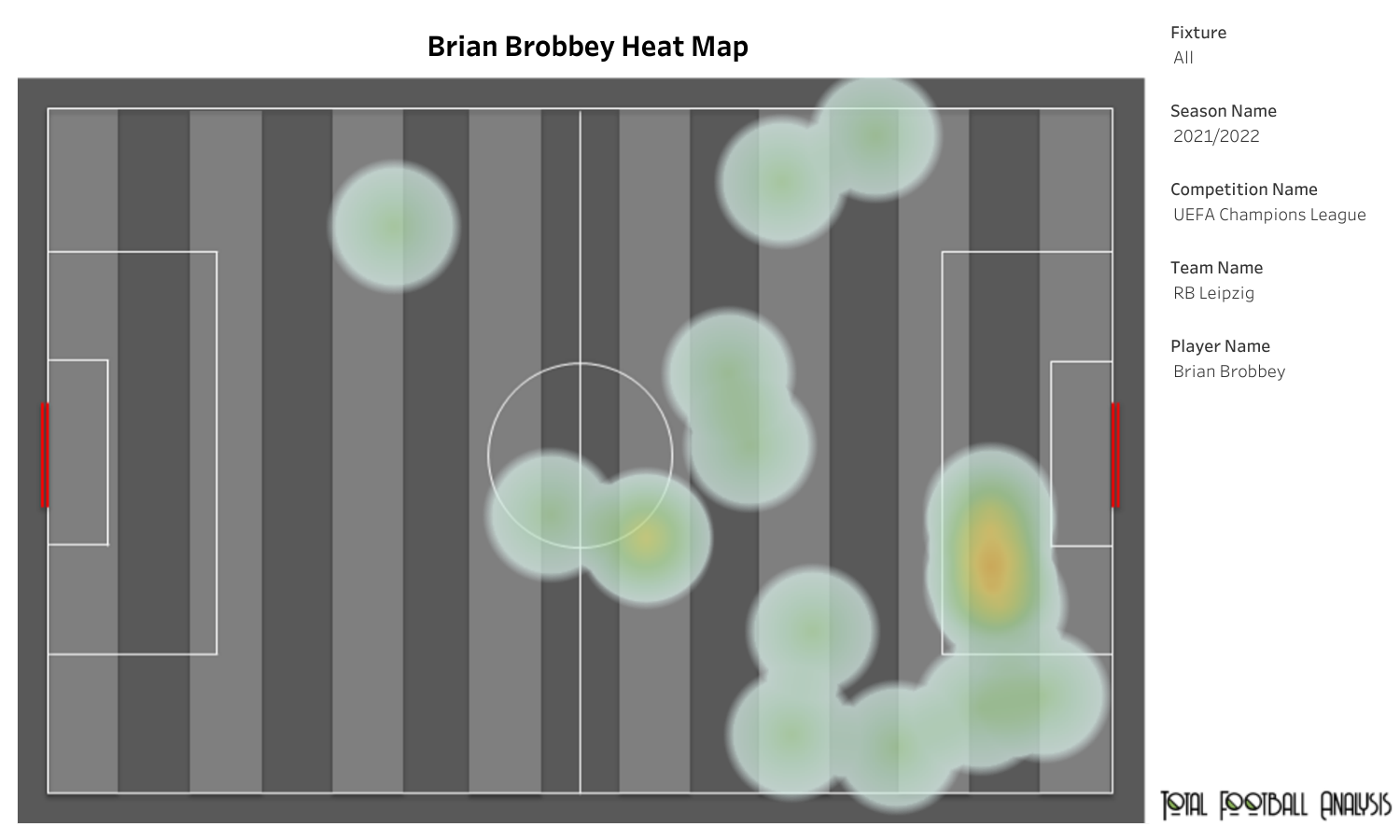 Brobbey played for RB Leipzig in the first half of the season. He made nine appearances for the German club in the Bundesliga and four in the UEFA Champions League. The player provided two assists in the league and was sent on loan for the second half of the season. He came to Ajax and scored seven goals in 11 appearances for the Dutch club in the Eredivisie. The above viz shows the heat map of the player in the UEFA Champions League. He spent 122 minutes on the pitch and featured on the right side. Brobbey failed to impress and was involved in only 4.5 attacking actions per 90 minutes. He took six touches inside the opposition’s penalty box and attempted only one shot. However, he was prolific in the Eredivisie as he scored seven goals in just 11 appearances, and these included only four starts. 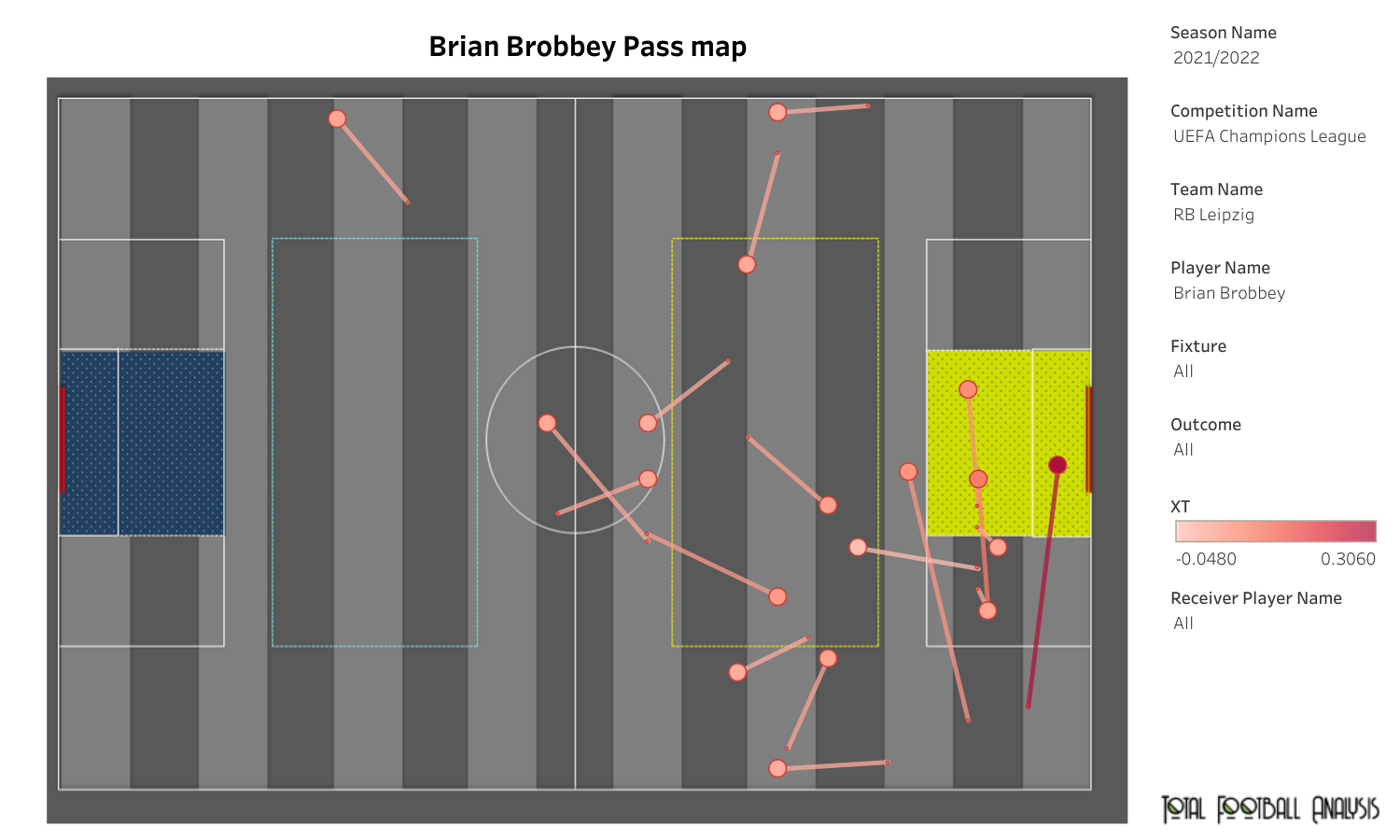 The above viz shows all the passes that were attempted by the forward in those four appearances. Brobbey attempted very few passes but delivered passes into some dangerous areas inside the opposition’s penalty box. This shows that the player can provide an assist or two if he is given more minutes on the pitch. 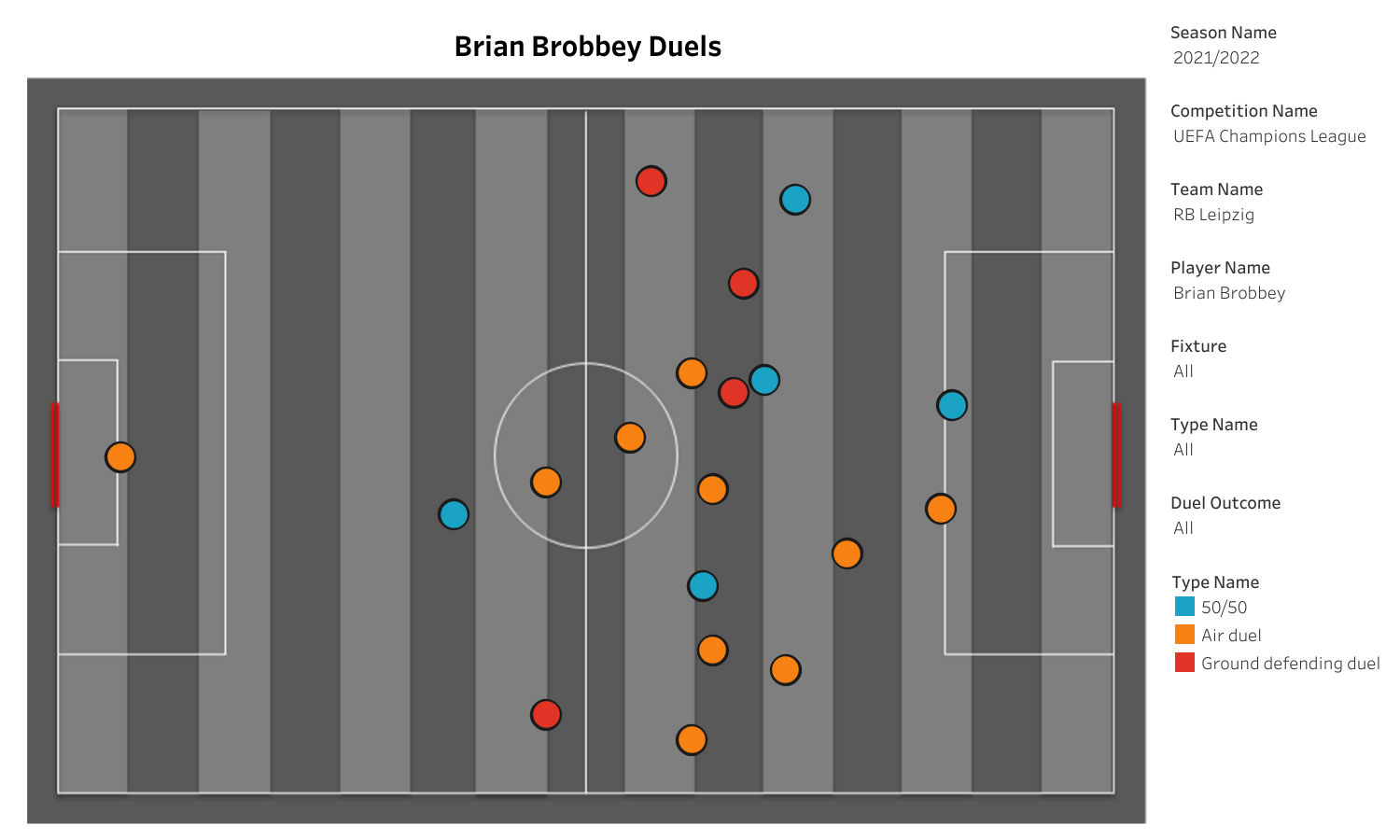 Brobbey is also not afraid of contesting a duel. He contested ten aerial duels, five loose ball duels, and four defensive duels. Most of the duels were contested in the middle third. Brobbey made six recoveries, and five were made inside the opposition’s half. He has a high work rate and could be a handy addition to Ajax’s side.

Ajax will be short of a few players due to the recent transfer activities. Sebastien Haller is joining Borussia Dortmund, and that will leave a big hole at the top of the attack. Ajax is looking for players to solve their problems, and Brobbey could be one of them.

Under the microscope: Dynamic Daley – Key reasons why the versatile...