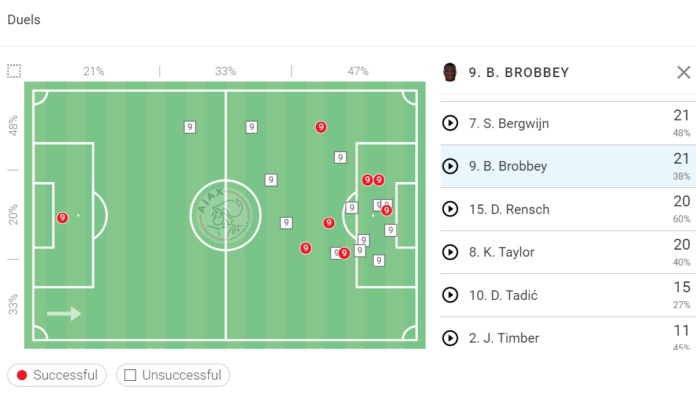 The recent transfer window saw a lot of shuffling of players from one club to the other. Some of the teams lost their upcoming players, while others lost their first team players. The teams strengthened their squads as they prepare themselves for a busy season. One of the teams that was affected in the transfer window was the Dutch Eredivisie champions, Ajax. Their manager, Erik ten Hag, became the new Manchester United manager, and he took Lisandro Martínez with him. Ryan Gravenberch and Noussair Mazraoui were signed by Bayern Munich, and their main striker, Sebastien Haller, was signed by Borussia Dortmund as a replacement for Erling Haaland. Some of the other players also left the club. Haller’s departure meant that Ajax were short of attacking options and needed some reinforcements. Brian Brobbey’s loan spell ended, and the Dutch club decided to sign him permanently. The 20-year-old is now into his second spell at the club. He is slowly starting to settle into the number nine role and is the number one choice for the manager.

Brobbey was signed by German club RB Leipzig from Ajax in 2021. Due to limited game-time, the youngster decided to join his former club on a loan spell in January. He impressed Ajax by scoring seven goals in 11 appearances, which included only four starts. Ajax decided to sign him permanently, and now he is leading their attacking line. Let us look at some of the stats that show how the player is settling into his new role. 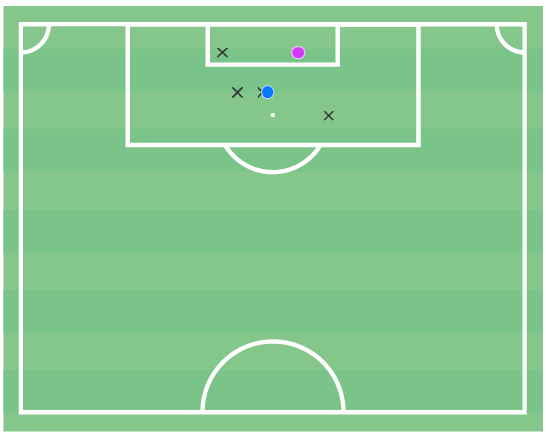 Brobbey has started in the last two league games for Ajax and came on as a sub in the opening match of the season. He has spent 197 minutes on the pitch and scored a goal along with two assists. The above viz shows the shot map of the player in these three appearances. Brobbey attempted six shots, with two hitting the target. The forward has attempted all his shots from inside the box and scored his only goal of the season from inside the 6-yard box. He has also taken 16 touches inside the penalty box, and that makes him a threat to any defence. 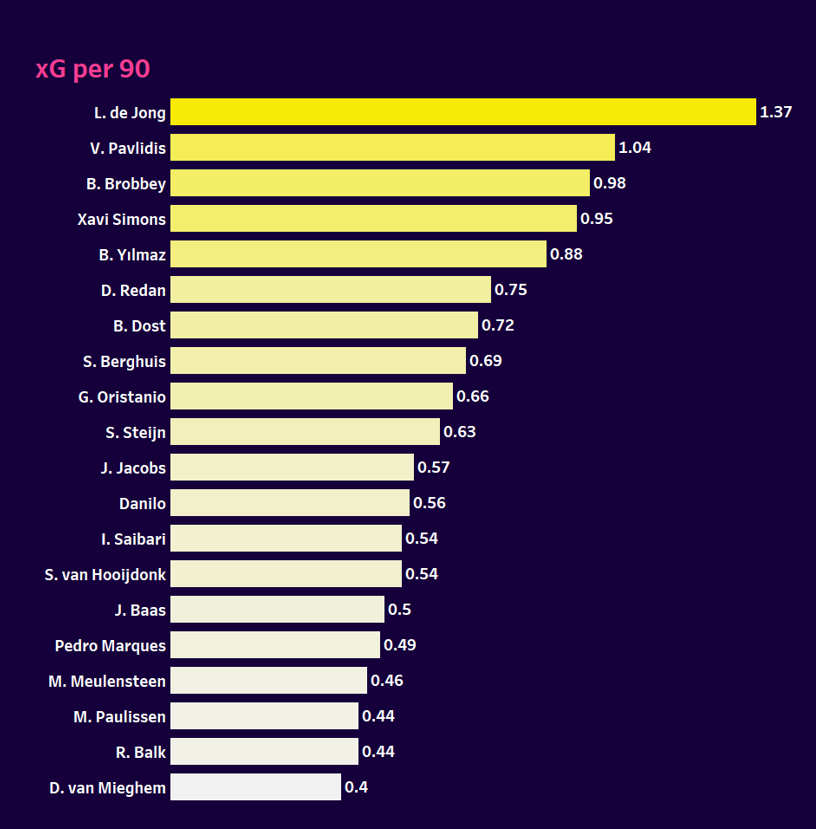 The 20-year-old has one of the highest xG rates per 90 minutes in the league. This is primarily due to his shot attempts from inside the box. Had Brobbey hit the target more than twice in his six attempts, then the xG rate might have gone a bit higher. There is still room for improvement for the youngster, and he could lead the chart going further into the season. 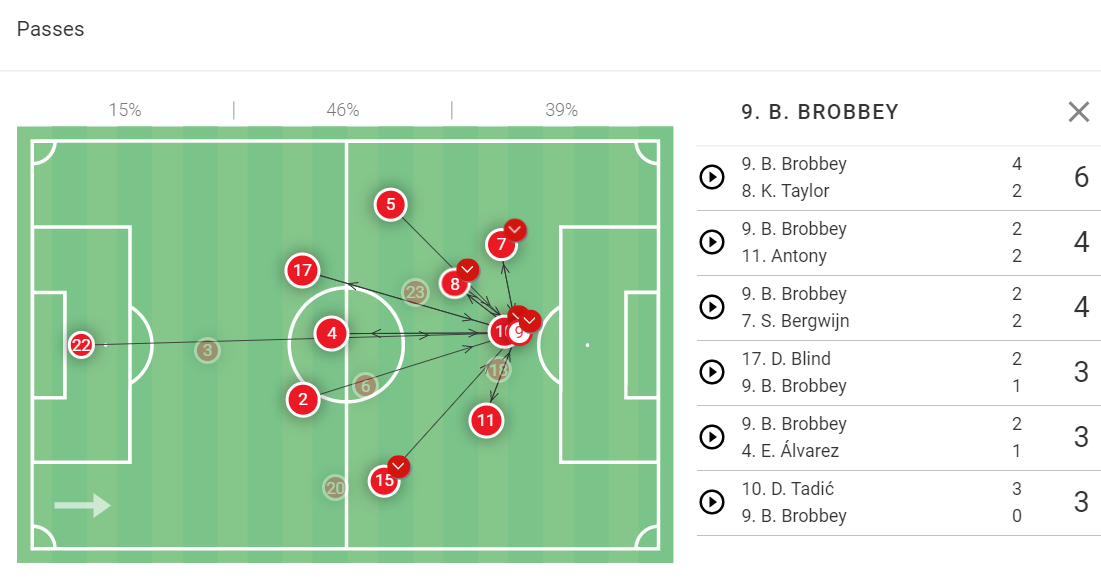 One of the areas where Brobbey has impressed is his link-up play with his teammates. Brobbey plays as the lone striker and receives passes from a lot of his teammates. The above viz shows the striker has received passes from all areas of the field and has also distributed the ball to the flanks. He has two assists to his name with an xA rate of 0.97. Haller had the skills to hold the ball and link play with other teammates. Brobbey is also linking plays and keeping his team on the front foot. 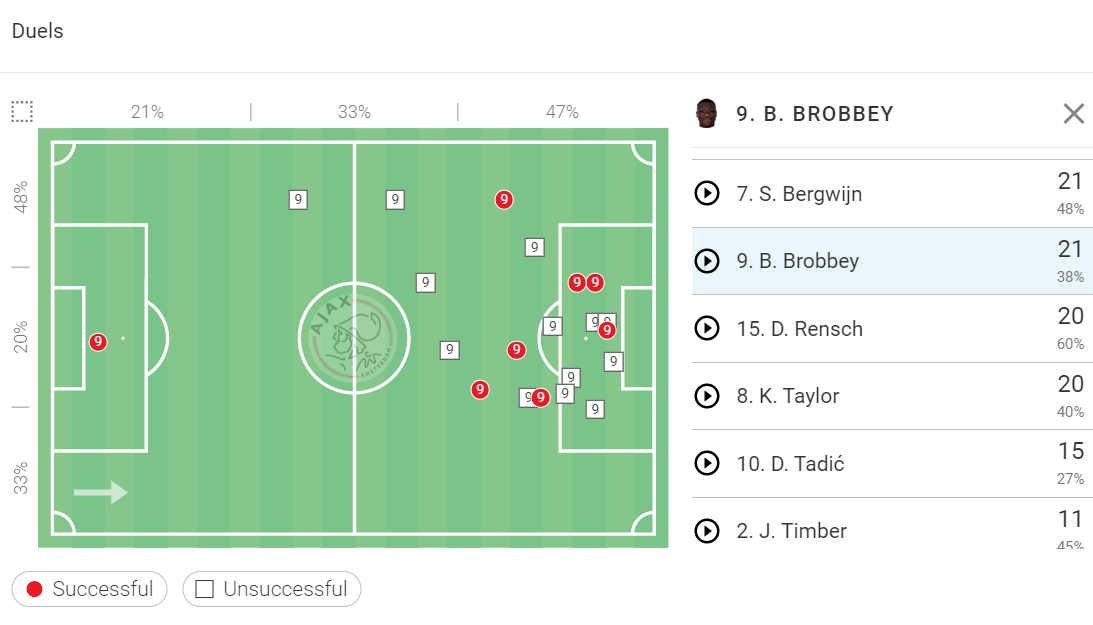 Brobbey has had a decent start to the season. He has managed to find space inside the box and also assisted his teammates. He is still 20 years old and has a long career ahead of him. Brian Brobbey will look to improve his stats and keep the consistency that can take him to the top. Ajax’s management will be happy to see another academy product performing well on the big stage.

‘Does a lot of good’- Ajax are nurturing another young international...