Ajax kick-off their Eredivisie season this weekend, with a lot of changes on the side. Alfred Schreuder has taken over Ten Hag’s legacy and hopes to retain the league title and do better in the UEFA Champions League. Erik ten Hag’s departure led to the transfers of some of the top-rated youngsters. Ajax also lost Sebastien Haller to Borussia Dortmund after the German club decided to buy him as a replacement for Erling Haaland. They bought in some players and retained Antony to help them achieve their targets for the upcoming season. Now, let us look at how Ajax’s frontline could shape up under the new manager.

Ajax will play in a 4-3-3 formation under Schreuder. They have signed Steven Bergwijn from Tottenham Hotspur and Brobbey was also signed on a permanent deal from RB Leipzig. These two have pace and will be a great addition to Ajax’s squad. 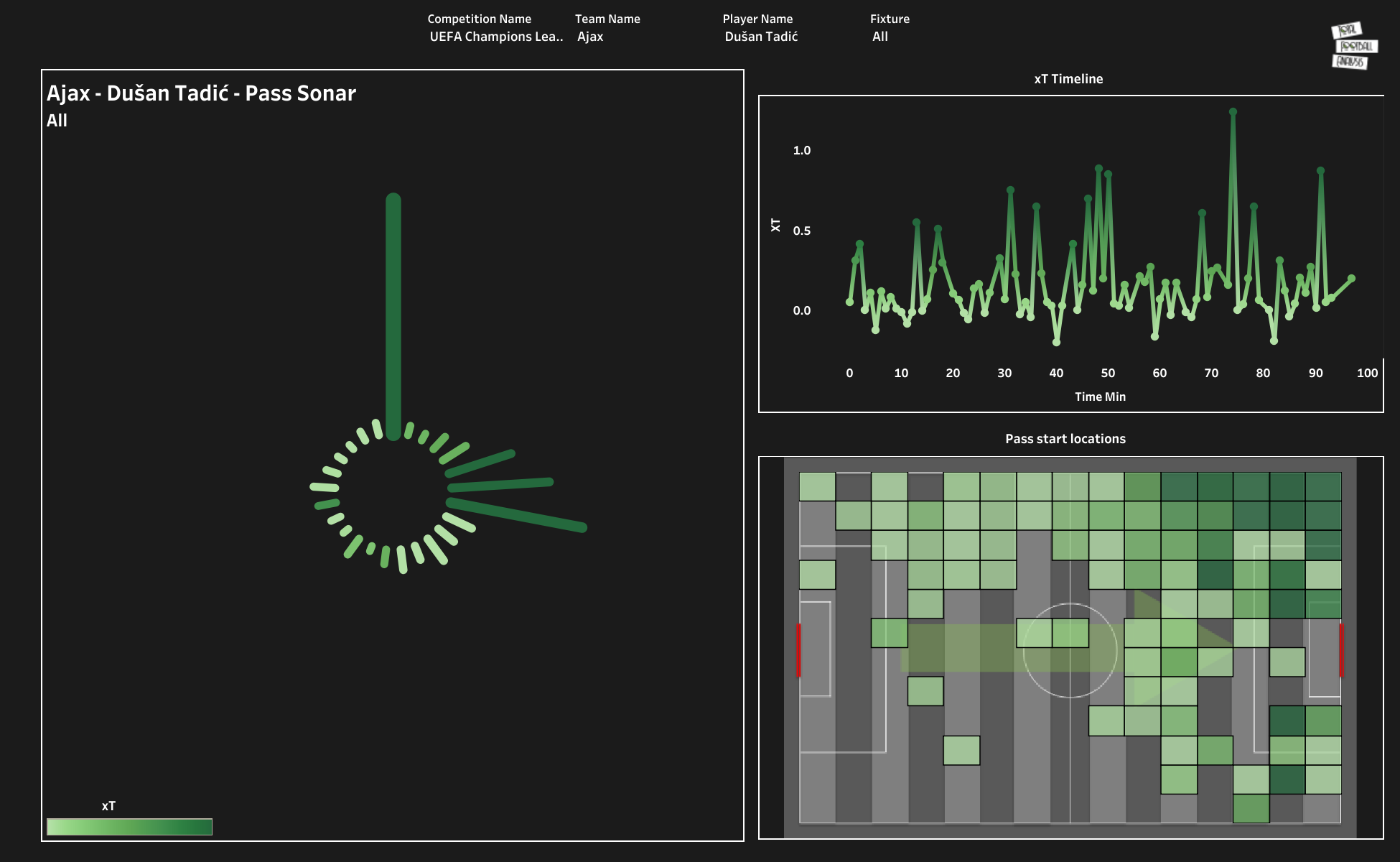 Dusan Tadic is expected to play the number nine role. He will play as a false nine and allow the wingers to make runs. The above viz shows that last season, the player featured on the right side. However, things will be a bit different as Ajax haven’t replaced Haller. Tadic is likely to play in the centre as he has done this previously. Steven Bergwijn will take his position on the left flank. The 22-year-old Antony could prove to be the decisive factor for Ajax. He was following in the footsteps of his former manager and was on his way to Old Trafford. Ajax stopped the transfer as this would have left them with one less attacking option. He provided four assists in the UEFA Champions League last season and will look to contribute more in the upcoming season.

Other attacking options available to the manager are Brian Brobbey and Mohammed Kudus. Ajax need to work a lot if they want to retain the league title and perform well in the UEFA Champions League. They lack experience in the attack and might sign one or two players before the transfer deadline. Their youngsters are talented but need a senior player to guide them. Ajax will play with a front three next season and look to earn titles.

Ajax did a brilliant job in keeping Ziyech till the end...