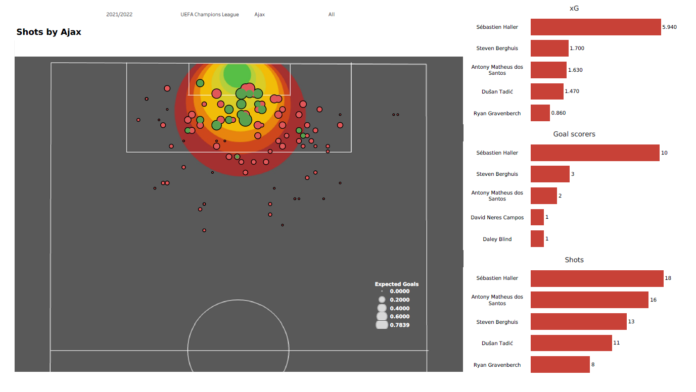 Since the beginning of the Champions League no Dutch club had won the opening four group matches until ten Hag’s 2021-22 Ajax side achieved the feat. Not only did Ajax secure victories in all six of their group stage matches, but they did so in a dominant manner. Few seasons after their famous run to the semi-finals of the Champions League in 2019, Ajax this campaign have looked like a team capable of surpassing that run. Their performances in the group stages have given a cause for concern to the other top European sides aiming for the coveted Champions League title.

At the start of the season, Ajax were drawn in Group C, which consisted of Borussia Dortmund, Sporting Lisbon, and Besiktas. Many fans and pundits alike touted Dortmund to finish the group stage as winners. However, three matches in, it became evident that the scenario is going to be very different from what was predicted. In their first group stage match, Ajax dispatched Sporting 5-1 at the Jose Alvalade Stadium. Sebastian Haller produced one of the most impressive performances in his Champions League debut, finding the back of the net four times. Antony, Berghuis, and Haller were brilliant as Ajax dominated in their first group stage match.

The Dutch giants followed their first win in group stages with another comfortable 2-0 win against Besiktas at home. Haller and Berghuis were again on target for their side. Ajax’s first stern test on paper came against Dortmund at home. However, 25 minutes into the match, it became clear that ten Hag’s men were not aiming for the second spot in the group stages. The match finished 4-0 as Ajax were dominant yet again. The return leg started with an away trip to Dortmund. While Dortmund led the match 1-0 at half-time, Ajax produced a remarkable come-back in the second half, finishing the game 1-3. The Dutch giants wrapped up the group stages with another round of fine performances against Besiktas and Sporting. As a result, Ajax made their way to the knockouts of the Champions League, finishing the group stages as Group C winners. In addition, they scored 20 goals and conceded just five.

Let’s take a look at some stats from Ajax’s group stage matches and benchmarking to understand what made Ajax so dominant in the group stages. 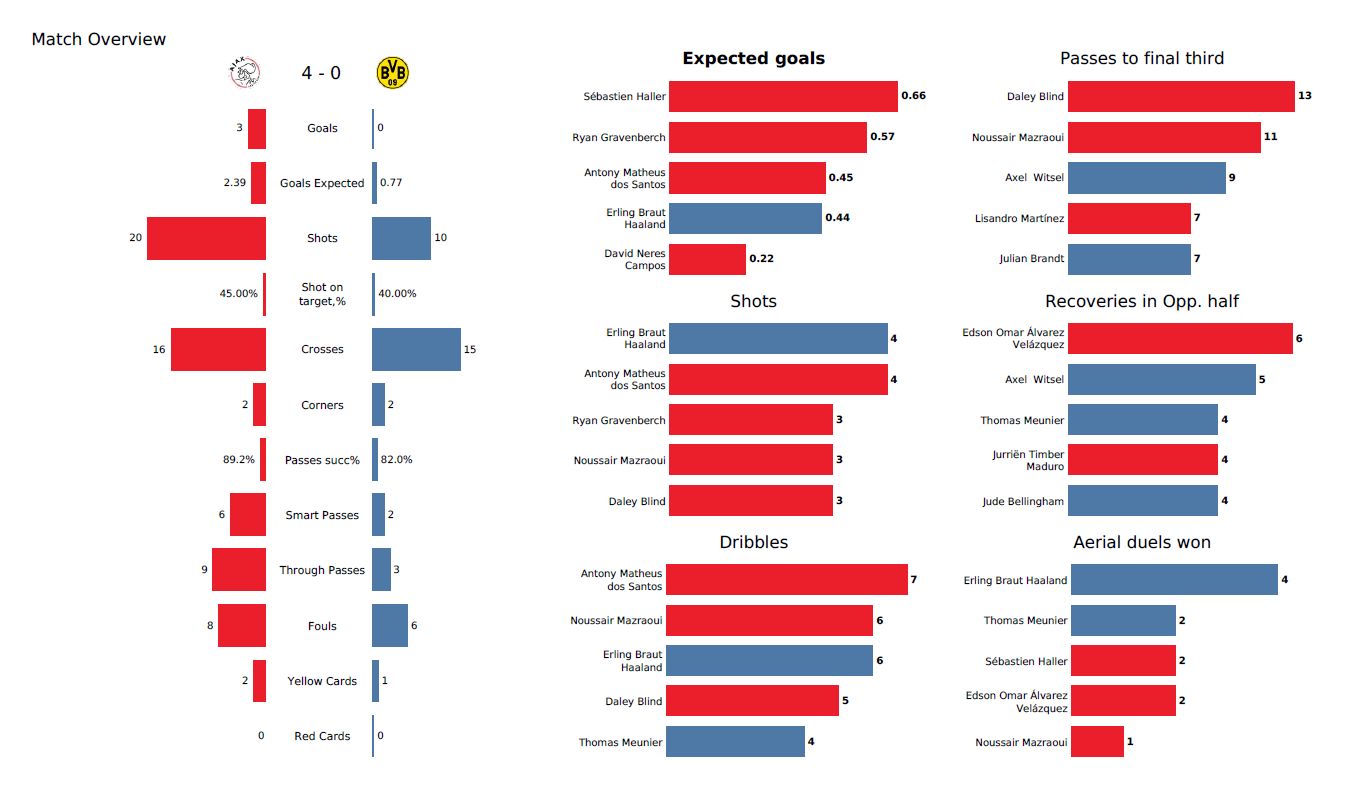 Ajax’s current squad consists of talent from the academy, players scouted from Latin American countries, and former Premier League players whose time in England was not that memorable. In their home game against Dortmund, Ajax produced a remarkable 4-0 victory. Sebastian Haller, who currently leads the Champions League scoring chart with 10 goals, had the highest xG. Antony made the highest number of dribbles, while Daley Blind made the highest number of passes to the final third. 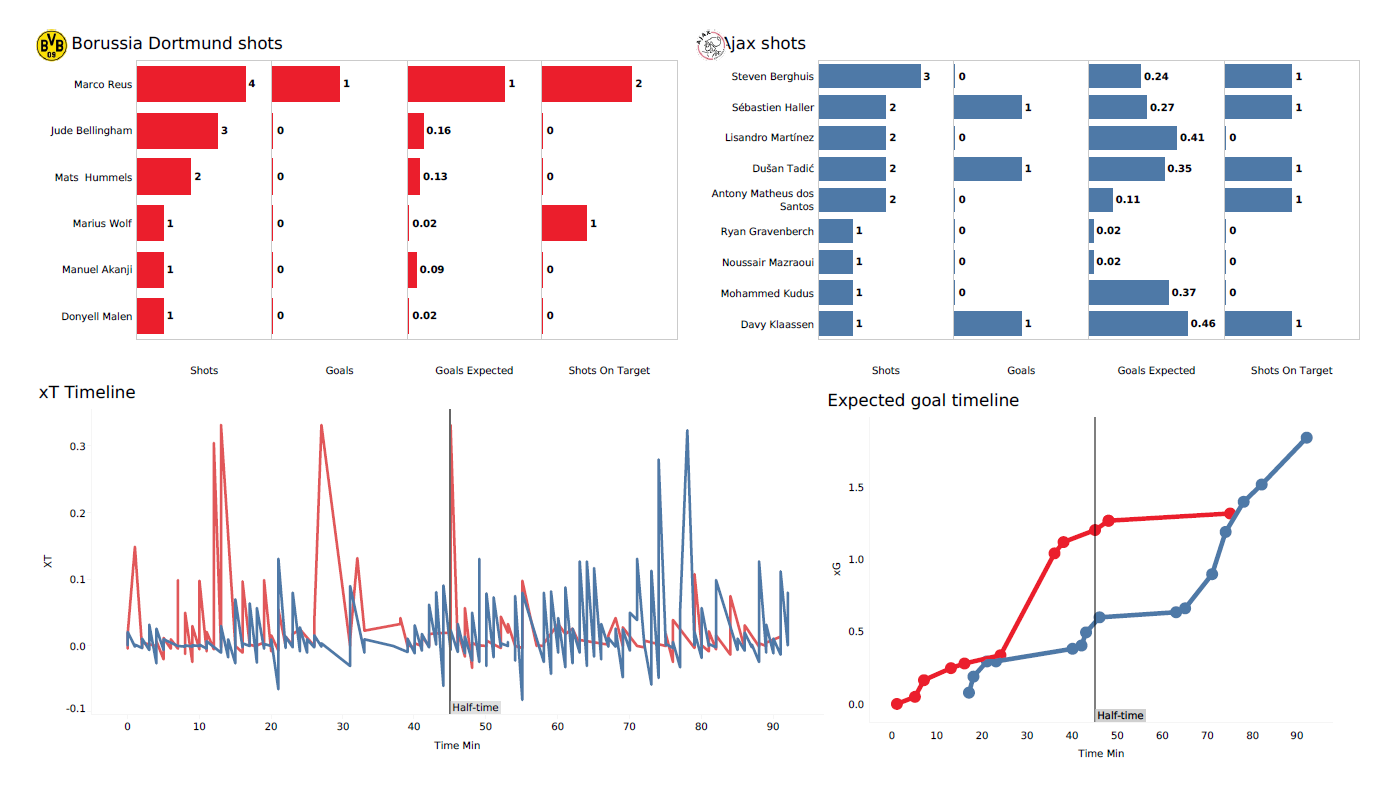 In the return leg away against Dortmund, Ajax fell behind in the first half via a Marco Reus penalty. However, they dug deep and were able to produce a remarkable come-back in the second half. Goals from Tadic, Haller, and Klaasen ensured that Ajax took home the three points. In terms of the xT timeline, Dortmund were the more threatening side in the first half, however, they were dominated by Ajax in the second half. The xG timeline follows a similar suit, with Ajax coming out on top after the break. 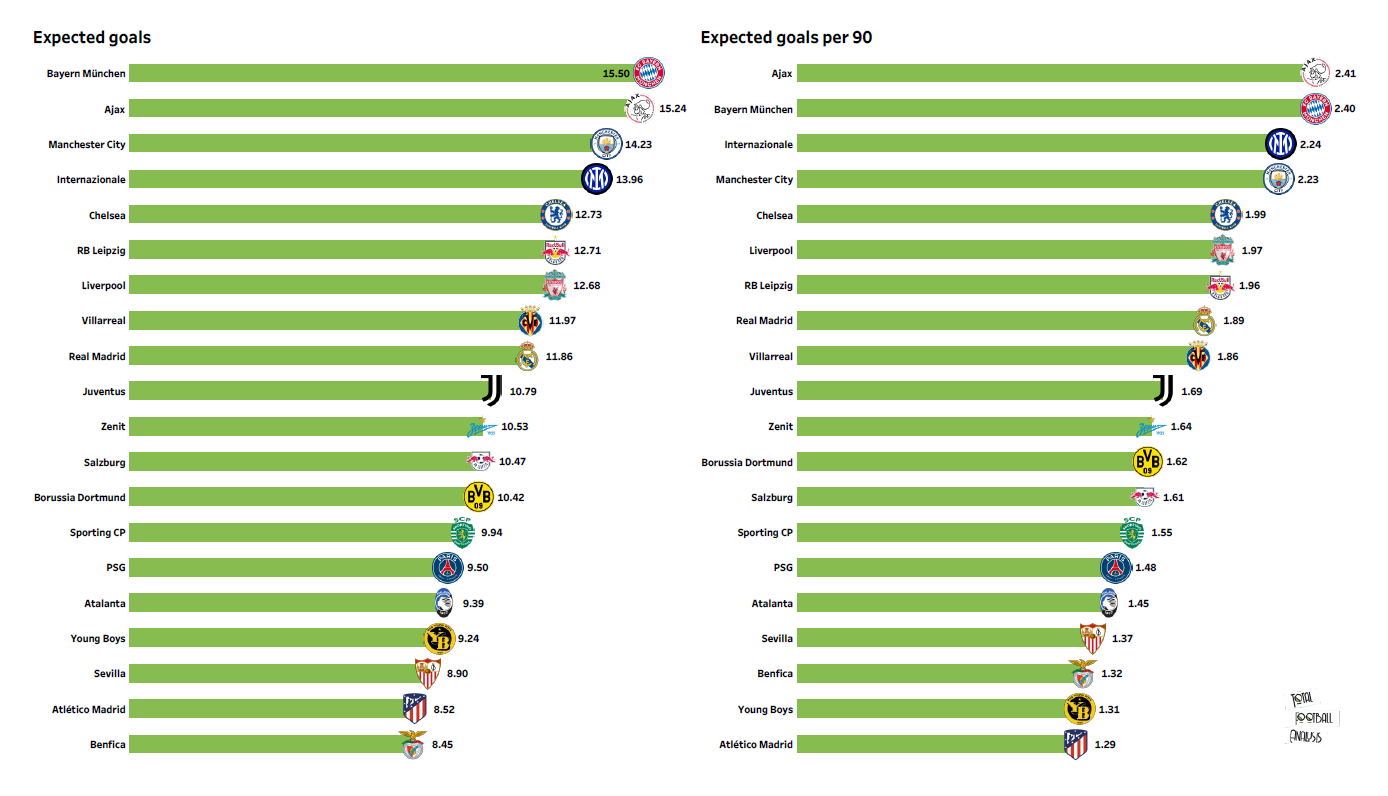 In terms of the expected goals, Ajax are second in the Champions League, marginally behind Bayern Munich. It is a testament to Ajax’s attack this season that they are placed above European giants such as Manchester City, Inter Milan, Chelsea, and Liverpool. 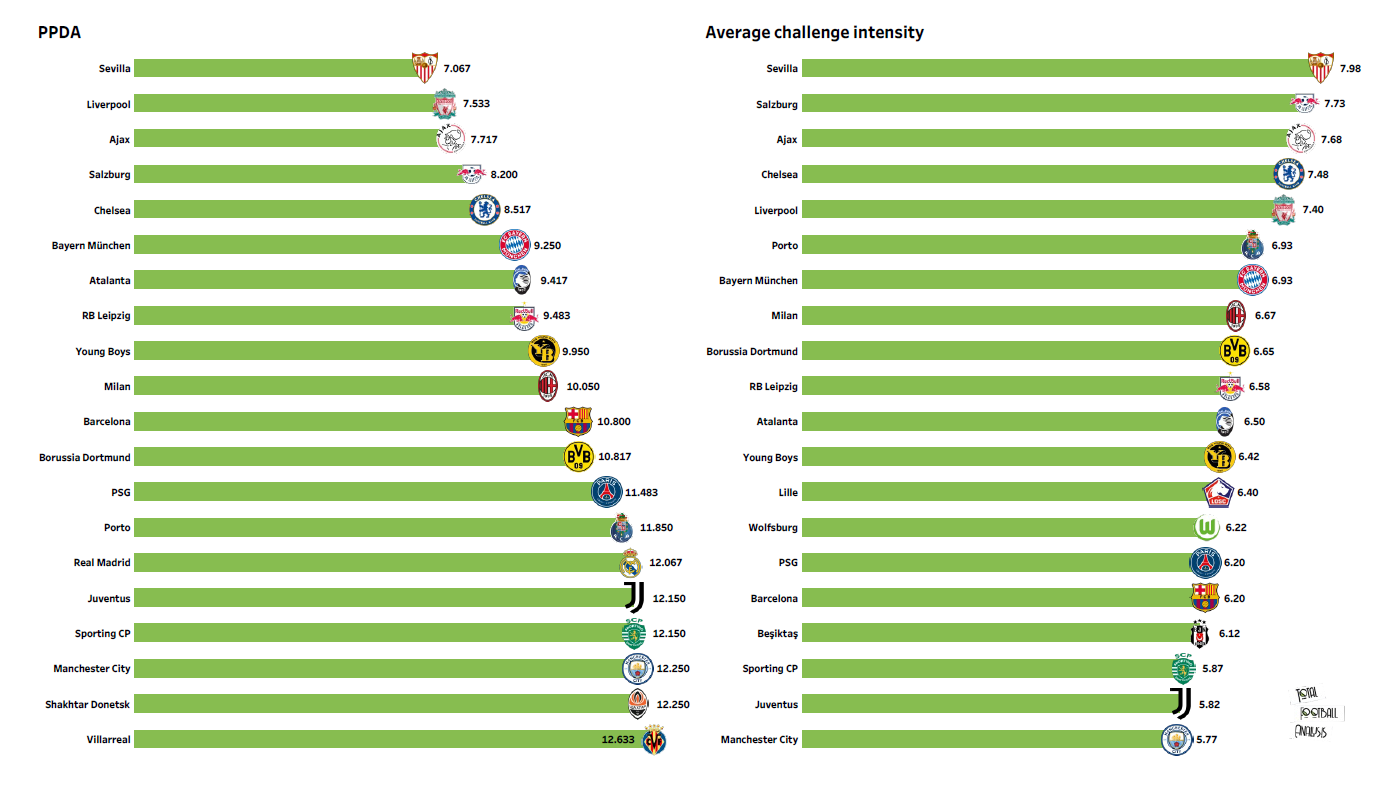 In terms of PPDA, Ajax are third in the Champions League, indicating that they have been efficient in their defensive pressing. Ajax’s average challenge intensity puts them on the third spot as well, which further highlights that Ajax have been very active in recovering the ball when the opponent team was in possession.

A combination of factors made Ajax such a dominant side in group stages. Ten Hag’s side are a shrewdly recruited unit of players, that combines young talent with experienced players effectively.

Under the microscope: Can Sebastian Haller fire Ajax past the Round...

Transfer Talk: Junior Adamu – The youngster who could replace the...